On Monday, SpaceX launched its second batch of 60 communication satellites into space as part of a multi-thousand-satellite mission, known as Starlink, designed to provide global broadband internet service.

Those satellites, staked into a 30-story-tall block sitting atop a SpaceX Falcon 9 rocket, were lifted off the ground around 10 a.m. and completed stage separation an hour later. Since then, the cluster of satellites have been dispersing from one another toward their final altitude.

Team is go for launch of 60 Starlink sats tomorrow—heaviest payload to date, first re-flight of a fairing, and first Falcon 9 to fly a fourth mission. Watching 1 sat that may not orbit raise; if not, 100% of its components will quickly burn up in Earth’s atmosphere pic.twitter.com/OrI8L0ntFK

SpaceX plans to launch four more batches in the near future. Since the beginning of this project, astronomers have voiced concerns about the possibility of Starlink satellites reflecting too much sunlight and interfering with scientific star observation. SpaceX has said this won’t be a problem once the satellites are settled into place. But before they get there, astronomers’ worry is real. But, on the bright side, it does provide stargazers a chance to catch a glimpse of these man-made objects flying overhead with just the naked eye.

It all boils down to when and where to look. According to Ars Technica’s resident rocket photographer Trevor Mahlmann, you are most likely to spot a Starlink satellite at least 30 minutes before sunrise or 30 minutes after sunset this week. It’s also possible to get a sighting at night, if the sky is dark enough for the devices to shine.

As far as where to look, the tech news site recommended a few free online resources to help you plan your star(link) gazing.

For example, Heavens-Above.com, a nonprofit website specializing in helping people observe satellites, maintains a real-time list of all the upcoming visible Starlink passings (from Monday’s launch) within 24 hours. CalSky.com, a site tracking not only satellite transit but also the movements of natural celestial bodies, provides similar guidance plus a map of each satellite passing to further facilitate the process.

Finally, for more serious satellite fans who wish to take a photo of a Starlink flyby, there is a paid service called FlightClub.io which allows you to visualize Starlink passings in real time on your phone while setting up your camera in the field. The app is often used by professional astronomers for rocket launch simulations and photography planning. 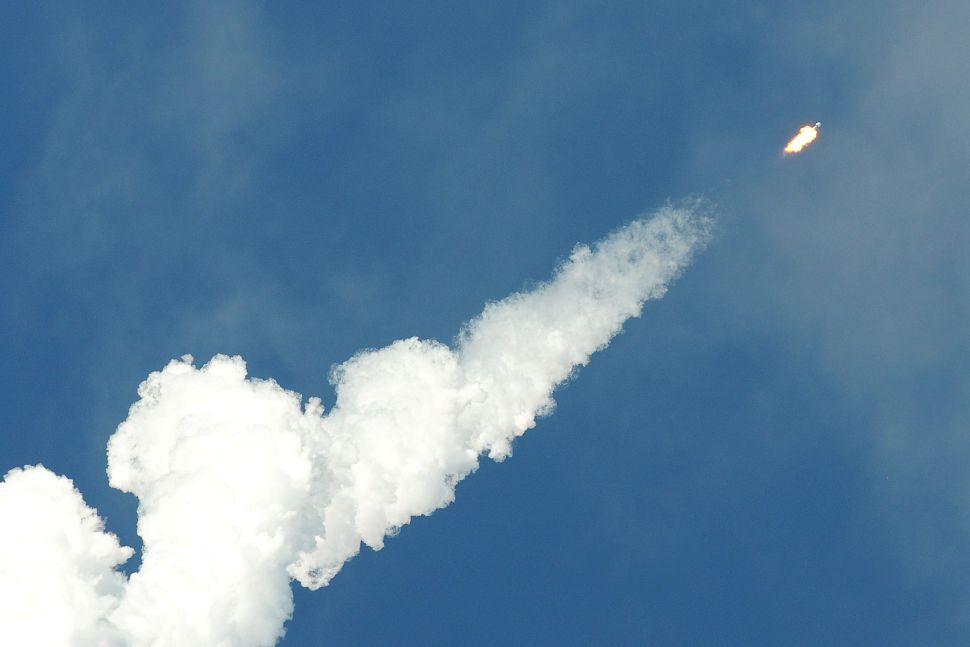