Last week, Elon Musk’s SpaceX launched 60 communication satellites into space as the second batch of its Starlink project, which aims to provide global broadband internet service through a constellation of thousands of Earth-orbiting satellites.

Including the first batch of satellites launched in May, SpaceX has sent up a total of 120 Starlink satellites so far, with hundreds more planned for next year. But since there are only about 3,000 manmade devices orbiting Earth currently, SpaceX’s planned pace of Starlink launches is seen by some astronomers as too ambitious and potentially dangerous. One of their main concerns is the possibility of these satellites being too bright when sunlit and therefore interfering with normal scientific observation.

That worry just recently became reality. On Monday, Clarae Martínez-Vázquez, an astronomer at the Cerro Tololo Inter-American Observatory (CTIO) in Chile, tweeted a photo of a few strings of Starlink satellites flying over her telescopes during an observation.

Martínez-Vázquez’s is a member on the DECam Local Volume Exploration (DELVE), a three-year survey to observe nearby galaxies. Her project colleague, Cliff Johnson, an astronomy researcher at Northwestern University, posted a telescope frame of Starlink satellites blocking galaxies in a Twitter reply.

The batch of Starlink satellites launched last week were first deployed at an altitude of 280 kilometers (174 miles), where they could be seen with the naked eye, and then gradually raised to their operational altitude of 550 kilometers (342 miles).

While it’s fun to see a couple of SpaceX satellites flying over head with the naked eye, it’s quite a disaster for professional astronomers to have these devices randomly block regular observation.

“This happened just before astronomical twilight,” Johnson said of Monday’s incident in an interview with Forbes contributor Jonathan O’Callaghan. “By almost any observing standard this was still the heart of the night, exactly when you want to be taking data. And especially when you want to use every minute of observing time you get on these telescopes and these facilities.”

“Losing five minutes isn’t that bad,” he added. “But if we’re going to go into a future where you end up losing 30 to 60 minutes, that would be a significant chunk of our observing time through the night.” 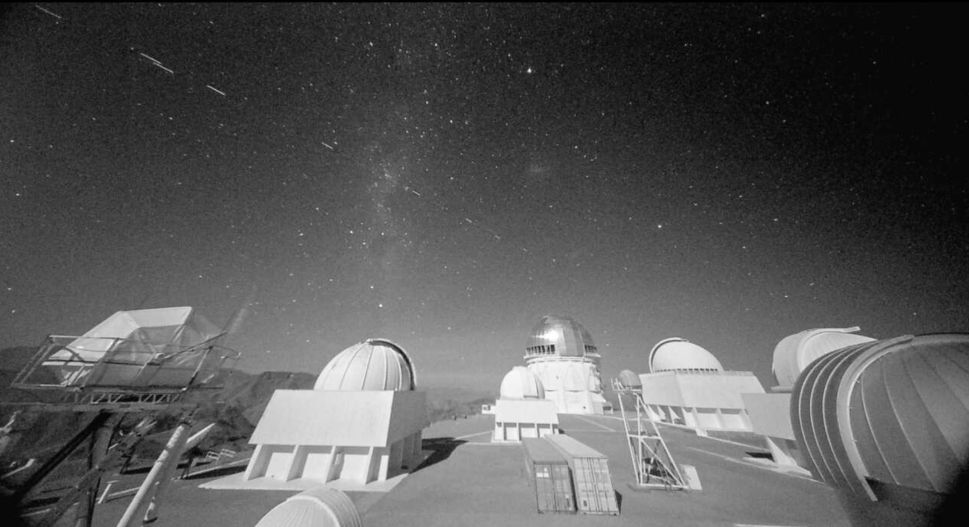