Sterling K. Brown is a humble guy, but his voice is the audible equivalent of swagger. It’s this deep, up-the-ladder kind of sound that begins in his chest and rumbles outward in a smooth baritone. It holds both authority and warmth, a friendly high-pitched up-down laugh and intense precision.

The actor who plays a lovable dad on NBC’s This Is Us and the not quite as lovable dad in Trey Edwards Shults’ Waves—A24’s new film tracking the emotional journey of a suburban African American family in the wake of a tragic loss—is Hollywood’s latest darling. Aaron Sorkin dreams of working with him and the Internet continues to swoon at his every move. Today, a warm October day, we find the 43-year-old impeccably dressed—this matches with that and that color coordinates with this. It’s impressive. No one would’ve blamed him if he opted for comfy clothes for a full day of interviews. But, as Brown himself proudly boasts in his Twitter bio, he is an “all around beast.” Anything less than 100 percent falls very far outside of his domain. Maybe that’s because Brown is a sea of swirling ambitions that find their outlet in the array of characters he gets to inhabit.

“I think there’s true value in illuminating the human condition and I know that there are so many people living inside of me, I’m aching for the opportunity to let all of them out,” he says.

Many actors are self-doubters, finding solace in make-believe. The formative years can be a petri dish of self-consciousness and confusion, triggering fantasies in both celebs and us regular folk of being someone else. But Brown revels in the opportunity to slip in and out of different characters because he can connect them—in one way or another, for better and for worse—to who he already is.

He’s perhaps best known as Randall Pearson, the endearingly goofy and passionately driven do-it-all dad on broadcast TV’s biggest hit. Soon, he’ll also be known as Ronald, the well-intentioned but domineering father of a Miami family in Waves, which is opening this weekend and carries a powerful message to audiences. Both dads are devoted patriarchs, yet they’re hardly mirror images. Randall is quick with a corny joke or grand gesture to lift spirits while Ronald’s high expectations feel more like crushing weights to his son Tyler (a heartbreaking Kelvin Harrison Jr.) rather than pillars of support. Browns connects to both in different ways.

“There’s the part of me that cries like a baby during Inside Out and Kung Fu Panda. That is very much Randall,” he explains. “Then, there’s Ronald, the part of me that can be somewhat of a task master, when I’m working on football or soccer drills with my son. He shows me what he can do and then I want to try to maximize that ability up until the point where he says, ‘Dad, I need you to be quiet.'”

He pauses, gathering his thoughts about these two opposing fathers. “There are different ways to love and they manifest themselves in different ways, and they don’t always feel loving, but that doesn’t mean that it isn’t coming from a place of love.”

I think I just experienced four months worth of therapy for the low cost of my subway fare.

If you immerse yourself in the given circumstances of a character, Brown explains, it will yield different results even if the roles on your resume occasionally share a powerful commonality. The loving father seems to be the connective tissue between the actor’s biggest parts to date. In Marvel’s Black Panther, the $1.3 billion worldwide phenomenon that served as a touchstone of representation in blockbuster Hollywood, he plays the small role of N’Jobu, a well-meaning but misguided royal revolutionary and father to the film’s antagonist. In Waves, his character yearns to protect his children, but learns that decisions made from a place of fear have a way of manifesting themselves into what we dread most. Brown intuits this lane, which is well suited to his emotional intelligence. But being just one thing isn’t of interest.

“I know I can make people laugh just as much as I make them cry, so I’m looking forward to exploring that aspect,” he says. “Once my brand starts to formulate, I find myself consciously trying to destroy it.” He’s a prize fighter jabbing his way around the ring to avoid being boxed in.

It’s interesting that Brown has shown the propensity to work with capable yet somewhat callow filmmakers in his career. Black Panther (Ryan Coogler), Hotel Artemis (Drew Pearce), Waves (Shults), and next year’s The Rhythm Section (Reed Morano) were all helmed by directors with three or less feature films under their belts. He claims it’s not intentional, but when reflecting back on it, he pinpoints the common denominator.

“I think there’s something about a novice’s spirit. There’s a full recognition that you get the best product when everybody feels as if their voice is heard,” he says. “None of them ever made me feel as if I was a pawn piece being moved on a chess board without an ability to navigate for myself where I think I should go.”

So, where does Brown think he should go next? He’s a two-time Emmy winner and A24 will mount a Best Supporting Oscar campaign for his turn in Waves. This Is Us has been renewed through Season 6 and he’ll pop up in the highly-anticipated third season of Amazon’s The Marvelous Mrs. Maisel (a likely source of that laughter he was talking about). Fans on Film Twitter are calling for Warner Bros. to cast him as John Stewart in the long-gestating Green Lantern project—a move Brown wholeheartedly supports. But, ultimately, he’ll go where the stories take him.

“I’m profoundly proud of something that just brings people together,” he says. Maybe, just maybe, he’s looking for something that brings together all of the people inside of him too. 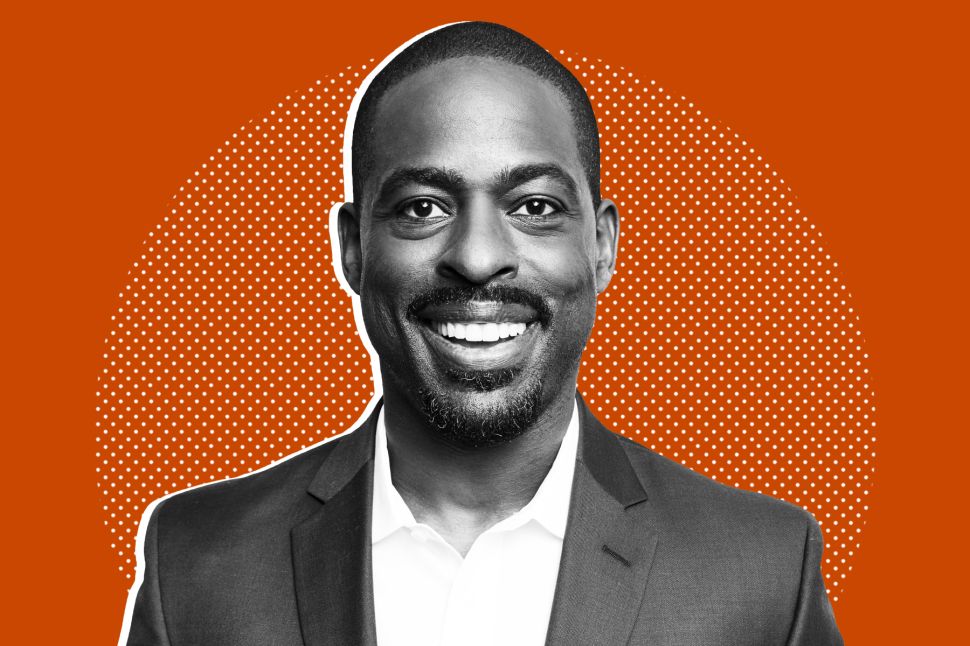