All over the world, far right ideologies have returned to the fore of public conversation with a terrible insistency. This resurgence can be linked to a troubling global rise in the sale of Nazi memorabilia, some of which has fetched huge prizes at auction: in January of this year, Hitler’s bunker telephone sold for $243,000. Some houses, like Christie’s and Sotheby’s, have altogether banned the sale of Nazi items, but others persist, suggesting that some kind of industry-wide intervention may be needed. On Monday, intervention came in the form of a Lebanese-born Swiss real estate mogul named Abdallah Chatila, who told the Associated Press he had purchased Hitler’s top hat, a silver-plated edition of Mein Kampf and additional Nazi memorabilia at an auction in Munich last week with the intention of destroying them.

Chatila, who said he paid $660,000 for the items in question, reportedly decided to make the purchase after reading about objections to the Hermann Historica auction written by Jewish groups. Instead of destroying the memorabilia as he had originally intended, he instead has decided to send the items directly to the Keren Hayesod-United Israel Appeal group. “I wanted to make sure that these pieces wouldn’t fall into bad hands, to the wrong side of the story, so I decided to buy them,” Chatila told the AP. “I have no direct interest whatsoever, I just thought it was the right thing to do.”

When reckoning with the historical legacy of fascism while smack dab in the middle of the current far-right resurgence, artistic organizations and businesses like Christie’s have helped to repatriate and return art that was looted by the Nazis at the height of their power. But auction houses and museums have also, either knowingly or unknowingly, passed along or sold art that was obtained in brutal ways. One surefire way to prevent neo-Nazis from slobbering over Hitler’s personal telephone? Don’t sell it in the first place. 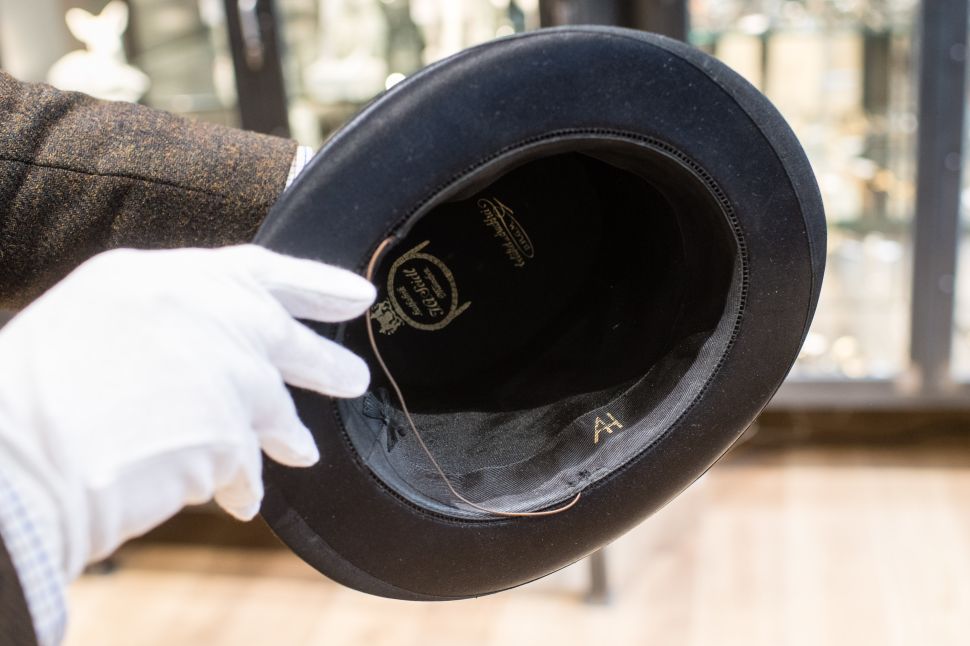