New York City cabs are going electric. As first reported by Electrek, the New York City Taxi and Limousine Commission (TLC) has added the Tesla Model 3 to its list of approved vehicles for the city’s fleet of taxis. New York allows almost 40 different makes and models of vehicles to be used as yellow cabs, but the Model 3 is the first fully electric vehicle to become a permanent part of the fleet.

This is not the first time New York has tried to electrify the fleet. The TLC previously used Nissan Leaf vehicles as part of an experimental program, but it concluded that drivers had to drastically alter their driving habits and discontinued its use in 2015 based on those needs.

SEE ALSO: Here Are the Best and Worst Colors of Tesla Cars to Own

In order for a vehicle to be approved for taxi use, a car must have air conditioning for rear seat passengers. The car must also have enough space to install the clear partition that separates the passengers in the backseat from the driver. The Nissan Leaf is no longer on the city’s approved vehicles list.

This time, however, could be different: the Tesla Model 3 is larger and has a longer range than the Leaf (220 miles as opposed to the Leaf’s 84-mile range). Tesla’s CEO Elon Musk has been pushing for the Model 3 to become part of taxi fleets. In April, he announced plans to launch an autonomous Tesla taxi service by 2020, touting that the range and battery life of a Tesla Model 3 make it a quality alternative to cab drivers.

New York City is the second American city to add fully electric cars to its fleet. In Columbus, Ohio  the local cab company wants to convert its entire fleet to be carbon neutral. The Columbus Ohio Yellow Cab fleet is comprised of 170 cars, and 20 of them are now electric.

And similarly to New York City, the Central Ohio Transit Authority plans to add at least 10 electric buses to its fleet by 2021. Now, taxis can compete with Uber and Lyft, appealing to environmentally conscious consumers starting in New York and Columbus but could soon spur to other cities. 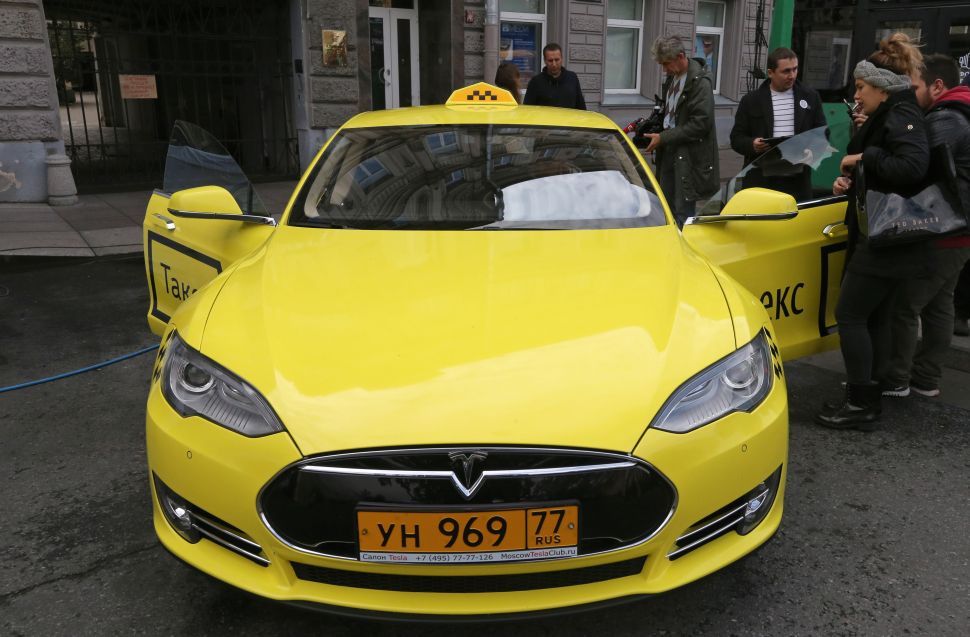