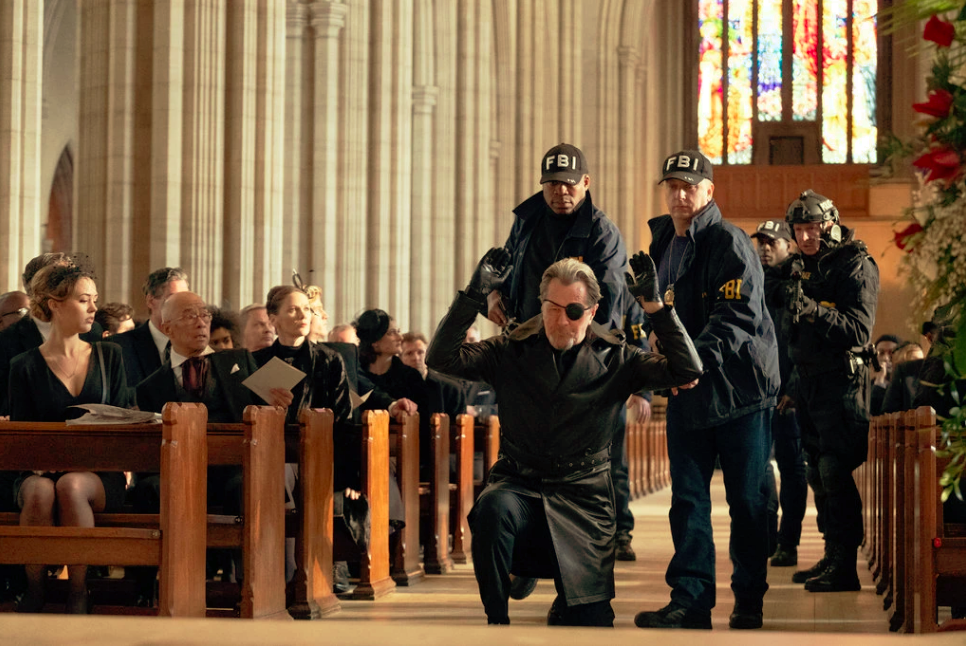 Gary Oldman in The Courier. Lionsgate

In the moronic thriller The Courier, nothing works on any level, but most of all where it matters most—a script that makes sense. This one makes sense to nobody, and I predict that within the first ten minutes, everybody will give up trying.

Gary Oldman, in the worst performance of his career, plays a one-eyed slum lord and master villain named Ezekiel Mannings who is wanted for heinous international crimes on multiple continents. Arrested midday by men carrying machine guns into St. Patrick’s Cathedral in the middle of a funeral mass (uh, I don’t think so), he is placed under house arrest in his penthouse sipping champagne and making interminable phone calls (a first for a man on trial, even by Hollywood standards) to order the massacre of a man named Nick, the lone witness to a crime that will send Mannings up the river for the next hundred years.

We never know what Nick saw that incriminates the crime boss and prevents the government from prosecuting, but a lot of noise ensues about how the trial cannot proceed until Nick is found. Publicity brags that the film takes place in real time during the course of a single night, but I guess the clueless writer-director of this bilge, Zackary Adler, is unaware that it takes years to mount a criminal trial in New York City.

Meanwhile, while Mannings lounges around his lavish apartment wearing an eye patch and listening to operatic arias, he hires a combination mass murderess, motorcycle-riding courier and bad actress (Olga Kurylenko) to deliver a package containing a poison-gas bomb to blow up the witness.

But after they are both left for dead by another killer female from Interpol, she takes pity on the poor sap and saves his life instead, putting them both in danger. The rest of this nonsense introduces a wasted mob of actors playing ruthless assassins, including a major FBI agent (Dermot Mulroney, of all people) who also secretly works for Mannings.

It drags on, but why waste your time reading about something that never makes one lick of sense anyway? The incomprehensible screenplay is by the director, aided by three other alleged “writers” whose names I will omit as an act of charity.

Oldman, in his silliest performance since he played Dracula like Ethel Mertz on a bad hair day, is encouraged to mumble his way through the entire movie as though he had a mouth full of novocaine after a bad dental implant. 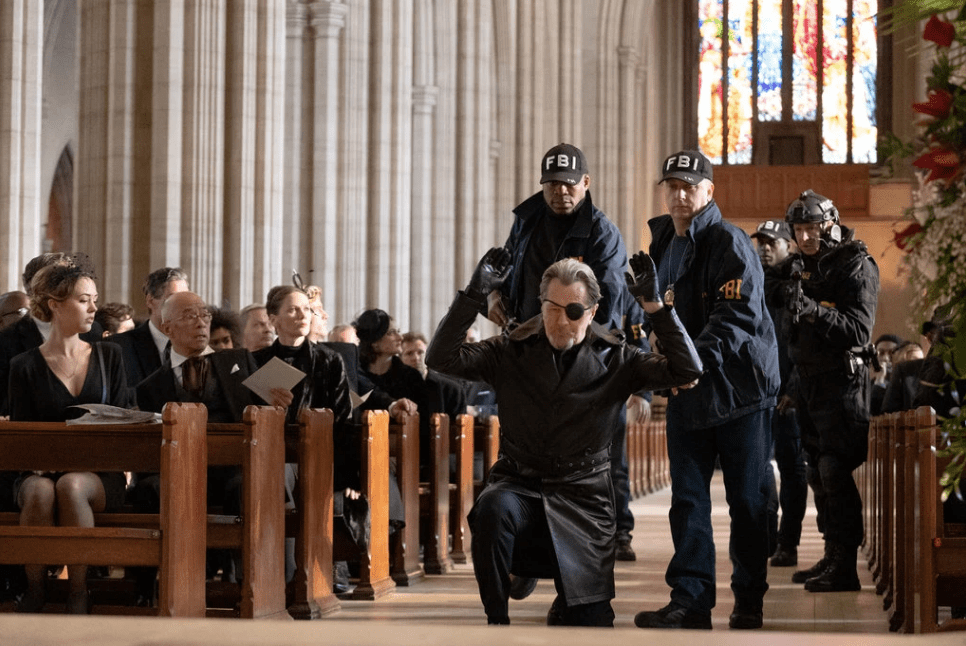