Sensitively directed by the Israeli duo Mihal Brezis and Oded Binnun, The Etruscan Smile is a perfect example of what can happen when a great, versatile and powerful actor raises familiar material above and beyond the level of mediocrity. The actor is Brian Cox, who has played everything from priests to pedophiles with equanimity and persuasiveness on stages and screens large small. This time, he plays Rory MacNeil, a rugged, cantankerous old codger who lives a solitary life in a remote cottage on a beautiful, fog-enshrouded beach in Scotland’s outer Hebrides. Needing nothing and nobody, he fishes during the day, visits the local pub for a couple of pints at night, and fills the hours in-between feeding a lifelong feud with a much-hated neighbor.

Suffering from back pain, Rory reluctantly decides to fly from Glasgow to San Francisco to see a specialist and visit his estranged son Ian (JJ Feild) and daughter-in-law Emily (Thora Birch). Ian has deserted his career as a scientist to work as a gourmet chef, Emily is raising their new baby by all the modern textbook methods the old man abhors, and they are all being supported by Emily’s rich, controlling father (another terrific performance by Treat Williams).

Trouble starts immediately as Rory bonds with his grandson and interferes with his upbringing, feeding him Scottish sausages and garlic, breaking all the rules without his parents’ approval or knowledge, and causing tongues to wag by wearing kilts to a formal dinner and skinny dipping in Frisco Bay. Things turn dark when he is diagnosed with stage four prostate cancer, gets his wallet stolen by a pickpocket at the art museum, and temporarily loses his grandson while he’s babysitting, but optimism sets in even in the face of tragedy as he attracts the romantic interest of a pretty museum curator (Rosanna Arquette) and the professional interest of a professor of foreign dialects (Peter Coyote) who engages him to study his unique Gaelic vocabulary.

So before the end, Rory changes, bringing people into his life by opening his heart and being true to himself. Seeing life through a child’s eyes, a rude, irascible and self-centered old man improves the lives of everyone around him when he learns to share a kiss and shed a tear.

Soap opera elements are unavoidable, but the film has energy and spirit, thanks to Cox’s bright, charming performance. Sweet, stubborn, happy, sad and real as fresh brewed breakfast coffee, he percolates. The way he plays him, Rory is no saint and his son’s resentment of him is to some extent justified. Still, Cox makes the most of a rare opportunity to show off his warm, sensitive side, and Feild, a good actor who mostly wallows in the kind of dreadful comic book junk (Captain America, Centurion) I usually avoid, leads the excellent supporting cast with the same brand of against-type performance as Cox.

Making every effort to avoid cliched emotional payoffs, everyone in The Etruscan Smile (named for a sculpture that fascinates Rory in the art museum) assures the film’s eventual predictability is as easy to take as a hot bourbon toddy. 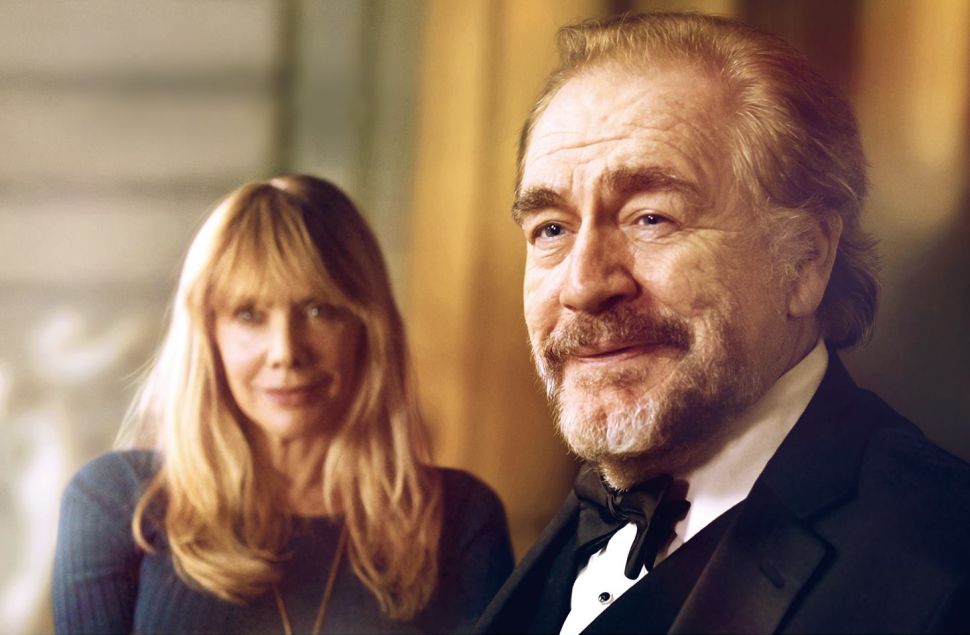