Teaming two knighted acting legends in the same film is inspired, but the result of the collaboration between Sir Ian McKellen and Dame Helen Mirren in The Good Liar doesn’t quite elevate a mediocre movie from a fate that remains too queasy to generate a feeling of good will or good faith. Watching them polish their skills for nearly two hours, however, makes even a familiar thriller well worth seeing.

SEE ALSO: ‘Waves’ Is a Demanding and Absorbing Family Drama

He is career con man Roy Courtnay, who specializes in reducing rich, vulnerable women to bankruptcy. She is Betty McLeish, a beautiful London widow he sets out to fleece. Elegant, clever and too smart to be anyone’s victim, she’s too crafty for his shenanigans, he’s no match for her wiles, and The Good Liar is no match for their genius.

The plot Jeffrey Hatcher knits from a novel by Nicholas Searle has more twists than a scenic railway. Both cat and mouse pretend to be lonely and desperate for companionship, meet through online dating profiles, rendezvous at a restaurant, and take to each other instantly. A retired Oxford professor, she finds his manners and scholarly wit a welcome exception to the boorishness of most dim-bulbed Englishmen in the eligible bachelor market.

She feels so safe and comfortable in his presence that she even invites him to move into her guest room to heal an injured leg. Gradually, Roy’s chivalry and charm irritates her suspicious grandson Stephen (Russell Tovey), the only one in his grandmother’s life hip to the fact that her new amour is hell-bent on bilking her of her bank account, even succeeding in talking her into transferring her savings to a joint fund he can easily access whenever he needs cash.

It’s a perfect setup for a seasoned crook like Roy, and Betty is a sitting duck. Or is she? At the halfway point, the narrative begins to shift focus and the big question is: “Who is the bigger con of the duo—Betty, or Roy?”

The second half of The Good Liar is aimed at surprising the viewer into one loud “oh, no!” after another, replete with revelations, dark mood shifts and so many nods to Alfred Hitchcock that the tricks become both predictable and contrived. As watchable as the two stars are, the secrets and lies are not much fun. The result is a film without much mystery or credibility, devoid of suspense and the joy of discovery.

The only consistent thrill in The Good Liar is waiting to see what the inestimably talented stars will do next. Director Bill Condon proved how powerful his rapport with McKellen could be when he directed him as Hollywood’s tragic Frankenstein director James Whale in the great 1998 film Gods and Monsters, but for their first appearance together onscreen, he distills from the McKellen-Mirren team an energy that is devastating.

The way they listen, look into each other’s eyes, absorb each word and every silence, while sipping a flute of champagne or sharing a cup of tea—it’s a revelation, and a master class in acting at the Royal Academy of Dramatic Art at the same time. Together, they redefine rapture. 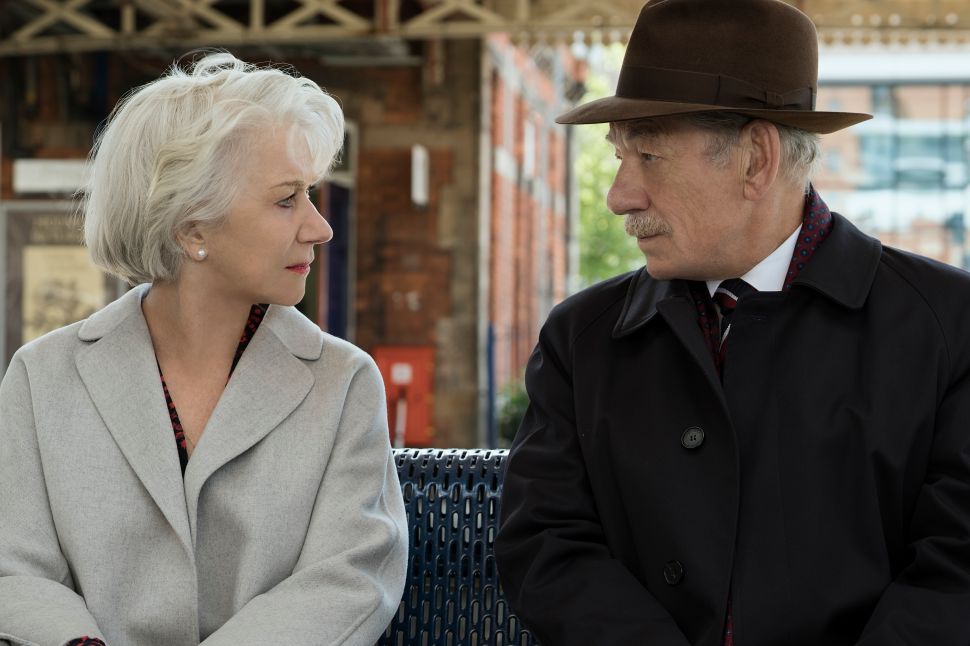