At the center of most religions, you’ll find faith. It has no factual grounding and depends almost entirely on suspended judgment. Despite its inherently elusive nature, society asks us to draw lines around which kinds of faith are acceptable and which are absurd. Resurrection and heaven? Fine. Ghosts? You have to be crazy.

But how did society get here?

This very American conventional wisdom was not always so. At the suggestion of a friend, author Mira Ptacin looked into Camp Etna, a community established in the late-19th century for mediums and Spiritualists two hours from Ptacin’s home on Peak’s Island, Maine. This wasn’t Colonial Williamsburg for mediums; it remains an active site for believers, fully operational as a community. While Ptacin had never heard of it, Camp Etna was once a bustling home to American Spiritualists who drew countless numbers of visitors ranging from the faithful to curious and even skeptical. Author Mira Ptacin is both curious and skeptical for reasons that unfold throughout the course of her terrifically engaging and empathetic new book.

SEE ALSO: In Jami Attenberg’s ‘All This Could Be Yours,’ a Family Confronts Its Patriarch

The In-Betweens examines American Spiritualism and the work of mediums through the history of Camp Etna. Blending history and reporting, Ptacin tackles her subject with enthusiasm that is as critical as it is open-minded. From her first encounters with a table tipping ceremony to interviews with a series of resident Spiritualists, Ptacin is fascinated the history of the site itself. But she’s also pulled in by the largely forgotten impact Spiritualism made on American history.

It should be noted that American Spiritualism doesn’t refer to an American sense of spirituality; it is itself a religion that is dominated by women. A pair of sisters, Kate and Margaret Fox, became the central force around which the religion developed, despite the existence of previous “seers.” The Foxes were mediums—not to be confused with psychics. They differ from psychics as mediums are said to possess the ability to communicate directly to specific dead individuals; psychics are said to possess intuition that can reveal information about a living person’s past, present or future. The Foxes drew an enormous audience, eager to receive word from the beyond.

For once in American history, women dominated the spotlight. Ptacin writes, “While seeking a higher power was nothing new, the Fox sisters’ message rode on the American yearning to go it alone, to live one’s life in accordance to self-guidance and one’s individual intuition without needing someone’s permission, without hierarchy, without interference of the Church or any other institution. The Fox sisters represented something that had been feared by many, yearned for by others, and only imagined by the patriarchal American society at the time: a woman’s right to self-sovereignty.” This agency bridged Spiritualism with the suffragette movement in the 19th century. In so far as doctrine goes, Ptacin notes that, “Spiritualists have two major beliefs in their faith: that it is our duty to practice the Golden Rule, and that we humans can talk to the dead if we want to.” With great simplicity and incredible mystery, this religion made its mark on first wave feminism and on the brutal trauma laid bare by the American Civil War.

Swallowed by a more static and textbook expression of battles, war dead, assassinations, and public formal speeches, the Civil War was in many ways the culmination of American greed and evil as well as a horrifically bloody tragedy experienced on a very intimate level. What’s lost in our more public understanding of the Civil War is the impact this trauma wrought on American society at large. Ptacin notes that “most antebellum Americans did not belong to a church, and only about 25 percent belonged to a Christian denomination. Mourners needed hope, something different from the you’re-born-a-sinner, fire-and-brimstone afterlife they’d been told to fear and respect.” American Spiritualism emerged to fill this void.

Setting out to write about this topic, it was clear that there was more than enough material to write a book. Ultimately, Ptacin realized that in order to fully contextualize these contemporary mediums, she would have to construct a concise history of American Spiritualism. In order to fully explain the fact that this is a religion still self-identified as “a strong, independent, faith-based subculture of women (and a few men),” Ptacin must stress the dominant role played by women.

“This is the first time I’ve written history,” Ptacin mentions in conversation by phone. “I asked myself: is this is feminist history? But, in the end, I felt that this is simply history. Just because it’s not the story that’s been passed down to us again and again doesn’t mean it’s a feminist outtake. It’s a story that wasn’t told because mostly because it involves so many women.” While this should not be classified as feminist history, Ptacin’s work is a feminist act—recovering a largely unspoken story surrounding the aftermath of the Civil War.

“Another thing I realized was what a huge responsibility it was to do this work.” While there may be some who might question the authority of a writer without academic credentials, this question of legitimacy has also served to write many marginalized people out of conventional history. When there are barriers to joining the conversation, your voice remains silent. Previously, Ptacin has fielded questions about whether or not she was old enough to write a memoir (her first book Poor Your Soul: A Memoir was published when she was 36). She comments, “Many feel we haven’t earned it yet. It’s just kind of baffling to me.”

Yet this new writing came naturally to her because of its sensational and fascinating nature. “The history wrote itself because, I mean, it was just so crazy that it’s all true. And each segment I included within each chapter contained a very obvious beginning and such a clean conclusion.” One story that Ptacin relates is that of longtime paranormal skeptic Harry Houdini who made a pact with his wife that she should attempt to communicate with him after his death. It was a challenge she accepted, holding séances for a decade before giving up and accepting the final silence of death.

Regardless of whether or not you actually do see or hear spirits, developing a faith that allows you to be open to their existence is another way of coming to terms with death and dying. It is itself a conversation beyond the grave which, in turn, offers its own grace. As Ptacin dug deeper, speaking with more and more mediums and Spiritualists, she wrestled with her own deep losses—the death of her younger brother at the hands of a drunk driver and a baby she lost through miscarriage a decade earlier. With a light hand, Ptacin blends these moments of memoir into her reporting and historical work. It’s a rare book that manages to incorporate what are often distinctly different styles of writing, but Ptacin’s infectious confidence and probing curiosity negotiates these different voices.

With such rigorous work, the reader may wonder if it’s made a believer out of her. The answer is not so simple. “What I found to be so valuable from these mediums is that they would say things that, even if they were like kind of vague, you clung to” she muses. “It actually doesn’t matter if it was true or not or if they could physically see something or not. My therapist asks a lot of questions. And that’s what she’s supposed to do, but her job is not to tell me anything. But I always get really frustrated when I met the therapist because I want her to just skip the chit chat and tell me what to do. She never does that. But this medium would. They might just talk for 20 minutes and say, ‘You know, you need to stop doing this. You could do this, do this and this.’ And it was really, really helpful. If they were incredibly specific, you’re blown away.”

Ptacin notes that even the mediums would acknowledge that theirs is an imperfect practice. “One of the mediums told me, ‘If we’re 80 percent accurate, we’re really, really, really good. But otherwise, we’re on point just about 60, 50 percent of the time.’ Mediums help people by offering a narrative that allows us to become our own heroes,” Ptacin continues. “And the part of the narrative is indicating when you’re going uphill to overcome an obstacle and encouraging us to overcome it. They also taught me that it’s completely possible to make up your own rules and live life according to your instinct and your intuition.” The affirmation of women’s feelings and impressions is as necessary today as it was in the mid-19th century.

Rather than recognize the validity of women’s agency through institutions, society or capital, American Spiritualism elevated the status of women through their gut impressions as well as an emphasis on observation and intuition. “That’s the major thing I learned from them. And I think that’s what I really wanted to learn.” Ptacin notes. Beyond simply recovering history, “This was worth investing my time to make this a book.” The In-Betweens is a powerful book about listening to yourself and finding faith there—beyond doctrine, belief in everlasting life, with or without engagement with religion or God. 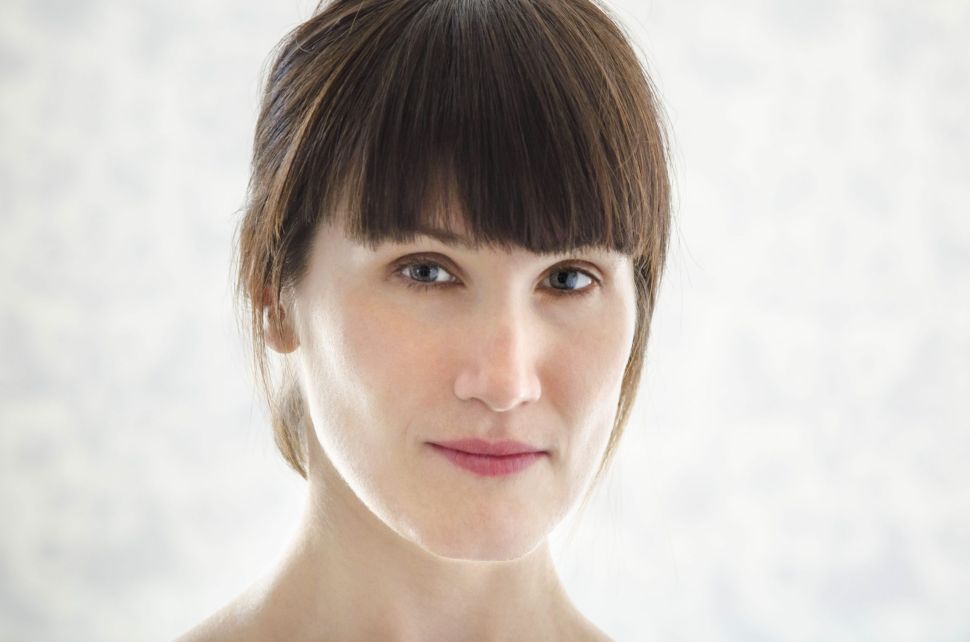