Nothing scary happened this year at Halloween. I was hoping for a goosebump or two closer to Thanksgiving, maybe from a thing called The Shed. The title had some potential. But alack and alas, it turns out to be a mild and silly affair about a boy on a remote farm with a vampire living in his woodshed. Take it from me. If you like fangs and ferment, you’re better off watching a re-run of Dracula’s Daughter.

SEE ALSO: Nothing About Ghost Story ‘Light From Light’ Makes Any Sense, Including the Title

Stan (Jay Jay Warren), a handsome, 17-year-old juvenile delinquent with a history of trouble with the law, lives in the custody of his hateful and abusive grandfather. Despite grandpa’s domination, Stan tries to knuckle under and tow the line because if the old man croaks, the kid will end up back in state care. But something keeps kicking and scratching inside the shed, and when it slaughters his grandfather, Stan nails the door shut and keeps his murder a secret.

Now all he’s got for human relations is Roxy (Sofia Happonen), an equally misunderstood high school classmate with a reputation as the town tramp, and his best friend Dommer (Cody Kostro), a constant victim of the school bullies. But Stan has too many other serious matters to deal with before he can solve their problems—like the thing in the shed that turns out to be a vampire with a particularly vicious personality that makes Bela Lugosi look like a senile uncle.

His friends consider the vampire a gift they can use to dispose of their enemies. “We’re saved,” yells Dommer. “We’ve got a pet monster. This is power. Nobody’s going to mess with us again.” The first to go is the sheriff, then the school bullies. As the bodies mount, so do the laughably contrived situations. Writer-director Frank Sabatella ignores the most important horror-movie rule: scary creature features with savage monsters are only scary if they’re believable.

There’s nothing to make your hair stand on end in The Shed because it’s not convincing. Despite walk-ons by a pair of experienced professionals, Timothy Bottoms and Frank Whaley, the actors are unknown for a reason, and despite familiar weapons of self-defense such as fires, shotguns, hatchets and chainsaws, the plot is jokey and the action defies all logic.

Forget about The Shed. I’ve had bigger scares from my broom closet. 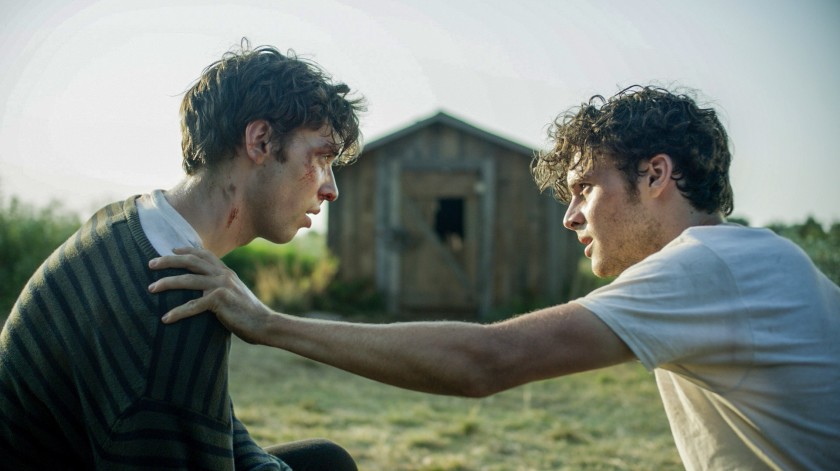