Aside from a freshly reactivated Instagram account and lots of rumors about music coming up in the (somewhat) near future, The Weeknd also has a very fancy new Los Angeles penthouse.

SEE ALSO: Meghan Markle Might Not Fly to Los Angeles for Thanksgiving

The custom Antonio Citterio-designed kitchen is fitted with Miele appliances and grey countertops, and is adjacent to the dining area. There’s also a wall of glass-enclosed wine storage and a private gym.

The master suite has floor-to-ceiling glass windows, with a sitting nook, built-in bookshelves and a balcony, while the marble-bedecked bathroom is equipped with a freestanding modern soaking tub.

According to TMZ, The Weeknd is already all moved into his new home. It appears the penthouse was offered furnished, with pieces from Giorgetti, B&B Italia, Armani Casa, Poltrona Frau and other luxe designers, though it’s not clear if The Weeknd chose to instead bring in his own furniture.

The Weeknd already owns a house on the West Coast, as he purchased a mansion in Hidden Hills for $18.2 million in 2017. He’s also been renting a $60,000 a month four-bedroom triplex penthouse in Tribeca, where he was previously living with his then-girlfriend Bella Hadid. 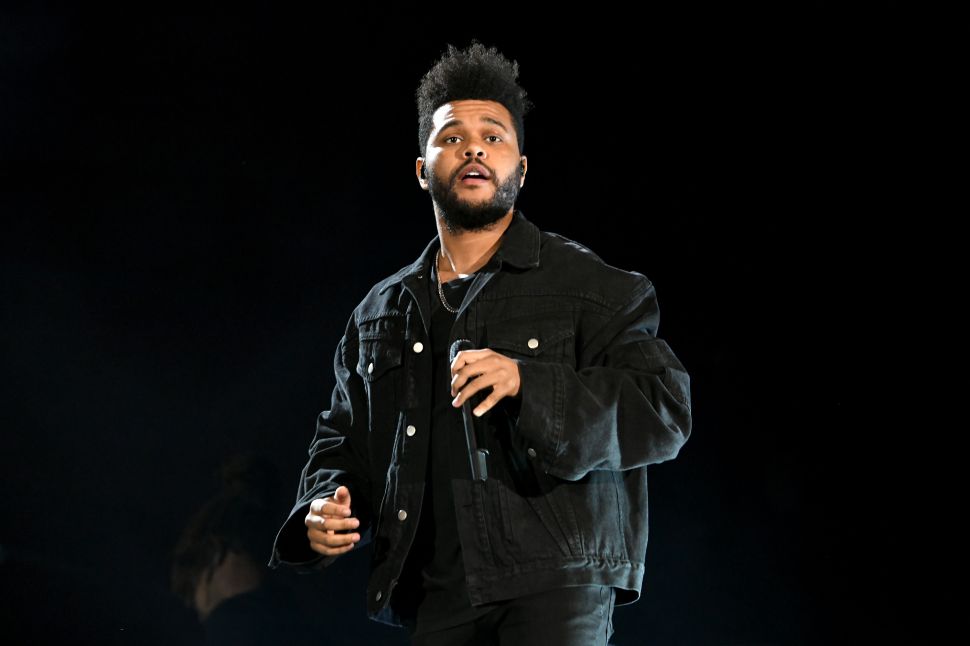