It seems everyone is distancing their business models from WeWork these days. And it’s not just real estate unicorns like Compass out to prove their sound strategy.

During The New York Times‘ DealBook conference on Wednesday, Uber CEO Dara Khosrowshahi discussed the fate of unprofitable tech unicorns, where at one point he stressed his company’s differences from the We Company.

Khosrowshahi spoke of investors’ shifting expectations of over-valued startups going public in 2019. Like the We Co., Uber is also a money-losing unicorn with major backing by Japanese conglomerate SoftBank. However, when interviewer Andrew Ross Sorkin asked if Uber’s IPO in May helped it avoid WeWork’s fate, Khosrowshahi insisted that the two companies’ business models are incomparable.

“We are very, very, very different from WeWork,” Khosrowshahi said with a laugh during the interview. “Fundamentally the rideshare market is of scale, is global, is an attractive business and it’s only going to get better in a competitive market.”

The interview took place just days after Uber’s Q3 earnings revealed another quarter marred with $1.16 billion in net losses. Though in the company’s defense, the figure was lower than analysts’ expectations of $1.45 billion but caused a subsequent drop in the company’s already-struggling shares.

Following the earnings report release, Khosrowshahi assured investors that Uber is on its way to profitability. However, the rideshare company’s week continued to worsen with the news that Uber is still using self-driving startup Waymo’s technology, which was stolen by a former executive working for both companies four years ago.

During the conference interview, Khosrowshahi also said that the pressure to turn a profit has prompted Uber to pick up the slack after years of burning cash and to “perform better.”

It’s unclear how long the road will be for Uber. But as the comparisons to WeWork continue, the unicorn will need to stabilize its earnings and thus, stock value, in order to impress the public markets. 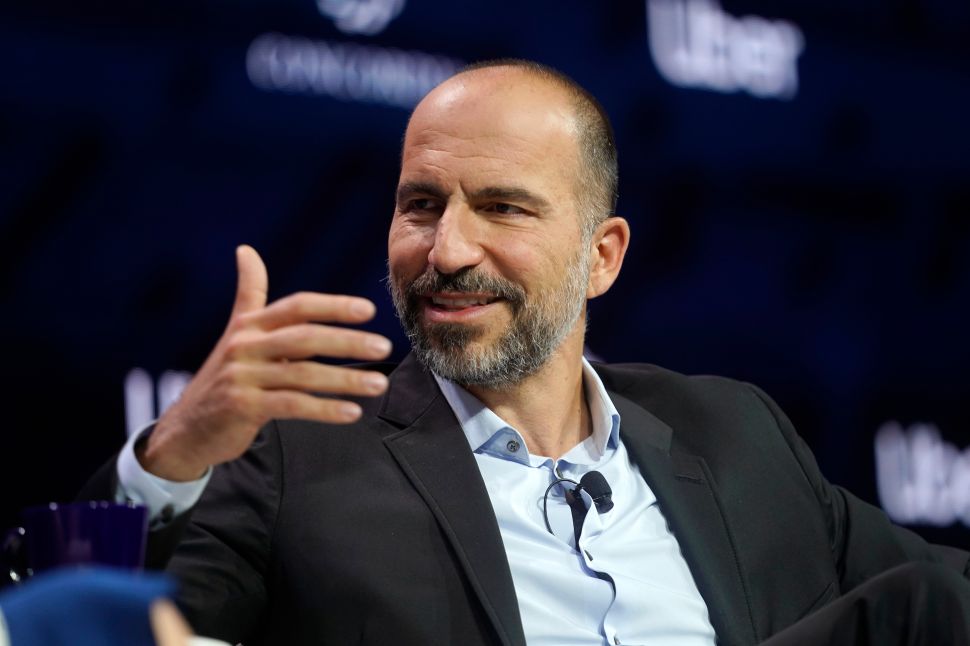