The 2019 tech IPO scene is quickly devolving from land of opportunity to a horror show. This week alone, shares of Uber, the most hyped IPO at the start of the year, fell more than 10% due to the one-two punch of a disappointing third-quarter earnings report on Monday and the expiration of its IPO lock-up period on Wednesday (meaning that early investors and employees were allowed to dump their holdings, causing a flood of share supply in the market).

The stock plummets—on top of Uber’s already ailing public market performance—dragged share price to a record low of $27 on Thursday morning, a whopping 40% below its IPO price in May.

But Uber CEO Dara Khosrowshahi has chosen to put on a brave face in front of disheartened investors. Speaking at The New York Times‘ DealBook conference in New York City on Wednesday, Khosrowshahi blamed the unfavorable market climate, instead of internal problems, for Uber’s dramatic stock fall.

“There has been a fundamental re-valuation of revenue growth and the value of profits in an increasingly uncertain world,” he said. “And I think the appetite for the unknown and for high risk in the public markets has just gone down and that has consequences.”

Maybe he has a point. After all, Uber isn’t the only IPO company that has taken a hit from the market’s rising skepticism against tech unicorns.

Its ride-sharing peer, Lyft, has seen a stock crash just as big, losing 40% of value since its IPO in March. Shares of Pinterest, another hotly watched IPO this year, tumbled 20% last week on worse-than-expected third-quarter earnings, despite decent overall metrics otherwise.

“In this environment, we are advantaged against our competition,” Khosrowshahi said, “and at the same time… the hurdle for success and the demands of the market are higher. One of [these things] is great, one of them is tough, but I think it’s going to force us to perform.”

In the third quarter, Uber posted a loss of $1.2 billion. But Khosrowshahi argued that the company should reach profitability soon at its current pace of growth.

“In our ride-share business, in the past two quarters, 80% of our revenue growth ran through into EBITDA (earnings before interest, tax, depreciation and amortization). So when I look at the next two years, I’ll do $8 billion in revenue growth and I need about $3 billion of that to drop to the bottom line [for profitability],” he explained, “which is about 38% flow through. And I just demonstrated 80% flow through in two quarters. So, you actually have to do the math, and the math works.” 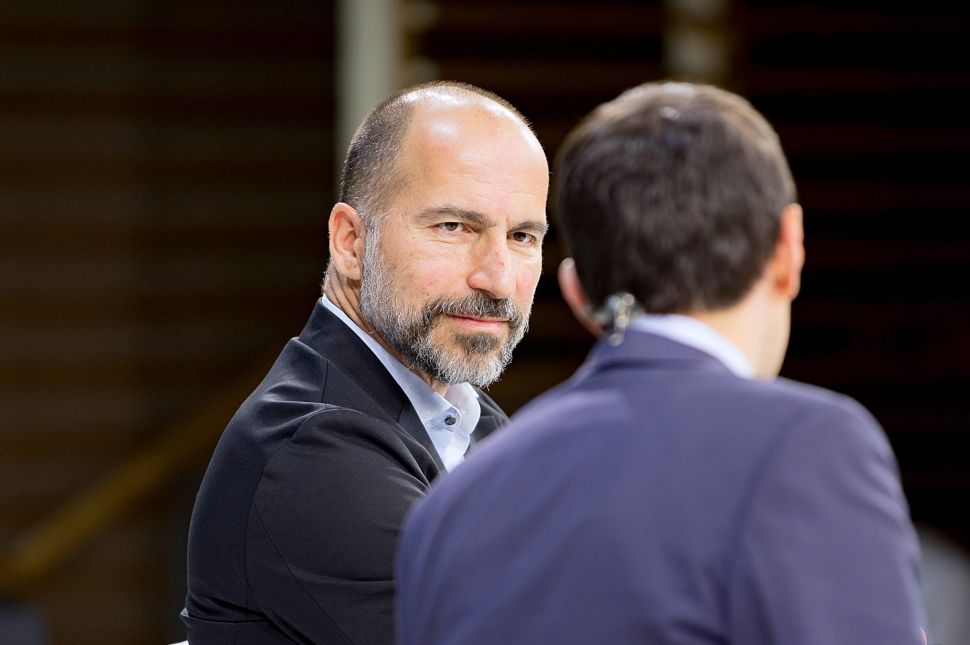