This week, the city of Venice has been dealing with severe flooding that’s amounted to the second-highest tide it’s experienced since 1966. On Tuesday, the reached 6.14 feet above sea level, meaning that the partial immersion of many of the city’s bricks and marble structures will likely lead to accelerated erosion, as well as other such effects that result from crumbling buildings being exposed to interloping saltwater. For one thing, Venice’s art is certainly in danger and has been for years. Although the Venice Biennale confirmed this week that none of its works of art in the Giardini and the Arsenale had been damaged by flooding, there’s a longer-term scenario to be considered: Venice, as clearly vulnerable as it is, is potentially no longer safe as a storage or display site for any kind of valuable artifact.

Of course, this isn’t to dispute the fact that successful and diligent restoration attempts have been made in Venice ever since it was first constructed—constant upkeep is necessary when you’re dealing with a city that’s essentially floating over the surface of a sea-adjacent lagoon. And Venice’s artistic legacy is mythic for a reason. The painters and architects who made the city as magical as it is (Titian, Bellini, Guardi, Sansovino, Lombardo; etc. etc.) are inarguably worth preserving.

The Peggy Guggenheim Collection in Venice is currently temporarily closed, though the museum reported on Twitter that it had not suffered any damage due to this week’s flooding. The fact that the Guggenheim seems to be currently relatively safe suggests that the dangers of flooding can be somewhat mitigated by canal orientation, pure luck or some combination of the two. Additionally, the city is still awaiting the completed installation of “Experimental Electromechanical Module” barriers that could keep the at bay, but perhaps not totally ensure that Venice is the best environment for long-term preservation.

Back in 1966, private organizations were established by a number of different countries in order to collect the means to restore and preserve Venice. Since then, “more than 700 projects worth over 38 million euro” have been poured into maintaining the city, which is a testament to how hard human beings will work (often successfully, for a time) to forestall the potentially inevitable.

Save Venice Incorporated, an American nonprofit organization dedicated to preserving Venice’s artistic heritage, has restored “more than 500” aesthetically significant Venetian works since 1971, it reports. And Venice in Peril, a British Charity fund, has perhaps been the most forthright about the processes of artistic restoration on their website. They diligently restored the 1530’s Capella Emiliani on the not-often-visited cemetery island of San Michel because it clearly has enormous artistic and historical value, but the organization is also clear-eyed about how much they can ultimately do. “Unless there is the political will for long-term investment of money and research into this, Venice will gradually suffer more and more costly structural damage from the ,” the organization writes. “It might well become largely uninhabitable in the next century.”

The existence of organizations such as these point not only to the worldwide desire to keep Venice a place that is hospitable to exhibiting art, but also how dire the situation is. The creep of climate change has made it more obvious than ever that Venice, and other cities like it, may not be long for this world. Save Venice Incorporated hasn’t yet returned Observer’s request for comment. 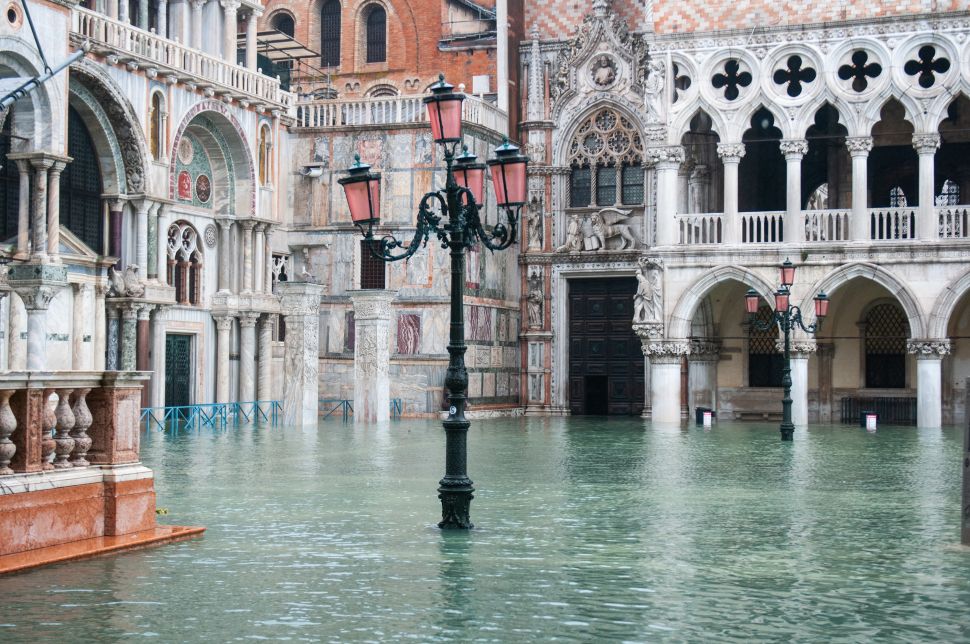