Venice, one of the most beautiful and artistically significant cities in the world, is unquestionably drenched. Torrential downpours that began in the city last Tuesday, and which resulted in the second-highest high tide the lagoon-bound city had experienced since 1966, have officially been continuing to the point where new records are being reached. On Sunday, Venice experienced yet another high tide that culminated at a height of 5 feet, 2 inches; the third such exceptional tide that had occurred within the same week. These conditions drove Luigi Brugnaro, the mayor of Venice, to announce that the flooding had resulted in approximately one billion euros in damages. Brugnaro also encouraged sympathetic donors around the world to contribute to a newly opened bank account that could potentially finance the extensive repairs that the city will need. However, preservationists who’ve been watching over the city for years aren’t so easily alarmed.

Melissa Conn, the Venice Office Director of Save Venice Incorporated, an American nonprofit dedicated to preserving Venice’s artistic heritage, talked to Observer on Friday while simultaneously assisting in cleaning up the streets of the city. “The monuments were built to be on the , and the artworks made by the artists centuries ago were adapted to take into account humidity and ,” Conn said. “So for us, as much as possible, to preserve the artistic heritage of Venice you want things to stay in their original location. Of course things are sometimes moved, if a church is too damp or the Italian Minister of Culture thinks that an object is at risk or a sculpture needs to be taken inside. There’s constant, constant attention.”

SEE ALSO: In the Face of Venice Flooding, Is the City Still a Safe Place to Exhibit Art?

For the moment, Venice’s iconic St. Mark’s Square has been temporarily closed by the mayor and Italy has declared a state of emergency for the UNESCO city. According to AP News, damage in Venice has also been reported at Ca’ Pesaro modern art gallery and at La Fenice theater. Venetians are also still awaiting the protection promised by as-yet incomplete moveable barrier systems, and the looming threat of climate change continually mingles with the torrential floods.

Despite all these daunting factors, the city’s collective preservation effort continues. “Venice has been doing this for 50 years,” Conn said. “The only new groups that have sprung up are these student groups that are helping clean up. The local government has art as their first priority. For centuries, Venetians have been creating fabulous artworks to show their power and their devotion and their strength, and that’s still Venice’s strength and devotion.” 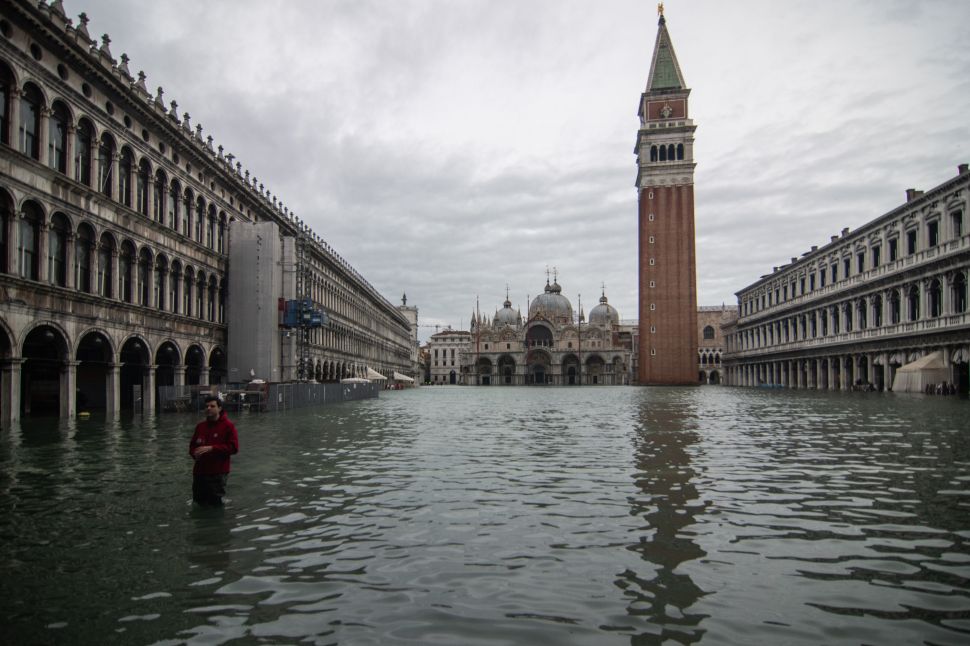