In describing the genuinely overwhelming performance of the Verdi Requiem led by conductor Teodor Currentzis at The Shed on Sunday, I’m tempted to reach for a metaphor from nature—like the out-of-control fires and tidal waves depicted in the film by Jonas Mekas that accompanied the concert.

But for all the feverish excitement the performance generated, there was not a moment of it that was out of control. Currentzis clearly crafted every minute effect from the all-but-inaudible “Introit” to the in-your-face fortissimos of the “Dies Irae.” The vast abundance and harmony of musical detail emerging from MusicAeterna’s orchestra and chorus seemed to indicate an artist with a vision almost as all-encompassing as… well, the Creator of all those hundreds of variations of flowers Mekas also featured in his film.

SEE ALSO: At the Juilliard School, Mozart’s ‘Così Fan Tutte’ Is More Problematic Than Ever

Now, comparing a recreative artist, even one so electrifying as Currentzis, with the Almighty borders on the blasphemous; besides, it’s less than appropriate to bring too much of the Divine into a discussion of this work by the famously agnostic Giuseppe Verdi. So for the sake of convenience, I’ll just call Currentzis “genius,” and leave it at that.

Yes, this was an genius’s Requiem; certainly idiosyncratic, and depending on how well you connected with it, even bizarre. But for me the great beauty of this take was how well it accorded with Verdi’s mindset. As in his operas, the focus is not directly on externals (say, national conflict, or, in this case, prayer), but rather on the complex reactions these events evoke in human souls.

And so Currentzis’s approach seemed to be based on empathy with those who are mourning, whatever their loss. In practical terms this meant that the performers strove for a “human” sound, passionate but not grandiose. The soloists mostly sang in a subdued, conversational dynamic range, even in such traditionally “operatic” moments as the climactic “Libera Me.”

Zarina Abaeva performed the extravagant vocal writing of the soprano solos (soaring up to the high C and plunging into chest register) with dignity and a becoming modesty. Her piano singing was simply heavenly. In contrast, Clémentine Margaine in the mezzo part smoldered, her dark and vibrato-rich tone suggesting anxiety and doubt.

Bass Evgeny Stavinsky also reinforced the human scale of this Requiem with a rich but lyrical voice. His tone filled The Shed’s McCourt performance space without rattling the rafters. Similarly, Mario Bagh (jumping in for an ailing René Barbera) offered a cool and unpretentious tenor in what is usually star turn, the delicious melody of the “Ingemisco.”

I should stress that the revelatory effect this performance had on me was all the more miraculous since I was so vexed at the chaotic crowd control for the sold-out audience of more then 1,200 people. In order to arrive at the McCourt, we had to find the unmarked queue that snaked through a ground-floor café; then board an escalator that delivered us to a second queue where security guards yelled incomprehensible directions; thence into another queue meandering through a stygian passageway to the performance space, where row and seat numbers were carefully concealed from view. (Through the entire trek, minimal signage confused more than it enlightened.)

Even after all this skulduggery, the venue proved considerably less than acoustically perfect: the noise of street-level construction overpowered the first hushed notes of Verdi.

And yet, despite all these annoyances, I would gladly line up again to hear Currentzis’s take on the Requiem—or, for that matter, just about anything else: La Forza del Destino? Les Troyens? Die Frau Ohne Schatten? 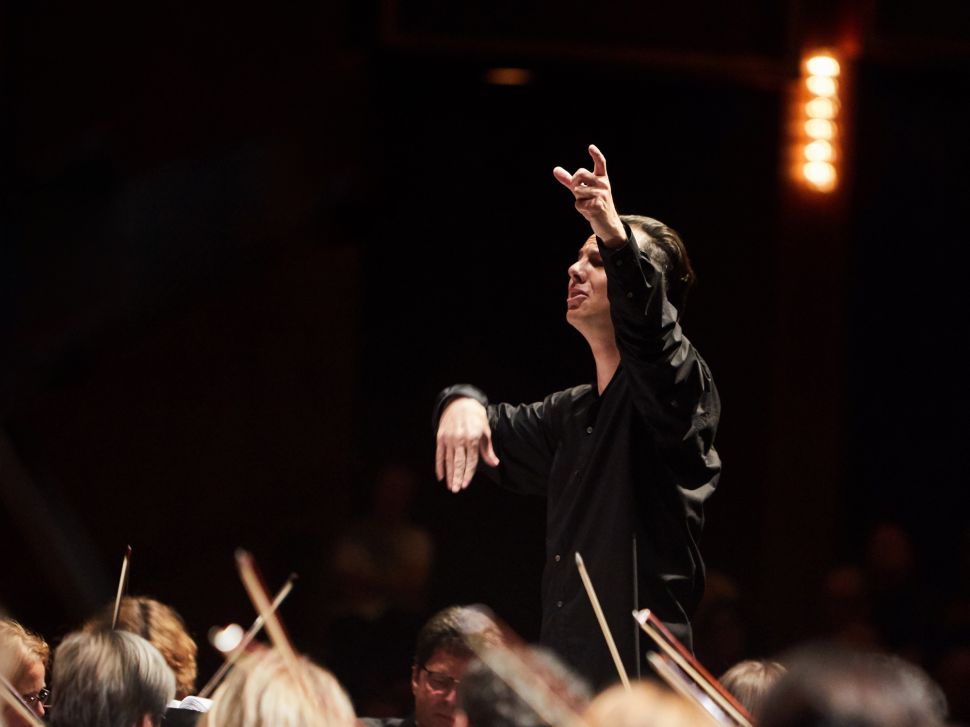