Warren Buffett has a wonderful problem: a $128 billion pile of cash that he’s not sure how to spend.

But shareholders were baffled with one specific account on the financial statements: the firm’s ever-growing cash on hand, which totaled $128 billion by the end of the third quarter.

The unusually high cash balance has stayed with Berkshire Hathaway for a while now, as Buffett and his right-hand man, Charlie Munger, can’t seem to settle their minds on a specific deal to buy with this money. Buffet has said he’s looking to make an “elephant-sized” acquisition to reduce Berkshire’s cash holdings but doesn’t want to pay more than he should.

“In the years ahead, we hope to move much of our excess liquidity into businesses that Berkshire will permanently own,” Buffett wrote in Berkshire’s annual letter to shareholders in February. “The immediate prospects for that, however, are not good: Prices are sky-high for businesses possessing decent long-term prospects.”

“We continue, nevertheless, to hope for an elephant-sized acquisition,” he added. “Even at our ages of 88 and 95—I’m the young one—that prospect is what causes my heart and Charlie’s to beat faster.”

Those familiar with Buffett’s appetite speculate that the investing legend would most likely be interested in transportation companies, retail chains or even a big airline, according to hedge funder Trip Miller, founder of Gullane Capital Partners and a Berkshire Hathaway shareholder.

“For a gun that big, I would think an acquisition would be, at a minimum, $25 billion,” Miller told CNN Business in April ahead of Berkshire Hathaway’s annual shareholders meeting.

Aside from its fully owned subsidiaries, Berkshire Hathaway’s largest holdings at the moment include Apple, Wells Fargo, Bank of America and the Coca-Cola Company, among others. 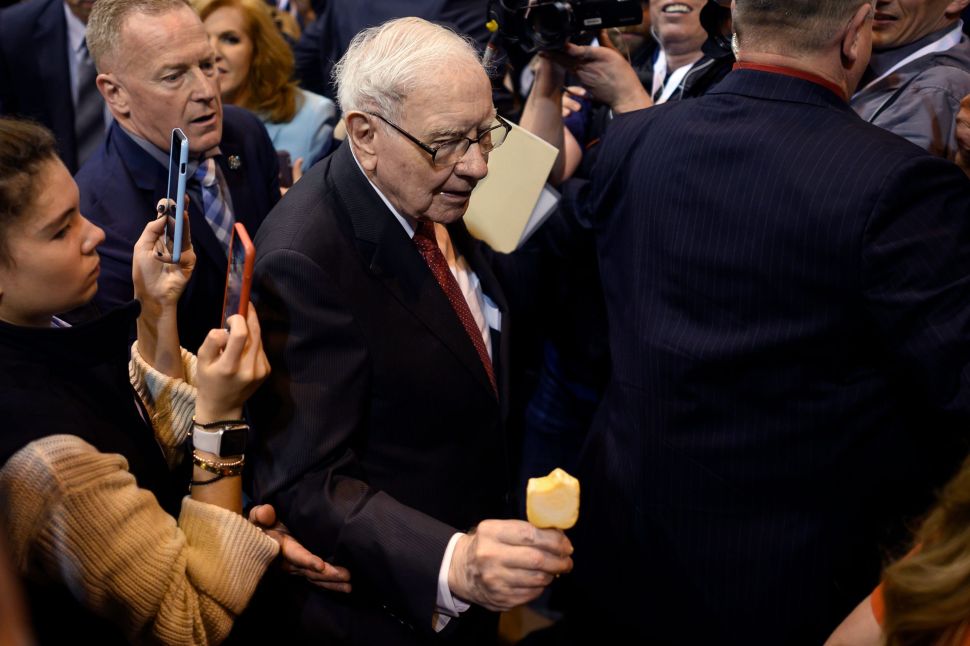