Getting laid off probably isn’t the company gift that WeWork employees expected to receive this holiday season.

The troubled real estate startup is officially beginning its planned mass firings, courtesy of new parent company SoftBank, with The New York Times reporting at least 4,000 employees are expected to be laid off as early as this week.

SEE ALSO: Here’s How Much Money SoftBank Has Spent on WeWork to Date

Newly-appointed chairman, SoftBank’s chief operating officer Marcelo Claure, sent a note to all employees on Monday informing them of the planned layoffs, which are said to be cost-cutting measures.

“In the areas of the business that do not directly support our core business goals, we have to make some necessary job eliminations,” Claure said in the email. “We are going to eliminate and scale back certain functions and responsibilities, which will increase efficiency and also accountability.”

The We Company’s rapid decline and subsequent restructuring over the past two months, including a canceled IPO (which has spurred former employee lawsuits), are sure to have a negative impact on its remaining workforce.

“The recent layoffs at Juul and WeWork are particularly sensitive heading into the holidays, as employees are left knowing their former colleagues no longer have a job,” explained Henry Albrecht, CEO of employee experience startup Limeade. “Though the employees who were not let go may have a sense of relief, the culture is now at risk.”

With the much-publicized $1.7 billion ousting of WeWork CEO Adam Neumann, Albrecht tells Observer that companies have the opportunity to learn from the ill-fated unicorn’s mistakes.

“A lot of employers are missing a huge piece of this new modern workplace puzzle: care,” he said. “In order to thrive in our current environment, CEOs need to understand that what’s good for people is also good for business.”

With Japanese conglomerate SoftBank now at the helm, what WeWork employees need is strong leadership to get them through the remaining hurdles, explained Albrecht. He pointed to the Limeade Institute’s findings, which show that when employees feel cared for, “they are 10 times more likely to recommend their company as a great place to work; nine times more likely to want to stay at their company for three or more years; and twice as likely to be engaged at work.”

It’s unclear who will permanently fill this role, with T-Mobile’s quirky CEO John Legere rumored as being tapped as WeWork’s next chief executive.

As for the startup’s once cult-like internal atmosphere, SoftBank also has its work cut out there. Albrecht says that in cases like this, defining the company’s new culture “in writing” and threading it through the fabric of the organization is vital to sustaining employees’ tenures.

Then again, there’s also the option of trial and error in overhauling a toxic workplace culture. “Sometimes throwing spaghetti at the wall is the best approach—especially if you can clean it up quickly when it doesn’t stick. In other words, be willing to fail fast and fix faster,” said Albrecht.

For WeWork, rehabilitating not only its public image, but also the remainder of human collateral damage, will greatly shape its business model going forward. 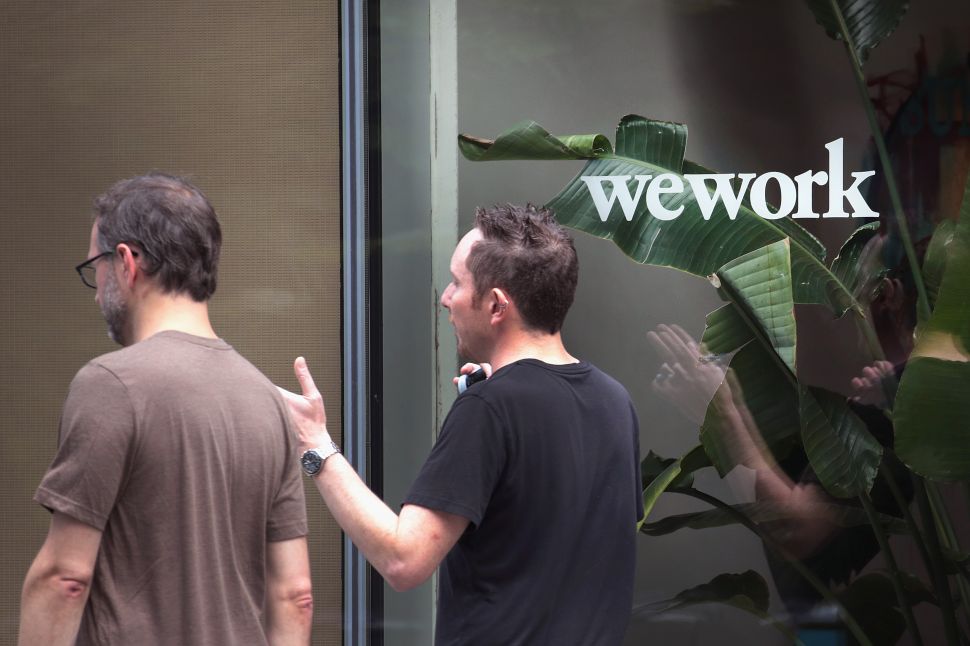