It’s not hyperbole to say that George R.R. Martin’s The Winds of Winter, the sixth book in his Game of Thrones-inspiring fantasy series, is one of the most-anticipated releases worldwide. There’s a reason we’ve clung to his every word on the subject, meticulously tracking its progress and eagerly awaiting a final product that likely isn’t coming. In fairness, the last novel—A Dance with Dragons—arrived all the way back in 2011, making this the longest wait between books in the series’ lifespan. Now that HBO’s Game of Thrones has finally concluded, some believed The Winds of Winter would not be too far behind.

Earlier this week, HBO announced that it had axed one prequel series while doling out a full-season order for another. The winner is House of the Dragon, a Targaryen-centric prequel set 300 years before the main series. Co-showrun by talented director Miguel Sapochnik and writer Ryan Condal, Martin revealed in a blog post that House of the Dragon was “the first concept I pitched to HBO when we started talking about a successor show, way back in the summer of 2016.”

But how involved will the author be in its development and what does that mean for The Winds of Winter?

“As yet, we don’t even know where we will be shooting…though I expect we will revisit at least some of the countries David & Dan used for Game of Thrones (Ireland, Iceland, Scotland, Croatia, Morocco, Malta, and Spain),” Martin wrote in the blog post. “I expect to be involved in all of this to some extent…and, who knows, if things work out, I may even be able to script a few episodes, as I did for the first four seasons of Game of Thrones. But…let me make this perfectly clear…I am not taking on any scripts until I have finished and delivered Winds of Winter. Winter is still coming, and Winds remains my priority, as much as I’d love to write an episodes of House.”

Well, that’s something. It doesn’t suggest that Winds of Winter is arriving anytime soon unfortunately. But according to Martin, he won’t take on any additional duties (other than the development duties for multiple successor shows he’s been working on), until the book is complete. When that will be is anyone’s guess. 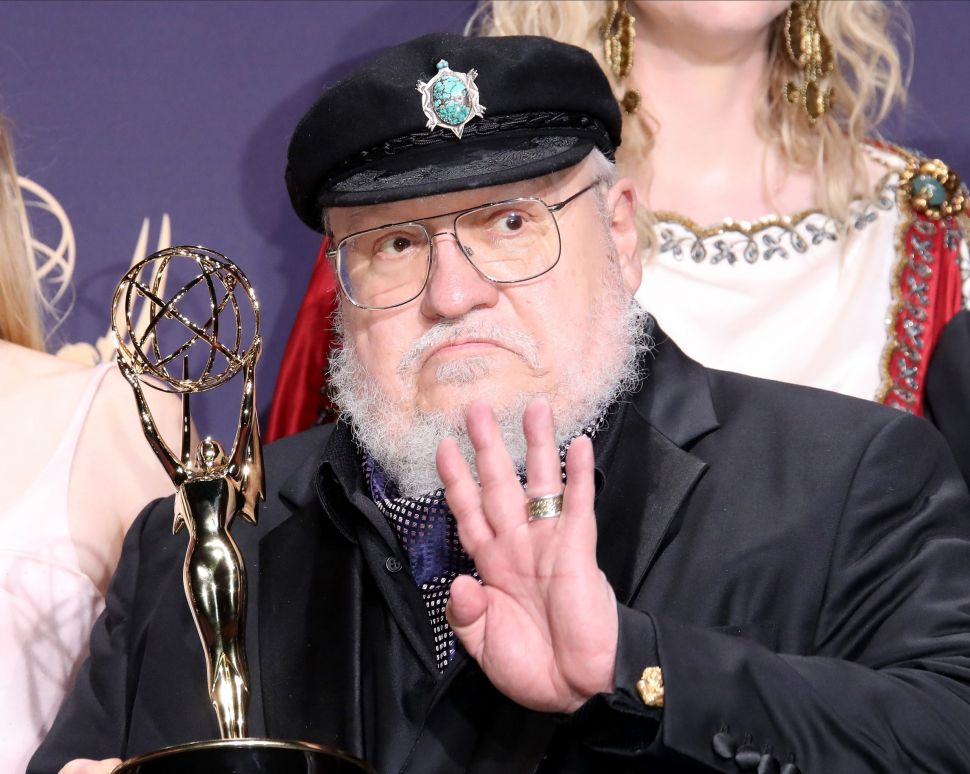