Q: Why did 12 bottles of vino get launched into space?
A: To study the effects of microgravity and space radiation on the aging process of wine.

SEE ALSO: Future Spacesuits for Regular People Are Much Cooler Than NASA Gear

Now, let’s backtrack. Twelve bottles of wine were part of the cargo that successfully docked aboard the International Space Station (ISS) on Monday morning, according to Tech Crunch. The wine is part of a 12-month experiment being conducted by the Luxembourg startup Space Cargo Unlimited to study how the aging process of wine is affected by microgravity in space.

As a control group, samples of the space-bound wine will remain here, amongst us humans on Earth, and will be aged simultaneously for the same 12-month period. Both Earth and space samples will be kept in a sealed glass bottle at a constant temperature of roughly 18 degrees Celsius. Upon orbital return, wine comparisons will be made to determine if there are taste differences that result from the effects of microgravity and space-based radiation, along with the measuring of physical and chemical reactions of the fermented grape juice.

Hmmm? Sampling wine affected by space radiation sounds like the origin story of a new Marvel superhero. But it isn’t…

The moniker for the mission is “Vitis Vinum in Spatium Experimentia,” which roughly translates from Latin to the scientific English mission name, “Wine Grape in Space Experiment.”

“The absence of gravity is interesting. It creates a strong stress on life, it creates a phenomenon where life fights back,” Space Cargo Unlimited co-founder and CEO Nicolas Gaume told Luxembourg’s all-English media outlet Delano. “In the absence of gravity, it tries to put things in order. Most of the time, it fails and the organism dies. Sometimes they resist and find means to evolve and adapt.”

Space Cargo Unlimited’s site trumpets the wine experiment as a perennial scientific feat. In fact, the mission is “the first privately lead comprehensive research program on the ISS… focusing on the future of agriculture for a changing Earth.”

The experiment also leans towards the experimental insights of Louis Pasteur (who developed pasteurization through experiments with wine fermentation), which, in turn, will hopefully produce broader applications across overall food preservation.

Not only are the bottles of wine aboard the ISS for scientific research, but according to Quartz, they’re also meant as bait for the wealthy to fund the experiment through a “luxury goods partnership that will deliver a customized chest full of objects flown to space to ultra-wealthy sponsors, called patrons, who back the project. The highlight of that chest will be a bottle of the wine.”

The idea of commercializing research in space isn’t a new concept. NASA is hoping to alleviate space costs of the ISS by having universities and businesses step in as joint customers on privately-operated space stations. Elon Musk is helping fund Space X by launching satellites for both commercial customers and the U.S. Department of Defense.

And, the Wine Grape in Space Experiment isn’t the first time booze has been sent into space. Leave it to the Russians to bring along vodka and cognac on previous missions aboard the International Space Station. In fact, adult beverages were included as part of the cosmonauts’ rations. Cosmonauts, aboard the Mir space station, were recommended alcohol by doctors to stimulate the immune system and to keep the human organism in tone. (Though, we are not endorsing drinking and driving a spacecraft.)

Wine also made an appearance in orbit aboard the Discovery shuttle in 1985, when French astronaut Patrick Baudry brought along a half bottle of 1975 Château Lynch-Bages as part of his cargo.

So, let’s send an orbital à votre santé to all of our space traveling friends! 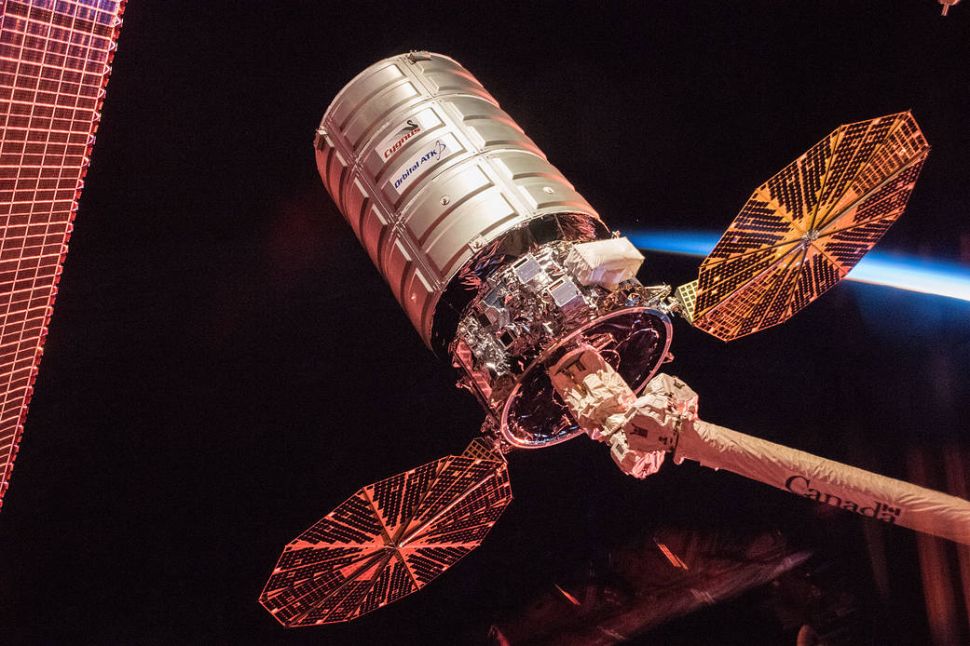