Yahoo’s former CEO Marissa Mayer, the youngest chief executive in the company’s history, was once one of the most high-profile figures in the tech industry. But after a tumultuous five-year tenure at Yahoo, she vanished from the spotlight completely in 2017 after the tech media company sold its core business to Verizon for $4.5 billion.

But this week, Mayer got back into the game with a new venture that sounds exactly like what every other former big tech CEO is up to these days: a fool-proof combination of cutting-edge technology, connecting people in some way and the nonexistence of any real products just yet.

Speaking at a conference by Techonomy Media on Monday in Half Moon Bay, Calif., Mayer offered a glimpse into her startup, Lumi Labs, which she co-founded with her former Yahoo colleague, Enrique Munoz Torres, shortly after leaving the company in 2017.

Without unveiling too many details, Mayer said the startup aims to address problems in the “contacts, events and groups space” through the means of artificial intelligence (AI).

One example would be to clean up the universal messiness of mobile contact books. Mayer said she’d surveyed thousands of people from all walks of life and has never met a person who said their contact book is perfectly organized.

“That’s a problem that’s rich and interesting,” she said. “The same thing is true for group formation. All the group formation tools out there are really difficult [to use]… It’s very hard to make sure that the group membership is moderated the right way and that you are connecting people the right way. We think there’s a lot [to be done] there.”

Although these seem to be small issues compared to the world-changing ambitions of other AI entrepreneurs, Mayer said they could make a big difference in people’s lives.

“The overriding focus [of AI] is on the grand challenges, such as self-driving cars and global facial recognition. But there are smaller applications that can be just as useful to benefit people every day,” she said, adding that it’s similar to how the 1969 moon landing effort led to less “grand,” consumer-oriented inventions such as computer chips.

Mayer said Lumi Labs is close to launching its first product “in the next few months.”

Mayer began her high-flying career in tech as the 20th employee at Google in 1999. She was a key figure behind many iconic Google products, including Google search, Gmail, Google News, Google Maps and others.

In 2012, she was tapped from Google by Yahoo as its president and CEO. Although a talented engineer and an accomplished product manager at Google, Mayer faced harsh criticism at Yahoo for many of her management decisions, including instituting a performance ranking system that allegedly discriminated against male employees. 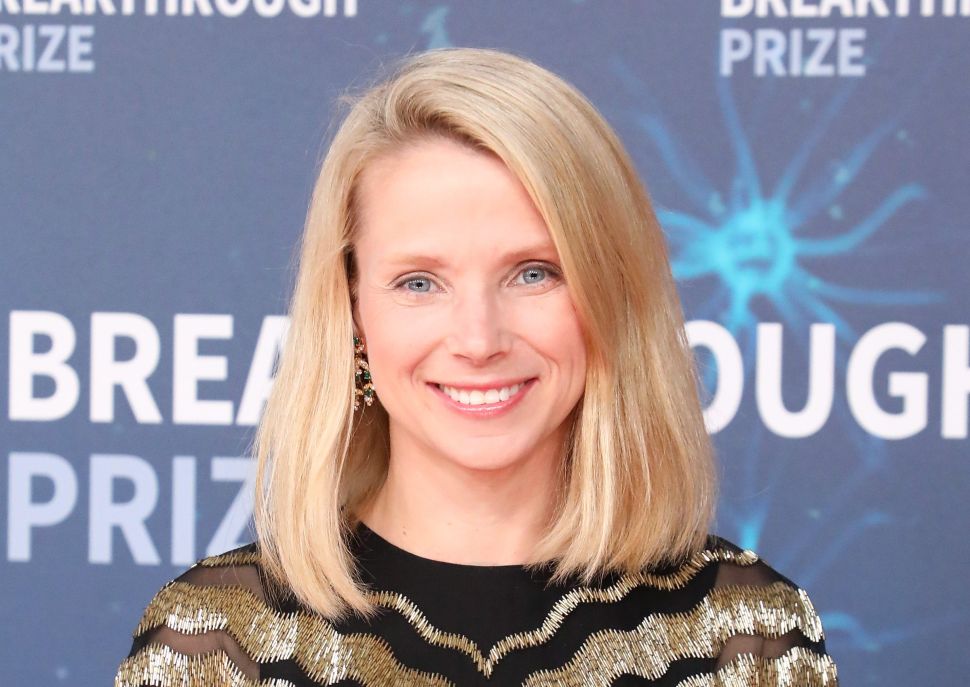