This is the first one, the World War nobody remembers, about which everyone alive 100 years ago can no longer offer any first-hand information. But major wars live on in libraries and movies, rarely as exciting or suspenseful as the epic and urgently demanding 1917. Even if you’re too young to care, it’s a war movie that will leave you breathless.

SEE ALSO: ‘The Aeronauts’ Is an Entertaining Adventure About Daredevil Hot-Air Balloon Pioneers

Schofield (George MacKay) and Blake (Dean-Charles Chapman), two young British corporals fighting the Germans, are recruited to walk six hours to the front lines to prevent the army from attacking the enemy in what is learned will be an ambush that will surely kill 1600 men. Through bottomless trenches, piles of corpses and dead horses, and miles of tangled barbed wire, the journey appears endless, but their dedication to duty drives them on, into deserted mine shafts wired with explosives, across buried land mines that could blow them up with a single touch of a muddy boot, down cobblestone streets of deserted towns in which every human encounter spells either salvation or death.

Even after one man dies at the hands of a German pilot, leaving his partner to fend for himself alone and paralyzed with terror, the mission plunges on, beautifully shot by the famed Oscar-winning cinematographer Roger Deakins (Blade Runner). Under the guidance of director Sam Mendes, who co-wrote the screenplay with Krysty Wilson-Cairns, the film occasionally crawls to a halt, but there is always another peril around the corner. The encounters are treacherous and the gunfire is so loud that you’re never in danger of dozing off.

The two leads are skillful and galvanizing, and they are supported by the cream of British talent, including Colin Firth, Benedict Cumberbatch, Mark Strong and Richard Madden. The intensity is overwhelming. Every war is hell, no matter when it was fought, but 1917, which is about a war far removed from contemporary reality, turns out to the best war picture since Saving Private Ryan. 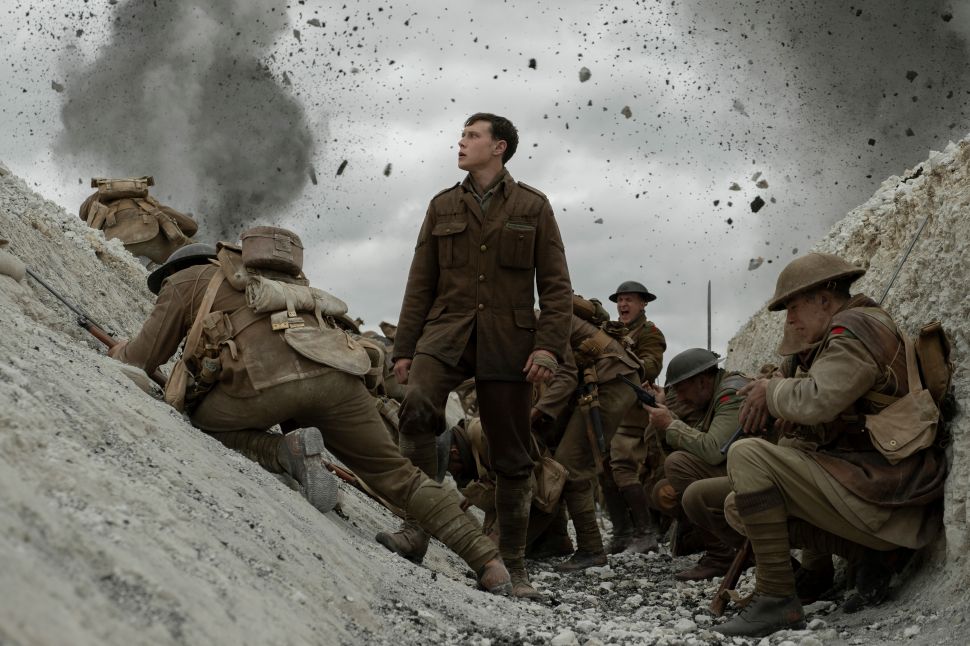