The 2010s have been huge for art. Over the last ten years I’ve seen shows that moved me to the point of tears, challenged both my intellect and my eyes and changed what I thought possible in the context of an exhibition. A list can’t sum up 10 years, but these are the ten exhibitions I think of most frequently. They fill me with joy, hope and excitement. I hope reading about them will do the same for you.

Nobody predicted Marina Abramović’s landmark exhibition at MoMA, “The Artist is Present,” would take off the way it did. Within weeks, though, people lined up for hours to see the show, and press poured in daily.

Most viewers did not visit the museum for the retrospective curated by Klaus Biesenbach, which traced her then four decade long career, including approximately 50 works of installation, performance documentation, photographs and sound art. Instead they came for The Artist Is Present, the performance from which the exhibition drew its name, and the center of a media circus so large it went on to spawn a documentary and inspire the creation of the Abramović Institute (later abandoned due to lack of funding).

The piece involved Abramović sitting silently in a chair all day, every day, throughout the course of the exhibition. (The New York Times reported that she clocked approximately 700 sitting hours.) One at a time, visitors sat in a chair facing her to silently return her gaze.

By description alone the piece doesn’t sound particularly interesting, but many visitors found the experience so moving they shed tears—as captured by MoMA’s photographer and uploaded to Flickr. From there, the Internet took over, birthing a media event of epic proportions.  The work’s inscrutability paired with audience response built a story hard to put into words. The artist’s indisputable presence excites. I’ve never believed it matched the media circus created, but then again, nothing ever does.

Alexander McQueen made monuments of women’s bodies through clothing alone. A master tailor who delighted in juxtaposing opposite textures and form, the garments in this show engaged themes of art history, nationalism and gothic Victorianism while transforming women into other worldly gods. Curated by Andrew Bolton, “Savage Beauty” laid out the importance of McQueen’s work, through thematic rooms and chronology. Mostly, though, the show lets the clothing make the argument for its own importance, and it did so brilliantly.

“The Encyclopedic Palace” might be the best exhibition I’ve seen in my lifetime. Curated by Massimilano Gioni, the exhibition brought together over one hundred and fifty artists from more than thirty-eight countries to build an imaginary museum that was meant to house all the world’s information. As an exhibition that examined how images have been used to organize knowledge and shape experience, the show gave visual scale to the magnitude of human achievement.

Marino Auriti’s inverted ice cream cone-shaped maquette from which the show took both its name and premise frames all that comes after it, including pages from psychologist Carl Gustav Jung’s illustrated manuscript, Red Book, and tarot cards from the famed occult leader Aleister Crowley. Pretty much every artist who made the biggest impact this decade showed work in this exhibition, from Hilma af Klint, whose retrospective of paintings at Guggenheim work attracted more visitors than any show in its history, to the Golden and Silver Lion winners, Christian Marclay and Camille Henrot. Marclay showed The Clock,  his cinematic masterpiece tracking the minutes of the day, and Henrot presented Grosse Fatigue, a video tracking the history of the world through a laptop and objects housed at the Smithsonian Institute.

The story of the Internet began with a few nerds and quickly grew into super-sized communities that now only the most isolated can avoid. To interpret this history through dance, Ryan McNamara costumed his performers in silver, rainbow gradients, and any printable pattern born online. The work drew on the YouTubiest of YouTube videos—K-Pop, home-made memes, and classics like the Jacksons. Perhaps the most astonishing part of the show, though, lay in the decision to put the theatre seats on wheels. As the story of the internet grew, an usher moved audience members from one corner of the room to the next. No one experienced the same show, nor saw every part of it. Witnessing one performance meant missing out on another—inducing the same kind of anxiety the Internet evokes.

Seven video installations by Hito Steyerl spanned two physical locations  and used data metaphors, world politics and art world institutions as subject matter. The result: a blend of science, art and politics that might use quantum mechanics to explain the relationship between bullets, data and museums. Most videos required multiple sittings to fully absorb the message. They are the strangest mind puzzles I’ve ever encountered, and delightful for it. I wish a foundation would buy this show and put it on permanent display.

No one transforms spaces into worlds like Peter Burr. For this exhibition, four enormous screens formed a dog-legged wall, while a dizzying array of black and white images ran over the screens to the sound of arpeggiate music and long droning hums. In one sequence, people traverse through a megamall modeled like an underground arcade. In another, fractured horizontal stripes furiously move up and down the screen, listing a test pattern for robots. In yet another, everything turns into a bright white strobe light.

The dazzling movement  of this piece at times made my stomach flutter (programming by Mark Fingerhut made the piece work), but the text by Porpentine brought tears to my eyes. In this imaginary and unsettling world, opinions don’t exist, sewers are designed with the “care and cleanliness of optic fibers” and the sun never shines.

Curators Ian Alteveer, Helen Molesworth and Dieter Roelstraete did the world a great service by bringing nearly 80 Kerry James Marshall works together for his traveling retrospective “Mastery.” The man knows how to paint.  In the same way painters idealize whiteness by creating flesh tones that have an almost unnatural sense of life and vibrancy, Marshall imbued African American figures with that same intensity. His blacks read as blacker than black, smooth and luscious, as if alive and glowing with energy.

More than just formalism ties this work together, though. “Making art isn’t just about self expression, it’s about solving problems,” Kerry James Marshall said in the Met’s audio guide. Marshall’s words referred to the absence of black figures in art historical paintings, which he set to rectify by creating his own inspired masterworks. The works in this show  drew on a rich history of painting, while immeasurably adding to it.

Faust famously describes the story of a scholar who sells his soul to the devil for knowledge and power. The most famous interpretations of the legend reflect fears of lost potential and exploitation, themes that permeate Anne Imhof’s four-hour opera created for Germany’s 2017 Venice Biennale pavilion. Described as a “health goth art world take over”—perhaps for the sheer spectacle—two caged Doberman Pinschers barked at visitors waiting in line. Inside, eight strung-out looking performers wearing black workout gear made by sportswear giants occupied an empty exhibition space. Performers charged their phones under the custom-made elevated glass floor, climbed the walls to sit on glass perches, and sang in low tones. At one point, a raw chicken became a prop. At another, segments of semi-transparent glass transformed the performers bodies into ghost-like figures. The glass mirrored back a hazy reflection of  spectators, creating a strange technological placelessness and disconnect with the larger world.

Perhaps no museum exhibition and retrospective of this decade proved more overdue than Jack Whitten’s Odyssey at the Metropolitan Museum of Art. Curated by Kelly Baum and Katy Siegel, the exhibition included nearly 60 works, more than half of them sculptures that, up until the time of this show, had only been shown twice in his lifetime. Given the level of skill exhibited by this virtuoso artist, the fact that this work only received exposure at the end of Whitten’s lifetime can only be described as tragic. (He died eight months before the show opened.) Inspired by African American artists and writers, Whitten frequently drew inspiration from high-profile figures and literature such as Malcolm X and Ralph Ellison’s Invisible Man to create his work. Carefully juxtaposing these narratives with a near perfect balance of texture and form, this exhibition left me near euphoric. Look at the work online. See it in person. Never miss an opportunity to view Whitten’s art.

If a visual road map between the 1980’s political media environment and today’s cacophony of corruption exists, it might come in the form of Gretchen Bender’s “So Much Deathless” exhibition at Red Bull Studios. Curated by Max Wolf, the exhibition showcased videos that demonstrate her pioneering style of quick cuts and pattern repetition (a draw for collaborating musicians such as New Order and REM), and the themes of colonialism, conquest and state propaganda she frequently employed in her work. All of it seemed to point to one inevitable outcome: today’s world instability. As frantic and branded as Bender’s world might seem, I actually found it comforting. At the time Bender was working, we were fucking up the world, but not everyone knew it yet. Bender’s videos sought to jolt us out of our complacency. Today, that seems far preferable to the growing army of extremists ready to take up arms against anyone who dares to defy Trump. 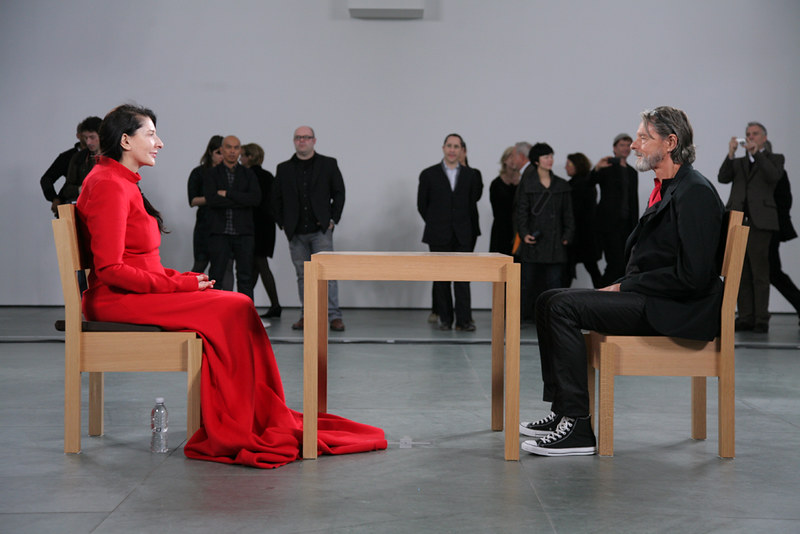