2019 was the year of the fired, ahem “resigned,” chief executive officer. For a while there, it felt like we were seeing headlines about a new CEO in hot water every other day. That’s because over a thousand of them stepped down in just the first three quarters of the year alone.

Whether it was over an employee scandal or unhinged conspiracy theories that had shareholders concerned (paging Overstock’s Patrick Byrne), 2019 gave us our fair share of CEO scandals. And while tech startups made the most headlines, it wasn’t just budding unicorns that fell victim to the trend; even giant corporations saw shakeups at the executive level play out in public.

SEE ALSO: Elon Musk Is Most Inspiring Boss, Say Those Not Working for Him

Jordan Cohen, chief marketing officer of communications firm North 6th Agency and an expert on public image, says that these brands need to “clean up their image” in 2020.

“Increasingly consumers will only work with brands that demonstrate alignment with their core values, especially the coveted Millennial and Generation Z demographics,” Cohen told Observer, explaining that companies linked to scandals see the effects on their popularity, revenue and, of course, ultimately shareholder value. This phenomenon is something we witnessed with unicorns like WeWork and Juul this year, which both had their inflated valuations fall by billions within months.”

“The reputation of the CEO is inextricably linked to the reputation of the company and vice versa,” Cohen continued. “With consumers holding companies responsible for their actions, we have seen corporate boards having no choice but to take immediate action in order to protect their brands at an unusually high level this year.”

With companies having to throw their CEOs (including founders) under the bus to mitigate any risks, it’s clear why the casualties are increasing. Without further ado, the following is a roundup of the top 2019 CEOs that are (now) gone, but definitely not forgotten.

Arguably the most infamous CEO is WeWork’s very own co-founder and chief executive, Adam Neumann. Dodging accusations of shady financial dealings between reports of office tequila shots and smoking weed on private jets, Neumann was forced out of his company by majority stakeholder SoftBank, following WeWork’s botched IPO. But don’t feel too bad for the eccentric entrepreneur; he made out with a $1.7 billion exit package.

On December 3, Google co-founder Larry Page stepped down as CEO of parent company Alphabet, shocking the tech industry. Google CEO Sundar Pichai has taken over the responsibility, relieving the Silicon Valley mainstay of the leadership position he reportedly “hated” having. The billionaire can now turn his attention to other ventures, solving pressing issue like the development of a universal flu vaccine.

This past October marked an end of an era at Nike, when its Board of Directors announced the replacement of longtime chief executive Mark Parker. The sneaker giant named eBay CEO and Nike board member John Donahoe as its new CEO for 2020, indicating a strategy for an even bigger e-commerce footprint in the coming years. While Parker remains at Nike as executive chairman, the reshuffling is said to do with his alleged involvement in the company’s performance-enhancing drug scandal, dubbed the “Oregon Project.”

As the internet’s favorite e-cigarette brand, Juul’s notoriety had it go into crisis mode this fall, when it announced the exit of CEO and scapegoat Kevin Burns.The head of Juul Labs was quickly replaced by K.C. Crosthwaite of Altria (the tobacco company that owns a 35% stake in Juul), who’s been busy doing damage control amid vape ban threats.

The recent decline of eBay isn’t the sexiest tech story of the year, but it nonetheless led to internal turmoil that eventually ousted longtime CEO Devin Wenig in September. The marketplace giant’s board swiftly named Scott Schenkel as its interim chief executive officer, who will lead the company until a permanent candidate is found.

E-commerce site Overstock had quite the shakeup this past summer when founder and CEO Patrick Byrne was exposed as a major conspiracy theorist via his questionable “deep state” commentary. While Byrne has been known to have controversial beliefs over the years, it was his claims of bringing involved in the FBI’s ongoing Russia investigation and Hillary Clinton’s 2016 email scandal that finally sent him packing. After 20 years at Overstock, Byrne resigned in a long-winded letter, in which he maintained he did “what was necessary for the good of the country.”

Just this month, Expedia Group announced the resignation of CEO Mark Okerstrom, following a period of rapid decline for the travel booking company. Expedia, which has been facing mounting competition from Airbnb, cited disagreement between Okerstrom and the board of directors over Expedia’s business strategy as reasoning for the resignation. Okerstrom’s departure comes just two years into the role, having taken over in 2017 when Dara Khosrowshahi left to clean up the mess over at Uber.

Following a year marred by political scandals and a decline in memberships, CEO Melanie Whelan stepped down from the stationary bicycle in late November. The executive, who announced she was “deeply grateful for the opportunity,” departed the spin-focused studio chain as it struggles to overhaul its image and compete with at-home bike Peloton.

Back in the spring, Blue Apron announced the departure of CEO Brad Dickerson and replaced him with former Etsy exec Linda Findley Kozlowski. The meal kit delivery service, which has been struggling since its 2017 IPO, also simultaneously had co-founder Ilia Papas leave “for other opportunities.” But Blue Apron has continued taking a stab at improving sales: first by hopping on the plant-based wagon with a Beyond Meat partnership and more recently with the introduction of “diabetes-friendly” recipes.

Last but not least is Away luggage co-founder Steph Korey, who definitely did not step down for terrorizing her employees via Slack. The accountability-driven CEO, whose workplace behavior was first outlined in a Verge investigation, was replaced by Lululemon executive Stuart Haselden just days after the exposé was published, a move the suitcase startup claimed had been in the works. *Insert “Sure Jan” gif here.*

We can’t help but give a shout out to a few others ousted in the wake of company scandals: Sheila Lirio Marcelo of Care.com, the largest online caregiver marketplace, which, according to a March WSJ investigation, allegedly listed caregivers with police records on the site; Kevin Plank of Under Armour, who reportedly encouraged a company culture that involved strip club visits paid for with corporate credit cards; and Steve Easterbrook of McDonald’s, who was fired last month due to a consensual relationship with an employee, which reportedly violated the company’s personal conduct policy. Raise one up for the class of 2019. 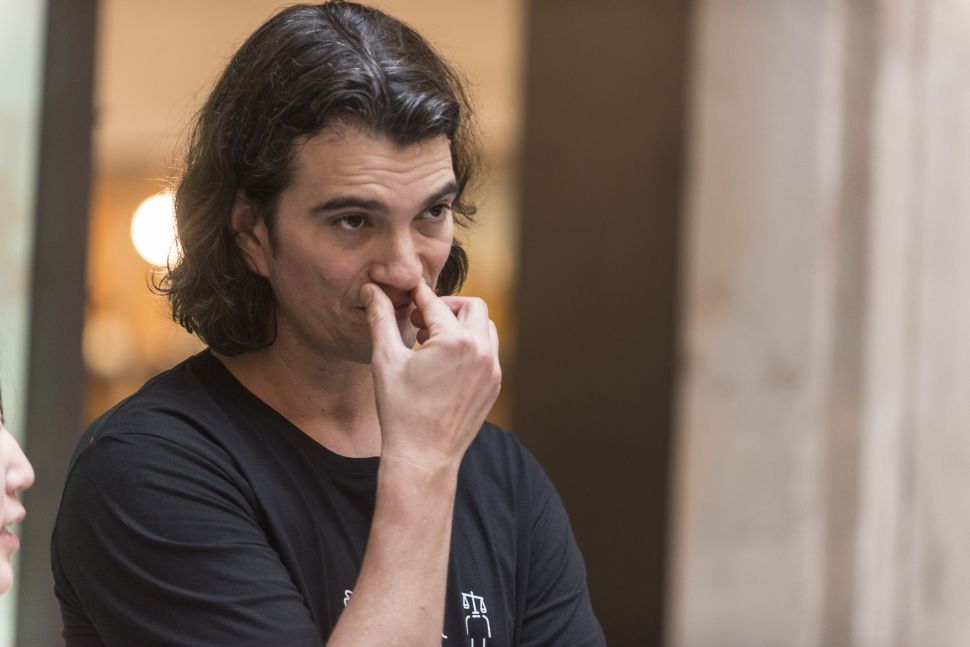