We here at Observer never root for a film to fail. We wish the prodigious volume of time, energy and resources that go into a production were all rewarded with lucrative box office runs, but that is not the reality of Hollywood. Due to a variety of factors ranging from the rise of at-home entertainment options, marketing, budget concerns, quality, pre-release buzz and competition, delivering a money-making movie today is more challenging than ever. The best we can do is try to identify films that may struggle at the box office for one reason or another and simply hope for the best.

SEE ALSO: Would Leonardo DiCaprio Ever Appear in a Streaming Movie?

As such, here are 10 movies arriving in 2020 that may face an uphill battle.

Under Disney, 20th Century Fox has struggled to deliver profitable movies. The X-Men franchise conclusion Dark Phoenix lost an estimated $100 million-plus, and Disney took a $170 million write-down in its film division over the summer thanks to Fox’s underperforming films.

Underwater, which reportedly cost $65 million to make, is being dumped in the doldrums of early January, when most studios release troubled movies that don’t boast much internal confidence. Glass collected an impressive worldwide total with a January release, and Crawl, another -based creature-feature, managed to score big this summer. But replicating that success will be difficult.

Many actors have come to learn the hard way that it isn’t easy to successfully open a film without the safety net of the Marvel Cinematic Universe. Robert Downey Jr. may possess worldwide star power thanks to his role as Tony Stark/Iron Man, but that hasn’t always translated to ticket sales when he’s not saving the world.

The most concerning detail to consider when weighing Dolittle‘s financial prospects is its outsized budget: At $175 million, it’s going to need to cross the half billion mark to stand any chance of turning a profit.

Why won’t audiences turn out for female-fronted spy movies? Charlize Theron’s Atomic Blonde just barely clawed its way to $100 million worldwide, while Jennifer Lawrence’s Red Sparrow disappointed with $151 million against a $70 million budget. Both were solid features worth catching on the big screen, and their sub-par performances may not bode well for Blake Lively’s $50 million ass-kicking vehicle.

Originally, the movie was scheduled for a February 2019 release before being delayed until November and then pushed back again until January 2020.

The first trailer for Sonic and his CGI design was met with so much backlash from all four corners of the internet that Paramount delayed the film’s release in order to recreate the character. The studio deserves credit for listening to the fans on this one. However, the redesign is estimated to have cost Paramount $2.15 million for the trailer alone and roughly $35 million overall, according to Social Films. You can tack that on to Sonic‘s original $90 million budget. Behind-the-scenes whispers have also painted a less-than-ideal picture.

Bloodshot doesn’t carry the same level of name recognition with casual movie-goers unfamiliar with comic books as a Batman or a Superman. That lack of mainstream awareness could cap the movie’s upside, especially as it arrives just as the release schedule starts to fill up with bigger name features.

As of this writing, The New Mutants is still on Fox’s release schedule, but there’s little hope of this film ever making it into theaters. It was originally set to hit theaters in April 2018 before enduring four separate release delays. Reshoots were also ordered in order to make the film more frightening, but these have reportedly yet to take place.

At this point, if Disney doesn’t announce a Hulu release for the X-Men spinoff, it may never see the light of day, as Marvel looks to reboot the X-Men entirely. If, by some miracle, New Mutants does end up in theaters, it’ll be fighting against a few years worth of bad buzz.

Disney originally slated Artemis Fowl for release in August before delaying it until May 2020. The film is an expensive gamble on a new-to-screen concept. Yes, the book it’s based on has legions of fans, but that doesn’t always translate to a high-floor at the box office. Outside of its major brands, Disney has struggled to open new-to-screen franchise plays (see: Prince of Persia, John Carter, The Lone Ranger, Tomorrowland, A Wrinkle in Time, etc.).

This Ryan Reynolds vehicle about a bank teller who discovers he is actually a background player in an open-world video game feels like the type of silly and enjoyable meta-movie that audiences will pass over in theaters but discover via video on demand and streaming. It’s a cute premise with some solid humor and cool visuals, but unique original concepts are struggling in theatrical release right now. Free Guys feels destined to receive a second life on secondary viewing markets as a slept-on goodie.

May’s Godzilla: King of the Monsters cost $170 million to make but earned just $385 million worldwide amid scathing reviews. As a result, Warner Bros. and Legendary have delayed Godzilla vs Kong from its original March 2020 release date.

While there’s a lot to like about Legendary’s MonsterVerse, the return of the Jurassic World franchise seems to have satiated audience’s appetite for giant monster movies. The MonsterVerse may be forced to play second fiddle to Chris Pratt and Bryce Dallas Howard from here on out. 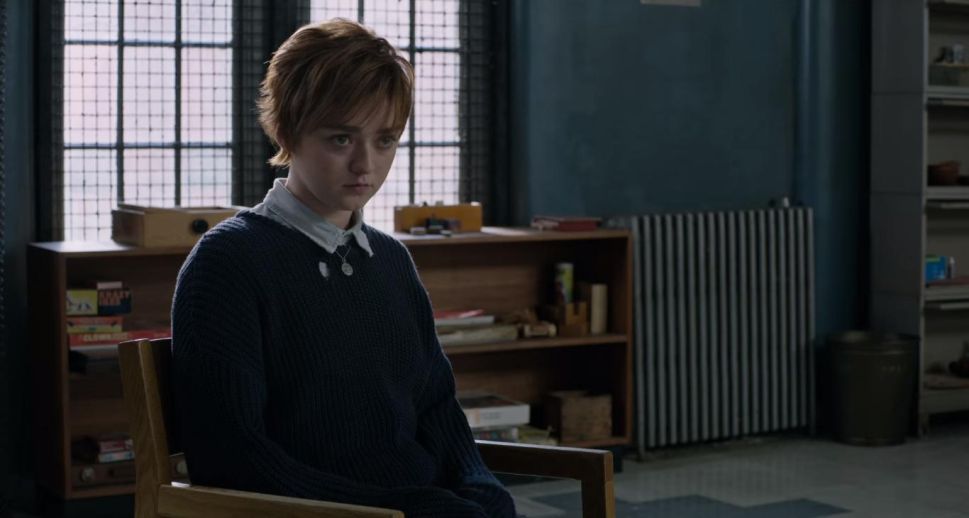