A Christmas Carol in Harlem might marry “classic work with uptown flair,” as the performance page shares, but it also serves one other key ingredient: timeliness for a timeless story.

SEE ALSO: How John Benjamin Hickey Is Finding Time to Direct a Play While Starring in ‘The Inheritance’

“Artistic Director Ty Jones contacted me in June 2018 and I started working on the text later that summer,” adapter Shawn René Graham said. “As a longtime Production Dramaturg at The Classical Theatre of Harlem, I was hesitant to tackle the Dickens tale. But after Ty and I had a series of conversations about how it could be relevant to the history and the people of Harlem—I realized it was personal.”

It’s personal in many ways for Graham. “In 2015, due to the rising costs of housing in Harlem, I was forced to move out,” she shared. “I now live in the Bronx, but it is deeper than just me and my situation. The cost of living has greatly increased and wages are not keeping up. Affordable housing and home ownership have always been a thorn in the side of black people especially. Since the emancipation of my enslaved ancestors, what land you could own and where you could live has always been dictated by someone else, even written into law. That’s a centuries-old crime and a result of capitalism and racism.”

A Christmas Carol—and its many incarnations—has long been a critique of greed. Here, the relevant story becomes an even timelier performance—one that can hold a mirror up to audiences while still delighting them. “My hope is that this piece will be an annual love letter to the Harlem community,” director Carl Cofield said, “that during the holiday season, families can spend time together, enjoying a play that reflects the community we share. Hopefully, this production will become a yearly tradition that is synonymous with the holiday season in the city.”

The performance tackles a specific subject while also enjoying wide appeal: not only via the title’s fame, but also its invigorating mix of characters and musical styles. The three ghosts represent different eras: a female acrobat and circus artist from the 1970s, a sparkling and diva-esque gender-fluid ghost for the present, and—for the future—a hooded, dark, gothic spirit foreshadowing a community’s grim future should the housing crisis tip into calamity. All of this is balanced with a variety of music, from rhythm and blues to hip-hop and Latino pop—a mix of melodies that Tiffany Rea-Fisher strings together with her energetic choreography.

“The story is timeless, tangible, and fantastical in equal parts and it is my job to express that through movement,” Rea-Fisher said. “I am the Artistic Director of Elisa Monte Dance, a modern dance company based here in New York, so I work from a contemporary, modern perspective. But this story goes from the ’70s to current times, so you’ll see some recognizable moves from the ’70s, ’80s and ’90s as part of the movement vocabulary.”

Running December 4 through 21 at City College’s Aaron Davis Hall, A Christmas Carol in Harlem promises to infuse its message with family fun and toe-tapping tunes. “It’s thrilling to put this show together and create a piece of theater that puts the Harlem community at the forefront,” Cofield said.

Perhaps most significantly, this play represents the integral role The Classical Theatre of Harlem plays in Manhattan, and an enormous Christmas show may be many audience members’ gateway into further understanding the artistic dynamics at home in the community. “Everything we create, we take very seriously,” Graham said. “Harlem deserves theatre that is representative of its population’s past, present and future.” 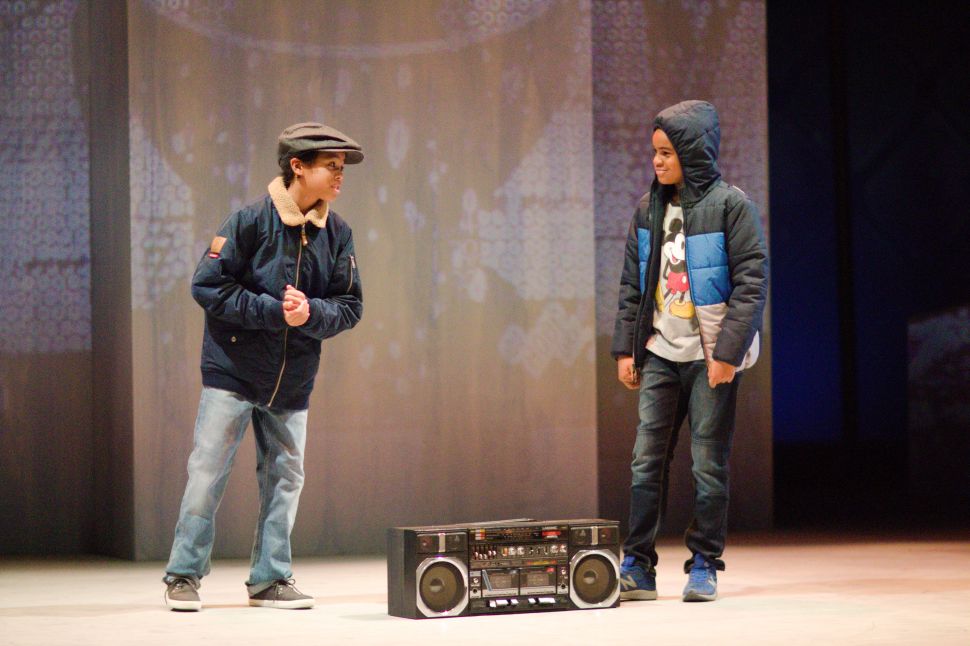