Back in mid-November, the floating city of Venice experienced the most severe flooding it’s endured since 1966: a deluge of seawater that partially immersed many historically priceless buildings, threatened many works of art and eventually reached all the way up to 6.14 feet above sea level. The threat to one of the world’s most beautiful and artistically relevant cities is absolutely real, due to the fact that Venice has still yet to install the “Experimental Electromechanical Module” barriers that could potentially keep it from being completely drowned by oncoming waves. According to a new report from Bloomberg, it actually wouldn’t cost that much money to preserve certain elements of Venice. But the question remains: why aren’t the world’s wealthiest benefactors reaching out to save Venice in the same way that they flocked to repair the Notre Dame Cathedral in Paris?

Famously, when a freak fire in April of 2019 devastated the historic Notre Dame Cathedral, and the world watched as plumes of smoke and wooden refuse spiraled into the air, wealthy individuals and companies all over the world responded by almost instantaneously pledging $841 million towards the reconstruction of the Parisian landmark. An American nonprofit organization called Save Venice Incorporated has been pouring resources into saving the city of Venice and its plentiful works of art for decades, but even so, Venice hasn’t seen the same degree of automatic global financial assistance as Notre Dame since the flooding began.

And as Bloomberg points out, some of these fixes for Venice wouldn’t even cost that much: trained conservators who can do restoration work cost $500 a day, flood barriers only cost up to $2,200 and desalination of the Ca’ d’Oro mansion would only set a benefactor back by $69,000. The fact of the matter is that everyone comes running to put out random fires, but people are way less willing to through their money at huge, overarching weather and problems that pose sustained threats to cities. That sort of reluctance to reckon with a years-long existential threat couldn’t have anything to do with fear of climate change, could it? 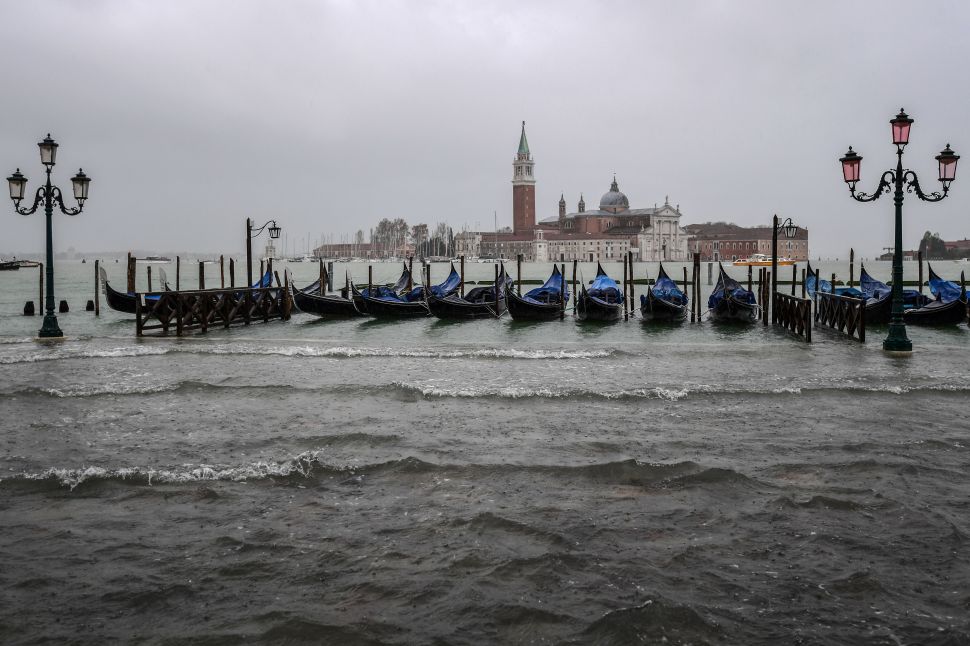