The results are not good.

SEE ALSO: Sex Workers Are at the Forefront of the Fight Against Mass Surveillance

Back in July, it was reported that Amazon’s home surveillance brand Ring had partnered with more than 200 police departments across the country. Amazon bought the “smart doorbell” in 2018 for a snazzy $1 billion, making it one of the company’s biggest purchases. The Ring device streams live audio and HD video to smartphones and tablets.

Watch all the shady people who visit these nice homeowners in the Ring promo video. Good thing they have the Ring smart doorbell.

Seems like a deterrent for no-goodnicks. It also seems like a massive amount of data that is being permanently collected via the device and shared through their app.

According to Motherboard, police officers can request homeowners’ surveillance footage through Ring. In a statement, Ring said that law enforcement requests must be tied to an active investigation, and though the owner’s consent is required, a warrant isn’t necessary.

However, Ring promised that its customers would always have a choice in what information the company shares with law enforcement. What does that mean?

Well, make sure you read all of the updates to Ring’s terms of service, so you’re aware if this legal playing field ever gets shifted—which, most likely, it will.

In an age when our smart refrigerators can be hacked to spy on us, what could possibly go wrong with law enforcement having access to our Amazon Ring cameras and footage.?

This past July, more than 200 police departments partnered with Ring. Do you think that number has increased or decreased since then? I’m going to wager on the side of increased.

Amazon’s sprawling home surveillance network is encompassed by those who’ve purchased their products. This week, Gizmodo revealed the potential location of tens of thousands of Ring cameras across the country. Privacy experts have used such words as “striking” and “disturbing” to sum up concerns over Ring’s growing surveillance expansion in US cities. Meanwhile, I’ll use the words “creepy” and “scary.”

Look at it this way: a person’s face is permanently documented during any interaction they might have at a home outfitted with a Ring device—whether they like it or not. It used to be the case that only states, such as Nevada, were allowed to secretly film people without their consent. Now, it’s the consumer who is doing the George Orwell legwork for our country’s law enforcement. And I’m sure it’s not a paid position.

There’s a serious Foucault panopticon shit being manifested here—in which our society is being shifted into a paradigm that leaves us feeling like we are always being secretly watched, monitored and recorded.

What misinformed vigilante mob crap could possibly go down when “neighbors connect and share events” via their amateur surveillance videos? It’s surprising that no one has accidentally gotten shot because of Ring’s Neighbors app.

Gizmodo mapped Ring’s massive home surveillance network by examining the traffic of the Neighbors app, which has millions of users.

Need more scariness? Anyone can use the Neighbors app; a Ring camera isn’t required. In cities where police have partnered with Ring, officers have access to a special law enforcement portal on the app, and can then request access to a homeowner’s Ring footage. Police can choose a date, time and location via a map, and Neighbors app users in the vicinity are alerted.

So what’s the privacy tradeoff in the United States of America where a citizen-driven network of surveillance cameras is controlled by Amazon, one of the most powerful corporations in the world known for abusing our data?

Well, just don’t mess up. Amazon is watching you—more and more, than you could possibly imagine, each and every day. 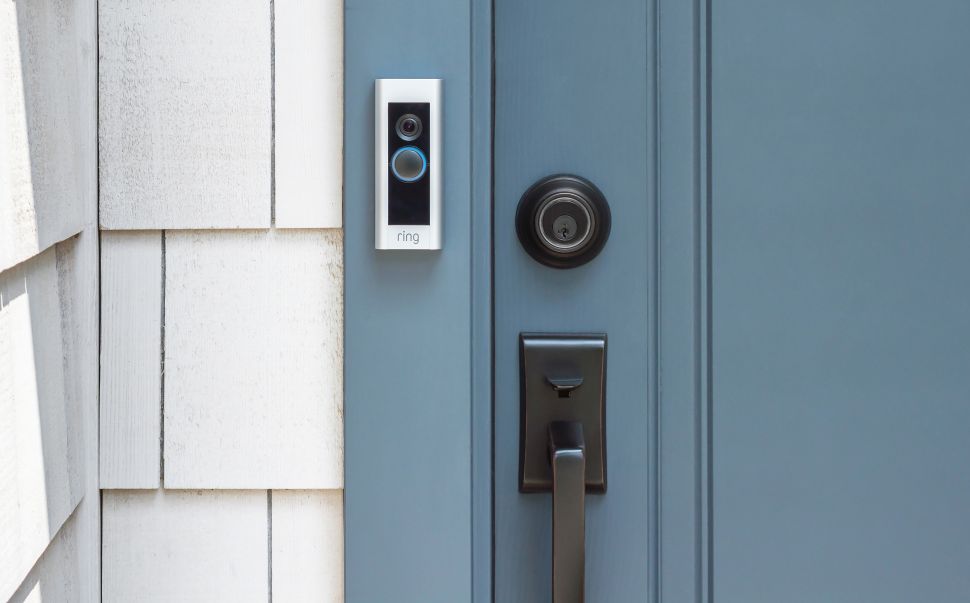