The impact of FedEx’s decision to stop doing business with Amazon earlier this year is still being felt. The online shopping giant informed third-party sellers that they’re not allowed to use the courier to fulfill a portion of orders, The Wall Street Journal reported on Monday, which will impact a number of merchants’ holiday season shipments.

Amazon’s reasoning for discouraging the use of FedEx Ground is that it’s been too slow, thus causing delays on package deliveries that were guaranteed by December 25. However, unhappy sellers say that the last-minute policy implementation is causing them the hassle of finding alternatives during the already-hectic fulfillment schedule they’re faced with this time of year.

FedEx, which blamed delays on recent inclement weather, released a statement claiming that the policy only affects “a very small number of shippers.” The company went on to say that Amazon’s ban also “limits the options for those small businesses on some of the highest demand shipping days in history and may compromise their ability to meet customer demands and manage their businesses.”

Despite citing delivery performance rates as the culprit, Amazon’s decision is no surprise given the two companies’ tension goes back to early 2019, when FedEx chose not to renew its contract with Amazon. The end of the relationship resulted in Amazon halting its use of FedEx’s Express delivery, so it’s no surprise that this latest installment in the saga can be interpreted as a jab back at the courier.

The blocking of marketplace merchants’ utilization of FedEx is also being viewed as a monopolization tactic by some, as it only allows sellers slim choices from other couriers, such as UPS. The concern is warranted, considering the news caused a bump in UPS shares on Tuesday. 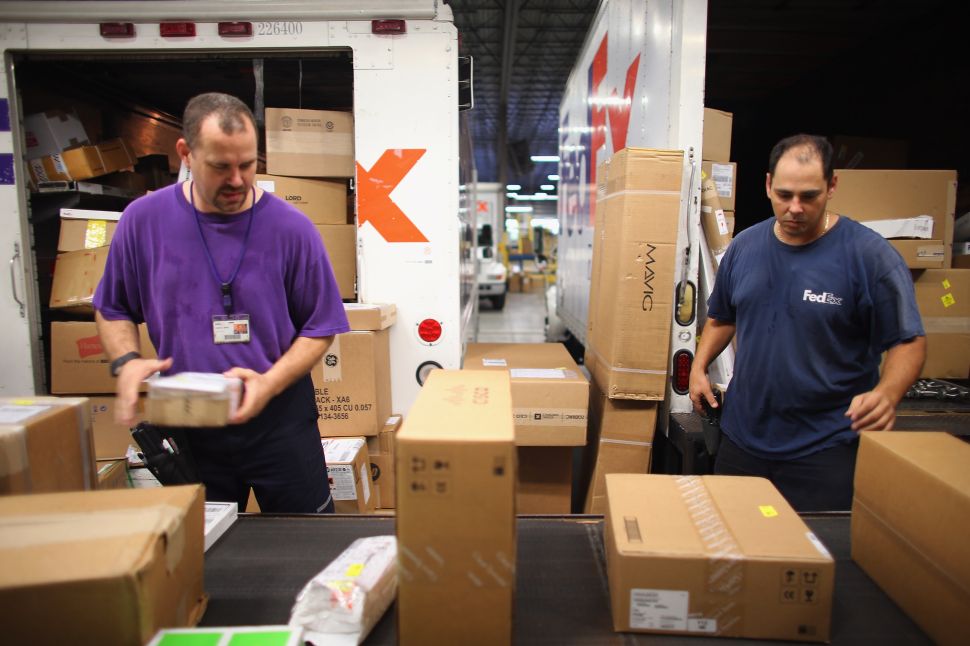