It’s another AirPods-dominated holiday season this year. Apple’s AirPods sold like hotcakes over the weekend, proving them to be one of the top sought-after gifts of 2019.

With deep discounts on the notoriously pricey accessory being offered across the web, it’s unsurprising that customers rushed to get a great deal on both the classic and the new AirPods Pro.

At one point during the long weekend, Amazon was temporarily out of stock of both versions of Apple’s earbuds. Though the e-commerce giant was able to replenish them by Sunday, they appear to be sold out as of Cyber Monday. Ironically, Amazon’s own version, the Echo Buds, are still available for purchase.

Apple could not be reached for comment on the continuous sell-out status of its AirPods.

Apple’s dominance of the wearables category throughout the holidays hasn’t been shaken by new competition, including competing products from the company’s own subsidiary Beats and the aforementioned Echo Buds, which hit the market on Oct. 30.

This year also happens to be a miss for planned look-a-likes by other tech manufacturers. For example: Microsoft’s Surface Earbuds, originally slated to arrive and compete with the AirPods this season, have had their release date pushed back to the spring, according to chief product officer Panos Panay. Google also recently announced it’s working on a Google Assistant-integrated version of the AirPods, called the Pixel Buds 2, to be released next year.

All in all, over this past shopping weekend, the AirPods solidified their popularity for the fourth consecutive year in a row. Though, with an even bigger selection of copycats due to arrive by the 2020 holiday season, consumers will have more AirPods alternatives than ever to gift next year. 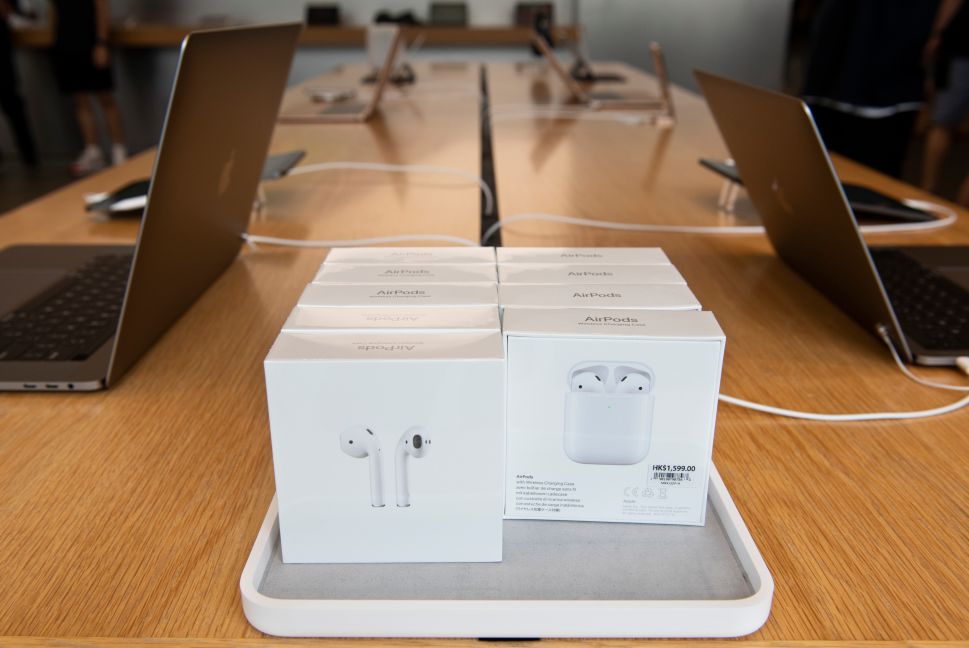