Starting in 2021, Apple may be dumping the lightning charging cable for some iPhones. This announcement was trumpeted last week, by Ming-Chi Kuo, a top Apple analyst with TF International Securities. Instead, on the company’s most premium and more expensive iPhone models, Apple will go with a completely wireless smartphone.

I recently bought the new iPhone 11 Pro. (Does mentioning that make it a tax write off?) To trek my tech evolutionary course, I was coming in to the iPhone 11 Pro from an iPhone 5s, so it was a huge leap. First, I cannot be more thrilled about the new three-lens camera update. Great improvement, Apple, no annoyance there.

But as we all know, newer iPhone no longer have the headphone jack; the earbuds now plug directly into the charging port. Great tech innovation… except when you lose your earbuds, and no one nearby sells that type of plug-in for your audio listening pleasure. Or, if you’re on an airplane, and you note its entertainment system only uses old-school headphone jacks.

Plus, what do you do with all of those old headphones you invested in that are connected by headphone jacks? I’m sure Apple has some sort of expensive adaptor we could purchase (they do). Thanks, Apple.

Ditching the lightning charging cable is a move towards a wireless tomorrow. That’s inevitable. But in the interim, if that’s the only option to charge your phone—that’s plain annoying.

Let’s backtrack. Before the thought of ditching the lightning charging cable was on our peripheral, the introduction of the eight-prong lightning charging cable itself, in 2012, was also a big annoyance. Back in the simpler time of the iPhone 5, when Apple executive Phil Schiller announced the new connector at an unveiling event, it was met with problematic double-takes; the new lightning charging cable rendered millions of iGizmo accessories obsolete. Adaptors had to be purchased for $30 a pop. Ugh. Sounds like the marketing plan was to sell more Apple products. Annoying.

More annoyance: In 1998, the iMac got rid of the floppy disk drive. People were annoyed. The computer only had a re-writable CD drive. Floppy disk users were outraged by the big annoyance at the time. Here’s Steve Jobs in 1998 telling us about this wonderful device-of-tomorrow, which would leave some momentarily annoyed.

And then, a decade later, MacBook Air was released with no drive at all.

Sure, we get that DVDs aren’t really a thing anymore, but not back in the old-timey days of 2011. Chances are, you were watching Rise of the Planet of the Apes on DVD. That is, except if you owned a MacBook Air or Mac Mini. This was the era when Apple began to remove DVD drives from all of its products. If you wanted to play a DVD on these devices, it required purchasing a $79 Mac SuperDrive. Again, this update signaled the death march of the DVD and optimal drives on Macs, but during the transition, the removal sure was annoying.

Back in those ancient days, here’s how Apple would troubleshoot problems with the soon-to-be removed optimal drive on a Mac laptop.

More annoyance came in 2015, when Apple released its new 12-inch MacBook… with just one port. Articles were written at the time with titles such as “How To Survive With Only One USB-C Port On Your New MacBook.”

The singular port, used to charge, power USB devices and connect to monitors, enabled Apple to make it the thinnest and lightest Mac of the time. Of course, for people who wanted to use their existing, standard USB devices with the laptop, they had to buy an $80 adapter. Talk about annoying.

More profit for Apple means more annoyance for us. Apple has proven its ability to forecast what will soon be technologically obsolete and evolve, while making a good profit by selling us expensive adaptors. But that doesn’t mean, in the interim, it’s not going to be very annoying.

I imagine in the future Apple will ditch all typing in lieu of voice activation on the iPhones… it’s just bound to happen, and, at first, it will be very annoying. 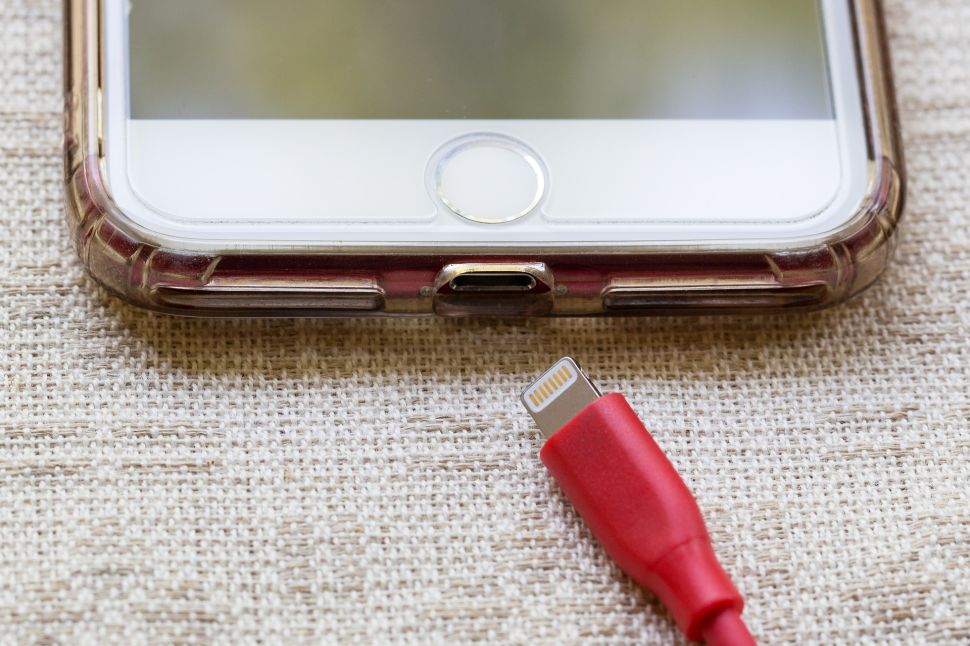