It’s interesting that while the price and popularity of fine artwork has continued to skyrocket all around the world, you might not hear so much anymore about utra-niche memorabilia collectors—people who devote their interests and storage space to accumulating vast troves of items that perhaps only a small group of additional enthusiasts might find valuable. On Dec. 17, American memorabilia aficionado John Azarian is letting go of 200 artifacts from his vast repository of 20th century pop culture bric-a-brac in an auction organized by Profiles in History. Azarian’s is a collection that includes Lynda Carter’s Wonder Woman costume, tunics worn by the cast members of the original Star Trek series and a pair of Batman and Robin costumes that are similarly from their original 1960s series. In today’s superhero-obsessed cultural climate, it’s the latter costumes that are generating the most interest, being expected to sell for approximately $200,000.

SEE ALSO: The First-Ever Marvel Comic Book Has Sold at Auction for $1.26 Million

In contrast to blue-chip works of art by famous artists, which are sold and exchanged among the very wealthy essentially like stocks and bonds, the Batman and Robin costumes have such astronomical sentimental value to Azarian that his sale of the costumes comes with a particular condition: he wants them to remain together when they’re bought, like two anxious puppies from the same litter. “I wouldn’t want to break up the pair,” Azarian told the New York Post. “They are the only complete and original pair in the world. There are other costumes but they are missing pieces or there are replica pieces. Mine are 100 percent authentic.”

But of course, Azarian’s unfettered passion for superhero-related ephemera isn’t unique. Just two weeks ago, a buyer paid $1.26 million for the first-ever Marvel comic book edition ever made, which told the origin story of the Human Torch. This makes sense: as our collectively consumed cultural products become more and more confined to streaming services, diehard fans are clinging to tangible souvenirs of the way things used to be. 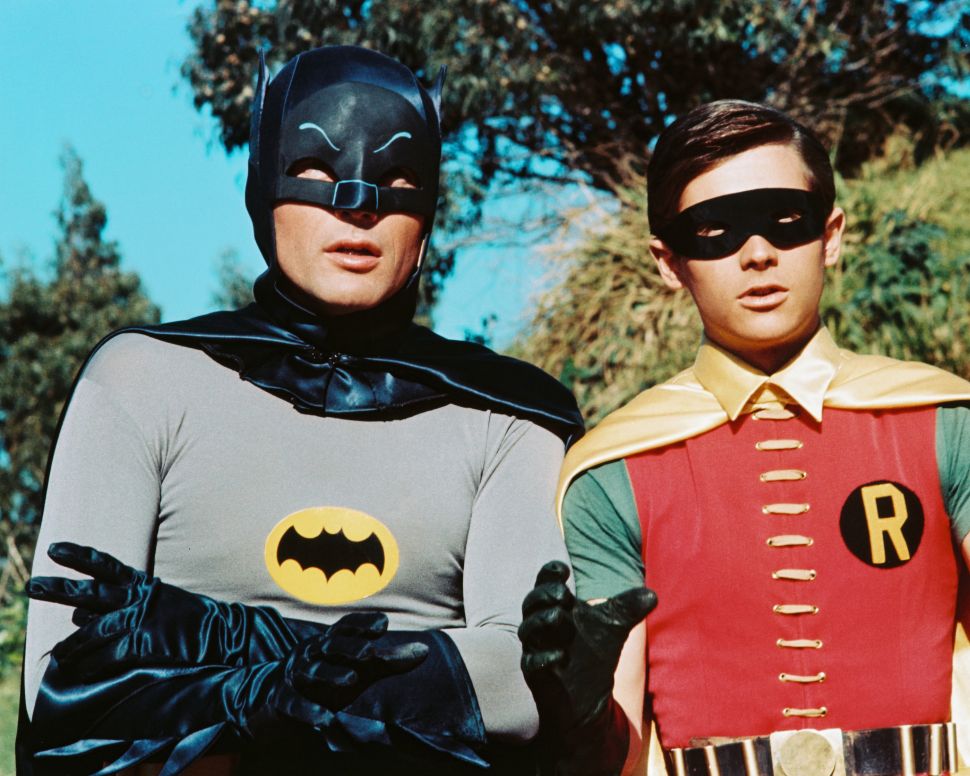