Looking back on a decade of opera-going for me honestly consists in large part of saying “Did I see that?” As in any art form, opera includes a large blur of mediocrity. But the greatest opera memories can be more vivid than recollections of real life.

For me personally and professionally, the most important event of 2010-2019 was joining the Observer, where I am invited to write about opera every week. Previous to then (through 2013) I was at the New York Post, and the first couple of terse and slangy reviews I’ll recall here are from that paper.

It’s hard to believe that Angela Gheorghiu’s glamorous and individual take on Verdi’s La Traviata is now almost a decade in the past. Her appearances in this role at the Met in the spring of 2010 felt like the end of several eras as she spun out her mysteriously veiled voice and seemed to float across the gaudy Franco Zeffirelli production like a gorgeous phantom.

As if in reaction to this romanticized take on Traviata, the Met unveiled what was arguably their greatest production of the decade, a stark, heavily symbolic staging by Willy Decker, which had its first run in the winter of 2011. This take on the Paris demimonde was hard, tough and unrelenting, placing the heroine in a sterile white ballroom from which there was (suggestively) only a single exit. Revivals through the decade featured some of the world’s top Violettas: Natalie Dessay, Diana Damrau and Sonya Yoncheva.

In the wake of the Met’s underwhelming new Robert Lepage production of Wagner’s Ring cycle, I had the great fortune of being assigned to review the same work in a mind-bendingly challenging staging at the Bayreuth Festival in Germany. The action in this 2013 Frank Castorf version of the Germanic saga sprawled from a motel on Route 66 to an oil field in Baku to Berlin’s Alexanderplatz. But at the last minute the show had a Manhattan moment, when the burning wreck of the gods’ fortress Valhalla was revealed to be the New York Stock Exchange!

Only about a month after I landed at the Observer I had the delightful and bracing experience of “discovering” not one but two fledgling opera companies. First was PROTOTYPE, a winter festival of contemporary opera, which in its second season (2014) unveiled a modern classic, Gregory Spears’ Paul’s Case. This wrenching account of a misfit teenage boy’s ill-fated spree in New York City featured such a realistic performance by tenor Jonathan Blalock that I honestly believed the performer, not just the character, was on the autism spectrum.

Perhaps the oddest but certainly the most lovable operatic experiment of the decade was Loft Opera, a youth-oriented troupe that performed opera as if it were an underground dance party. My first encounter with them was La Bohème in the brutal winter of 2014 in an underheated warehouse. Tears began to flow when Mimi complained of a chronic cough…and soprano Liana Guberman’s breath emerged as icy fog.

Also offbeat was director Dmitri Tcherniakov’s reworking of Borodin’s epic opera Prince Igor for the Met. The centerpiece of this psychological drama was the dreamy Polovtsian act, in which the vast Met stage was transformed into a seemingly infinite expanse of brilliant red poppies. This production offered Met mainstay Ildar Abdrazakov his best showcase of the decade, highlighting both his energetic singing and sensitive acting as the war-scarred prince.

More than the usual quota of tragedy hung over the 2016 premiere of Patrice Chéreau’s “slow-simmering but ultimately shattering production” of Strauss’s Elektra at the Met. Though the staging itself hinted at ambiguity and unfinished business at the close of the work, real-life circumstance carried a heavy weight of finality: the director died not long after creating the original version of this production for the Aix-en-Provence Festival. Happily, what arrived at the Met retained its harrowing power.

Similarly stark was another 2016 Met production, Tristan und Isolde directed by Mariusz Trelinski, a reimagining of Wagner’s hyper-romantic love saga as a case study of folie à deux. Balancing the shadowy visuals was the fleet, transparent conducting by Sir Simon Rattle, perhaps the most youthful-sounding reading of the opera I’ve ever heard.

No survey of this decade would be complete without a grand curtsy toward the Met’s prima donna assoluta, Anna Netrebko. The soprano has starred in annual new productions and HD telecasts galore, and this ten-year period has witnessed her soprano’s evolution from lyric to dramatic. Of her many portrayals, I think I like best the title role in Puccini’s Manon Lescaut, in which she melded voluptuous vocalism with a bold characterization on the razor’s edge of camp.

And while we’re on the subject of camp, I’d like to complete my list of most memorable performances with last summer’s revival of Charles Ludlam’s play Galas, which starred the ineffable Everett Quinton. While it is certainly not an opera, it is in every way operatic. Quinton’s performance portrayed the sacro fuoco (the divine fire of artistic inspiration) with such blazing conviction that even Angela Gheorghiu might quake. 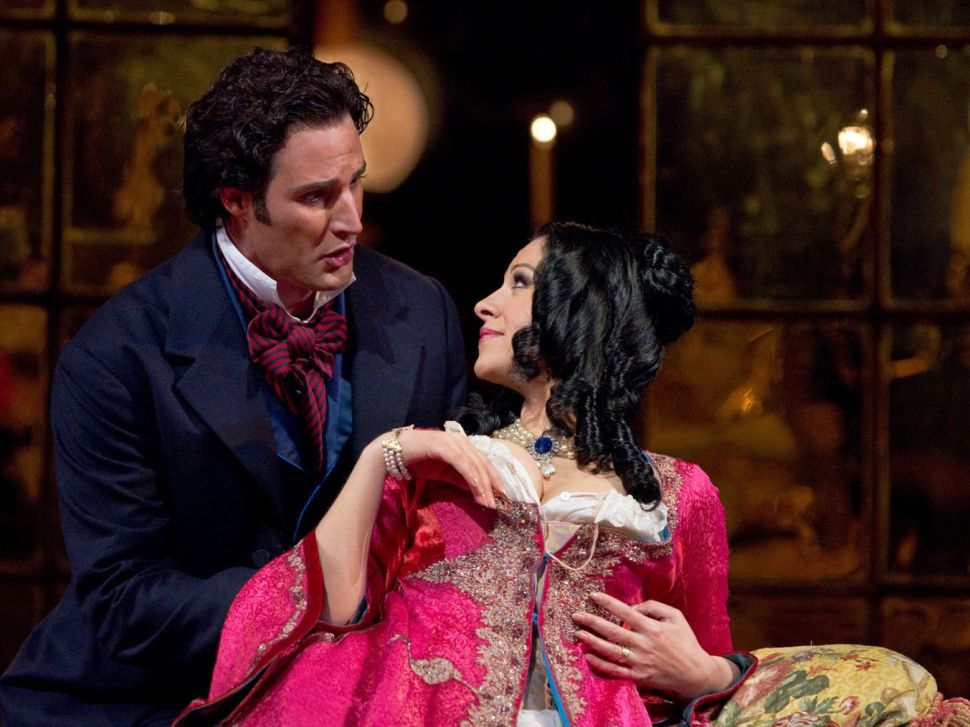