2019 has been the year of meatless red meat, but 2020 looks like it might be all about faux chicken, at least according to current plant-based darling Beyond Meat.

In an interview with Bloomberg TV this week, CEO Ethan Brown hinted at upcoming plans for the company, following a blockbuster year for its beef and sausage alternatives, which includes venturing into poultry.

“You’ll see some exciting things from us in the poultry space in 2020,” Brown said. “I can’t name specific partners or developments.”

This isn’t the first time the startup has tried its hand at “chicken,” as it had a popular sandwich collaboration with KFC this past summer that mimicked the chain’s famous fried chicken.

“We can’t comment on any tests,” Brown previously said of upcoming product releases. “But I can tell you, you see that reaction and why wouldn’t you.”

As Observer has previously reported, Beyond Meat is also said to be testing out a pork substitute in its labs, with rumors of a Beyond bacon coming soon. On that front, Brown said it’s “important as we build out the portfolio” to include an array of animal product alternatives.

Beyond Meat, which went public in mid-2019, reported a revenue of $92 million for its most recent quarter, beating set projections of $82.2 million. This growth was helped by a large sales jump at retail stores and through restaurant partners, both core components of the company’s blockbuster popularity.

The unicorn company had quite a year as one of the few successful Silicon Valley IPOs among many disappointing ones. Beyond’s soaring stock has been one of the hottest on the market as the meatless craze exploded in recent months, which the company capitalized on via wholesale partnerships with chain restaurants across the country.

If its recent success is any indication, a Beyond chicken is likely to help expand the brand’s recognition among consumers even further in the coming year. 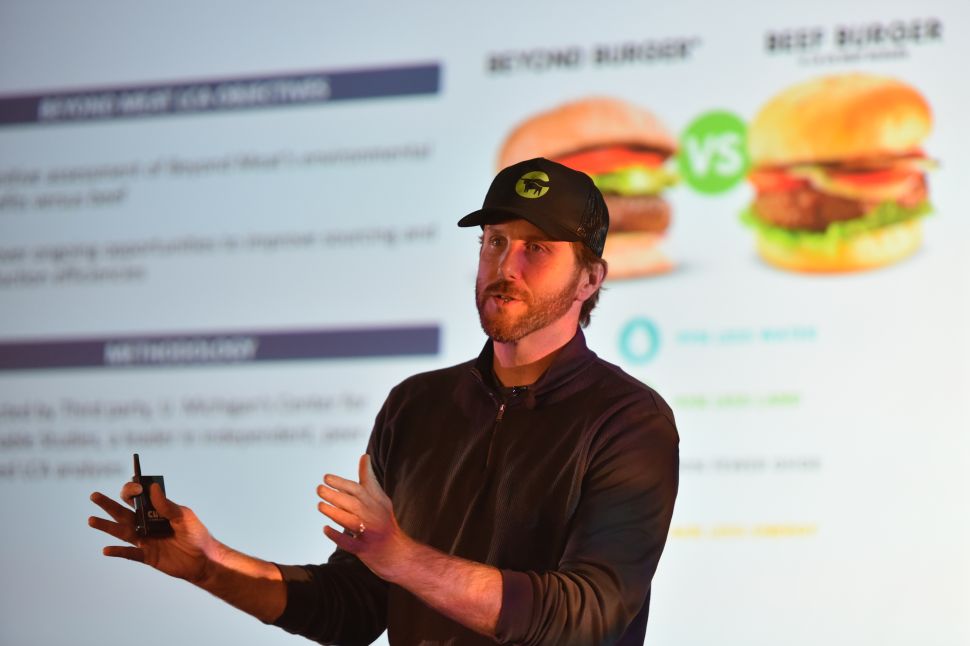