Every holiday season is a mixed bag with the important year-end gems competing for attention with a fair amount of inevitable trash—which pretty much explains how a bomb like Black Christmas got dumped into 2019 release the same time of year as more durable, substantive fare such as 1917, Little Women and  Clint Eastwood’s Richard Jewell. But as time always tells, some people don’t mind the damage worthless junk does to their I.Q.

The third re-make of this crummy excuse for a horror film since the 1974 original starring Keir Dullea, Margot Kidder and Olivia Hussey, it offers nothing similar in the way of compensation, just a truncated, badly confused attempt to cash in on Christmas Eve.

All but a handful of unfortunate sorority girls have gone home for the holidays, leaving the deserted left-behinds on the campus of Hawthorne College, founded in 1819, at the mercy of a hooded maniac who stalks, massacres, rapes and tortures them with knives, bows and arrows, and whatever the kitchen and the tool shed will yield. The sorority sisters retaliate with a lot of dirty talk and projectile vomiting.

After an hour of this, played out by a cast of deservedly unknown women chosen (as far as I can guess) for nothing more than their ability to scream louder than a runaway freight train, it turns out that there are an endless number of monsters wearing the same black hoods. They are from a nearby fraternity, and the reason for their berserk, depraved tyranny is—are you ready?—supernatural hazing. The devil made ’em do it.

Despite its desperate efforts to justify the homicides, there’s nothing remotely innovative or even goofily satirical about it. The lousy actors, incompetent writer and clueless director remain nameless. That’s my good-deed Christmas gift to all involved, and better luck next year. 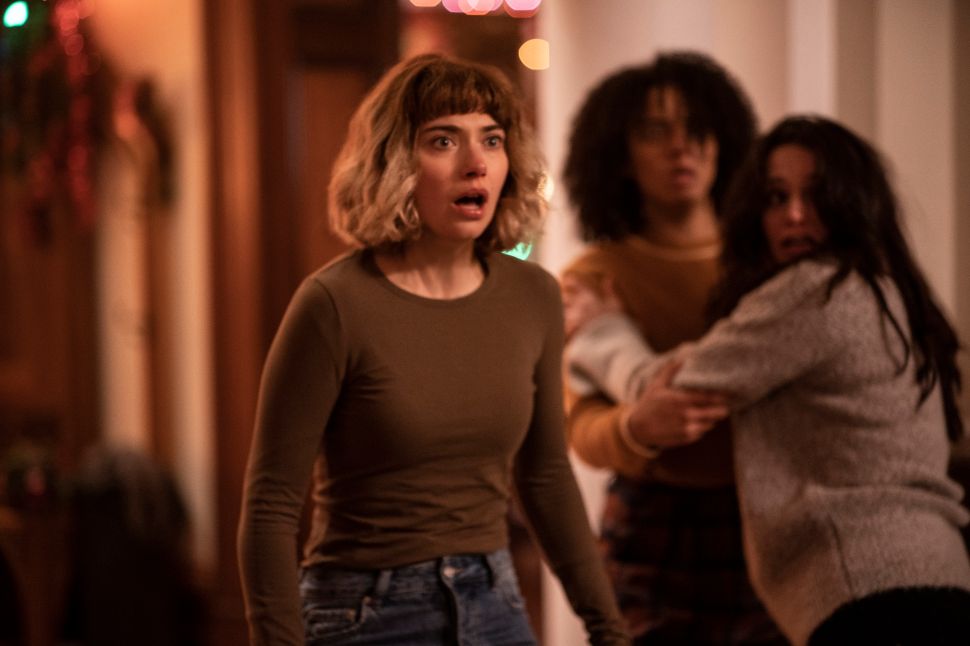