Korean Go master Lee Sedol, an 18-time world champion of the Chinese board game Go, proved that human brains may lose to top-notch artificial intelligence (AI) programs like DeepMind’s AlphaGo, but with less developed AI, we still have an edge.

On Wednesday, the 36-year-old Go player won a match over an AI program called HanDol, built by Korean IT company NHN Entertainment Corp, in the first game since his retirement series in Seoul, Korea.

SEE ALSO: The ‘Quantum Computing’ Decade Is Coming—Why You Should Care

Lee was given an advantage of two stones in the game. But even so, he didn’t expect to win. “Even with a two-stone advantage, I feel like I will lose the first game to HanDol… though I will do my best,” he told reporters last month.

Until then, HanDol had defeated five top Go players in Korea.

Lee’s surprise victory echoed a landmark game in 2016 in which Lee defeated AlphaGo once in a five-match showdown. He lost the other four matches but has since held the record as the only human to ever beat AlphaGo.

HanDol lost Wednesday’s game due to an error in computing optimal moves out of the vast number of possible positions in Go, the same reason for AlphaGo’s defeat three years ago.

In each Go game, two players take turns putting black or white stones on a 19-by-19 grid. Following certain rules, the player who takes control of the most territory on the board wins. According to some researchers, there are more possible positions in Go than the number of atoms in the universe, making it impossible for either humans or computers to perfectly predict optimal moves.

But AI systems are designed to improve their computing accuracy rate with increasing practice and upgrades. So, theoretically, it’s only a matter of time before computers “wise up” enough to beat every human player on Earth.

Lee announced his retirement in November after realizing that “I’m not at the top, even if I become the number one,” according to Korea’s Yonhap news agency. “There is an entity that cannot be defeated,” he said. 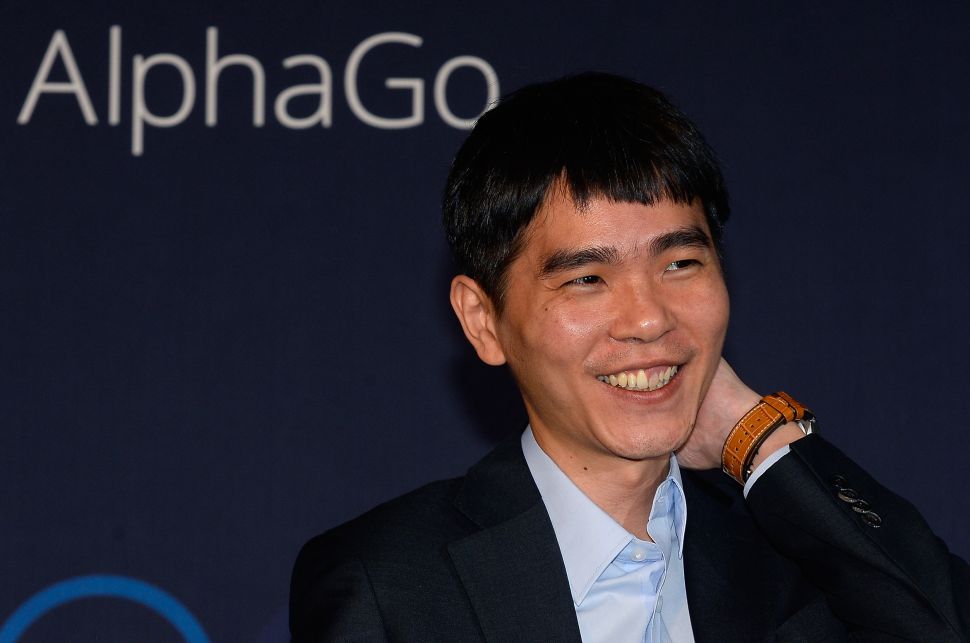