A new study, conducted by the National Oceanic and Atmospheric Administration (NOAA), has results that will make you more disturbed about the state of climate change. The scientific agency’s research has shown that the waters off the coast of California are acidifying twice as fast as the rest of the oceans around the world.

What does this mean exactly?

Here’s a staggering statistic: roughly 27% of all carbon dioxide emitted since 1959 has gone into the Pacific Ocean off the California coast. Put into the mix that California is the second highest producer of carbon dioxide in the country (right behind Texas, which, incidentally, doesn’t have an ocean), and you have a date with ecosystem disaster.

Have you seen the air around Los Angeles? Pretty crappy isn’t it? In 2018, the region violated federal smog standards for 87 consecutive days. That violation took home the record for the longest stretch of bad air in the past 20 years. The smog around L.A. sometimes makes your eyes .

Hmmm, do you think there’s a connection to the massive amount of traffic and lack of decent public transport in the area to what’s going on with the waters off the coast?

So, while we, humans, continue to pollute the atmosphere with more and more planet-warming carbon dioxide, the ocean off the California coast has become like a carbon sponge. The carbon dioxide gas is absorbed in huge quantities by seawater. In turn, the oceans keep the planet from getting hotter than it already has.

And the crazed record heat that Californians have been experiencing is no fluke. In fact, in the last five years, California temperatures have been the hottest in 124 years.

The result makes the ocean more acidic, which is commonly referred to as ocean acidification. It has not only devastating effects on the ocean off the California coast but also around the globe. (Spoiler Alert: In general, oceans around the world are now 30% more acidic than they were before the industrial revolution.)

But let’s get back to California.

The study has also made connections to the Pacific Decadal Oscillation, a climate cycle that scientists have noted is playing a major role in the higher and faster rates of sea level rise hitting California. In recent years, this has come in the form of such major storms as El Niño and La Niña. Researchers have found these climatic change cycles have also added stress to the extreme changes we’ve seen in the ocean’s chemistry.

So what does this mean for Californians, in particular?

Well, it threatens the nation’s most economically valuable fisheries. Also, the carbon dioxide that has turned the seawater acidic devastates shell-forming species and corals. Researchers reconstructed a 100-year history of acidification along the West Coast by collecting and analyzing a specific type of shell on the seafloor. They used the data to determine that since 1900, shells have gotten 20% thinner—indicating an increase in acidic waters which blocks the chemicals sea creatures use to form shells.

Dr. Emily Osborne, one of the study’s authors, told The New York Times: “I could just watch the shells literally getting thinner as I moved up through the record and got closer to the present day.”

While the ocean serves an important role in mitigating climate change by absorbing CO2 from the atmosphere, there will come a point at which oceans can’t absorb anymore.

“This makes the extremes even more extreme. It’s like a double whammy for this region of the world,” said Osborne. “From this study, and so many other published studies, there’s no question that the answer is to curb our carbon emissions.”

Until then, we’ll see you at the next California wildfire, in 120-degree heat, as we pray that sea-life will somehow adapt to this climate change disaster. 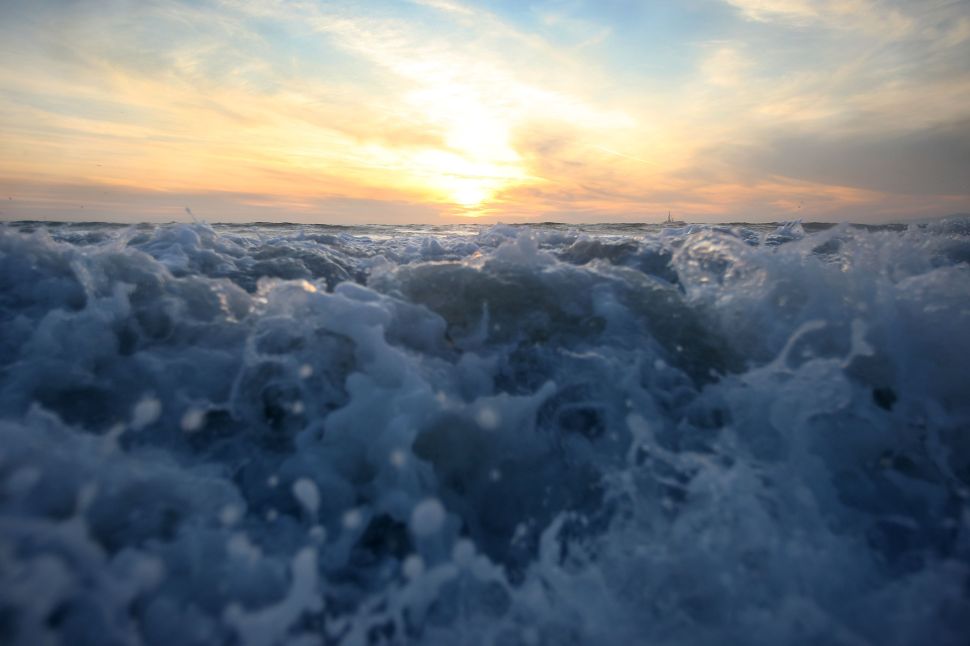