“Cannabis doesn’t do anything for me,” you might have heard some recalcitrant, unaware soul proclaim, before, in the same breath, they offered the reveal and the self-own, “except put me to sleep.”

In a restless society whose insomniac citizens spend a reported $41 billion per year on sleep aids—and where tiredness or other consequences of an inability to rest costs $63 billion in “lost productivity,” a fuzzy metric but one with lots of alluring zeroes—something that does nothing but speed somnolence does something very big indeed.

Oddly enough, given Americans’ demonstrated inability and desperate desire to get some sleep, insomnia is not a specific qualifying condition for medicinal cannabis in any U.S. state with medical marijuana on the books. (Only in states where the law is broad—or “too lax,” as critics bemoan—such as California would sleeplessness qualify someone.)

Which is too bad, because consistent with the above hoary-but-true anecdote, in areas where recreational cannabis is available to adults 21 and over via legitimate commercial retail, sales of sleeping aids—some of which carry negative side effects, others of which just plain don’t work—plummeted, recently published research found.

Economics and psychology researchers at California Polytechnic State University and the University of New Mexico looked at sales of over-the-counter sleeping pills in select Colorado counties. They examined sales data before and after recreational cannabis sales began in that state in January 2014. In the years prior to legal pot sales, sales of sleep aids were steadily growing.

That stopped when legal cannabis entered the picture. Whenever a dispensary opened, though sales of all over-the-counter drugs stayed static, growth of sleep aid sales crashed, by 236%—and “this negative association grew with the size of the recreational cannabis market,” they reported in their research, published in the current issue of the journal Complementary Therapies in Medicine.

From this data, it’s not clear whether cannabis worked any better, but it seems clear that purchasers of over-the-counter sleep aids were ready to try a different option. As the researchers noted, about half of Americans report being unable to sleep to their satisfaction to some degree—and over-the-counter sleep aids just aren’t that great; 80% of OTC sleep-aid purchasers reported residual side effects—like drowsiness when they need to be alert, as well as the inability to concentrate or remember things.

But the findings also supplement earlier data demonstrating medical cannabis access leads to less prescription medication use—and that the old saw, popular among old-school cannabis heads, that “all cannabis use is medical” has some validity.

“For the first time, we show a statistically significant negative association between recreational access to cannabis and OTC sleep aid sales,” the researchers wrote, “suggesting that at least some recreational purchasers are using cannabis for therapeutic rather than recreational purposes.”

“Despite the current lack of extensive medical evidence,” they concluded, “the market evidence suggests that many consumers may be opting to use cannabis for treating their sleep disturbances.”

So why does weed put people to sleep, apparently? That wasn’t within the purview of the study—nor was the propensity for individuals to travel long distances to obtain cannabis rather than purchase OTC sleep aids closer to home. All of that will have to be sussed out with further research—but if all cannabis does to you or someone you know is put them off of their feet, they’re not alone, and they’re potentially looking at a way to disrupt an industry—and a malady—worth tens of billions of dollars. 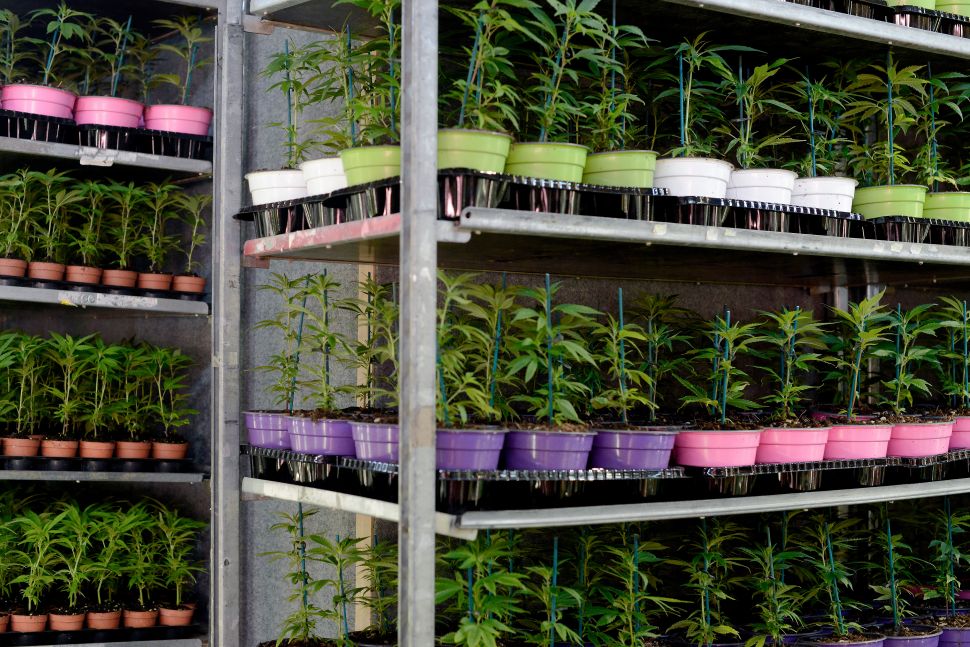