With summer 2019 being dubbed “White Claw” summer, the cannification of the alcohol industry seems inevitable. The trend, often attributed to Instagramming millennials, helped the hard seltzer category spike with billions of dollars in sales this year.

It’s safe to say White Claw helped fizzy, low ABV sparkling disrupt the canned alcohol industry, which begs the question: what’s the next adult drink category to benefit from canning? A new wave of startups say it’s none other than vino. That’s right, after thousands of years of drinking it out of archaic glass bottles, consumers are finally ready to sip canned wine.

SEE ALSO: How Airlines Are Taking In-Flight Wine Service to the Next Level

Thanks to a 2005 Supreme Court decision allowing interstate shipping, the American wine industry has seen much-needed innovation after decades of remnant practices based off Prohibition-era laws that differ state by state and formerly dominated by large conglomerates. This has included the growth of online subscription clubs and tasting rooms, which have contributed to wine’s popularity among younger consumers this past decade. Today, the industry is even incorporating some of the direct-to-consumer model opportunities under the regulated laws.

Alix Peabody, founder and CEO of newly-launched canned wine startup Bev, says that “cans are trending in the beverage industry in a big way for a few reasons,” including convenience and sustainability. Peabody points to the canned wine category’s current 200% year-over-year growth, telling Observer that it’s “still very much in its nascent stage, as opposed to the seltzer category.”

While other beverages (like malt-based seltzer) are typically packaged in cans for portability, cans are actually helping wine startups like Bev disrupt the industry by cutting costs and saving on shipping.

“A lot of these companies making canned wines or wine-based products are, of course, trying to get around the distribution hassles of the three-tier system,” explained Peabody, who noted that by law, wine is actually simpler to ship than beer. However, one of the main problems with starting a wine brand is the expenses associated with packaging and shipping glass bottles out of California to the rest of the country.

“I literally picked cans because I didn’t have the money to market glass bottles and take it to the trade when I started,” Peabody half-joked. With a Silicon Valley background, the female founder cashed her 401(k) to buy 300 gallons of rosé and launch Bev in “an unapologetically pink” can.

“Little did I know, it was an exploding category,” she added.

Another benefit of selling wine in cans has to do with taste; the aluminum helps prevent oxygen from coming in. “It took a while with screw top to shed the ‘cheap’ image, and I think the same will happen with cans, especially with younger people realizing the product is of quality,” Peabody said.

Aluminum also presents an opportunity for a more sustainable operation and marketing strategy, explained Peabody, who launched Bev with the #BreaktheGlass initiative.

“There’s a reason we chose wine as a base for our canned cocktails,” she said. By educating the consumer to think beyond spiked seltzer and malted beverages, Bakshi hopes the combination of third-wave coffee and a wine base will serve as a better-for-you product that can be enjoyed as a high-end cocktail, much like an espresso martini.

The coffee cocktail brand, which launched this fall, is the result of Bakshi’s two-decade long career in alcohol, along with a co-founder from the world of coffee. The duo saw an opportunity to combine wine products and cans for a more refined, shelf-friendly product. Bakshi went on to explain that with Cafe Agave, the team wants to marry a couple of different trends. “The ‘millennials’ love of cans with the wine demand that has increased in the past decade,” she explained.

As for canning, Bakshi agrees that the innovation in wine also makes sense “from a business standpoint in the category,” including cutting the costs and hassle of shipping light cans over glass bottles.

When it comes to the convergence of e-commerce and cans, the two trends are meeting during a time when consumers are interested in both, says Zac Brandenberg, co-founder and CEO of B2B tech marketing company DRINKS, which works with wine producers.

“Cans, as a medium for beverage packaging or consumption, is more of a fad in my opinion,” Bandenberg explained. But while it’s too early to know if it’s a true evolution for the industry, branding definitely plays a part in sales.

“Wine is bought with the eyes, not the palette, which is something even big producers are waking up to,” he told Observer, noting that 82% of under-$20 wine is purchased based on the label or shape of the bottle. “There’s a lot of misconceptions by the consumers on how to drink wine and what it’s supposed to be like, so these new formulations are a way to draw appeal and cut through the clutter.””

Peabody agrees, saying that in her research into how customers shop for wine, “so much of choosing one is based on brand awareness, or name familiarity, or the all-important label.”

Not to mention, the canned wine trend also ties in nicely with the current “wellness” and “mindfulness” movements we’re seeing right now, such as plant-based foods and moderate alcohol consumption, for example.

“The next drinking generation is looking for something more approachable, people are tired of feeling intimidated by the product,” Peabody said. Millennials and the upcoming Gen-Z also want to support brands that stand for something, not just ones slapping on the direct-to-consumer model.

“How long will that last? I don’t know,” Brandenberg said of canned wines. “A lot of wine producers I talk to are planning to put their wine in a can.” 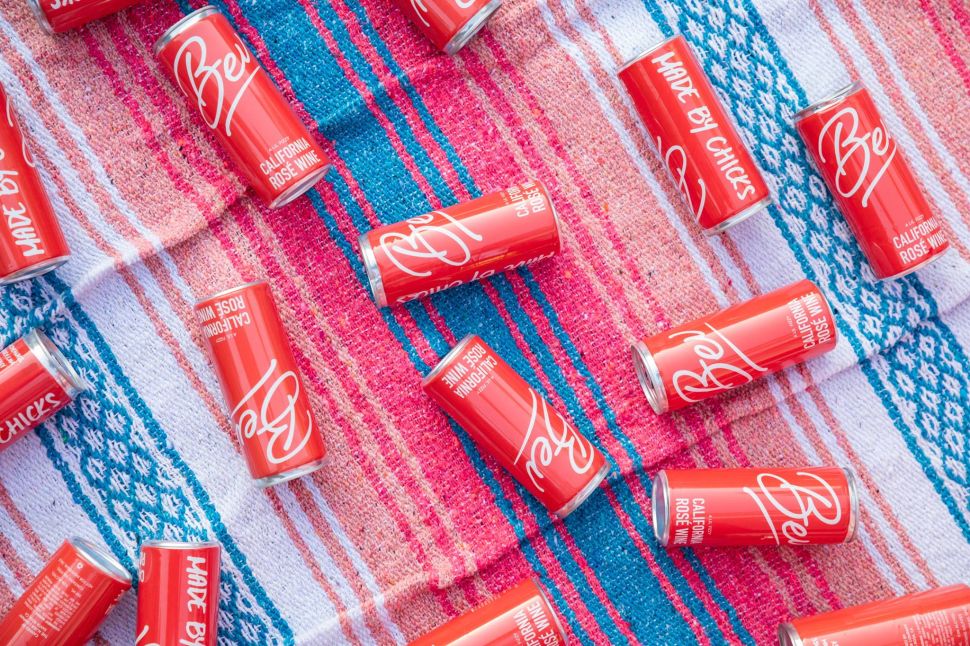