The latest report by the Centers for Disease Control and Prevention (CDC) says there isn’t one brand to be blamed for the vape epidemic. The public health institute’s update, released on Friday, broke down the demographics and companies associated with “vape lung disease,” now referred to as EVALI.

“It is unlikely that one brand is responsible for the outbreak,” the report concluded. “CDC recommends that persons not use e-cigarette, or vaping, products that contain THC.”

The institute named multiple branded labels associated with EVALI, including Dank Vapes, TKO, Smart Cart and Rove, which have been found to contain traces of harmful THC.

“Nationally, Dank Vapes were the most commonly reported THC-containing product by hospitalized EVALI patients, but a wide variety of products were reported, with regional differences. Data suggest the outbreak might have peaked in mid-September.”

The update suggests that contrary to the public’s perception, popular e-cigarette companies like Juul aren’t solely to blame for the recent wave of vape-related injuries. Despite much of the government’s evidence pointing to liquid nicotine products flooding the black market as the culprit, overall confusion still surrounds the vaping backlash.

Last week, the Food and Drug Administration (FDA) was questioned by the House Oversight and Reform Subcommittee on Economic and Consumer Policy, with a focus on banning e-cigarettes altogether. The hearing, led by Chairman Raja Krishnamoorthi (D-Ill.), pressed Center for Tobacco Products’ director Mitch Zeller on the FDA’s role in “clearing the market” of vaping products.

With the CDC’s resounding warning to steer clear of e-cigarettes for the time being, the industry must await further investigation before expecting a conclusive stance from the federal government. 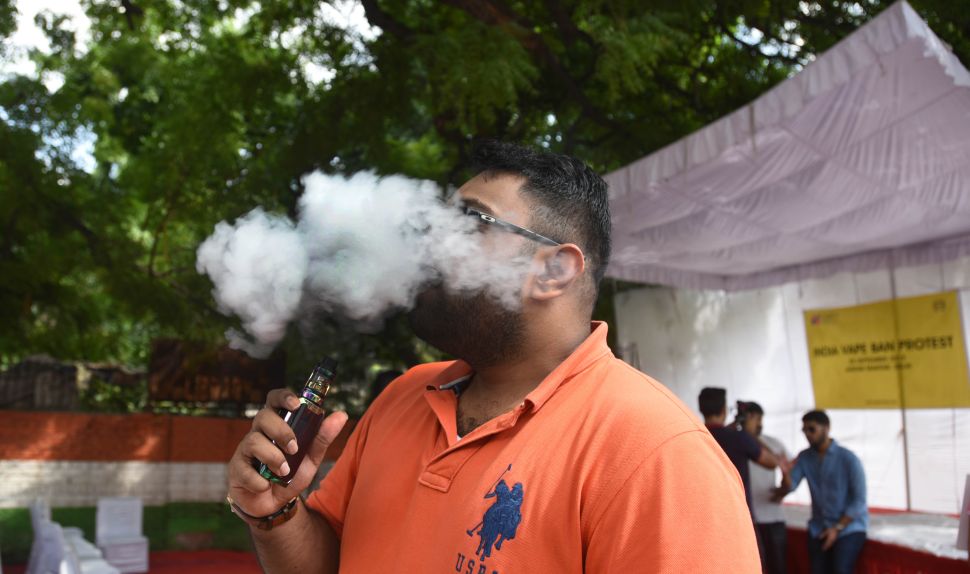