Cindy Crawford and Rande Gerber are continuing their house hunt in New York. The supermodel and the Casamigos co-founder have been looking at apartments downtown, particularly in Nolita, for the past few months, and they’ve recently checked out a sleek penthouse perched atop 199 Mott Street.

Crawford and Gerber toured the 3,088-square-foot condo shortly before Thanksgiving, according to the New York Post. It’s on the market for a touch under $10 million.

The three-bedroom, three-bathroom full-floor unit is reached via a keyed elevator entrance, with an open living and dining area. The kitchen is equipped with Bertazzoni, Miele and Leibherr appliances, with marble countertops and backsplash and an island with breakfast bar seating, as well as a full-height wine fridge—hopefully, there’s room for some tequila elsewhere. There’s also a separate windowed library or media room.

The bedrooms are on the opposite side of the apartment, including the master suite, which features a walk-in closet, a marble bathroom with a freestanding soaking tub and access to a balcony. There’s also a private rooftop terrace.

The penthouse has enough room for Crawford, Gerber and their two children, Kaia and Presley, but it seems Kaia already has her own New York apartment in Soho.

Crawford and Gerber previously checked out a four-bedroom, 4.5-bathroom unit just a few blocks away, at 152 Elizabeth Street, which is still lingering on the market for $13.75 million. 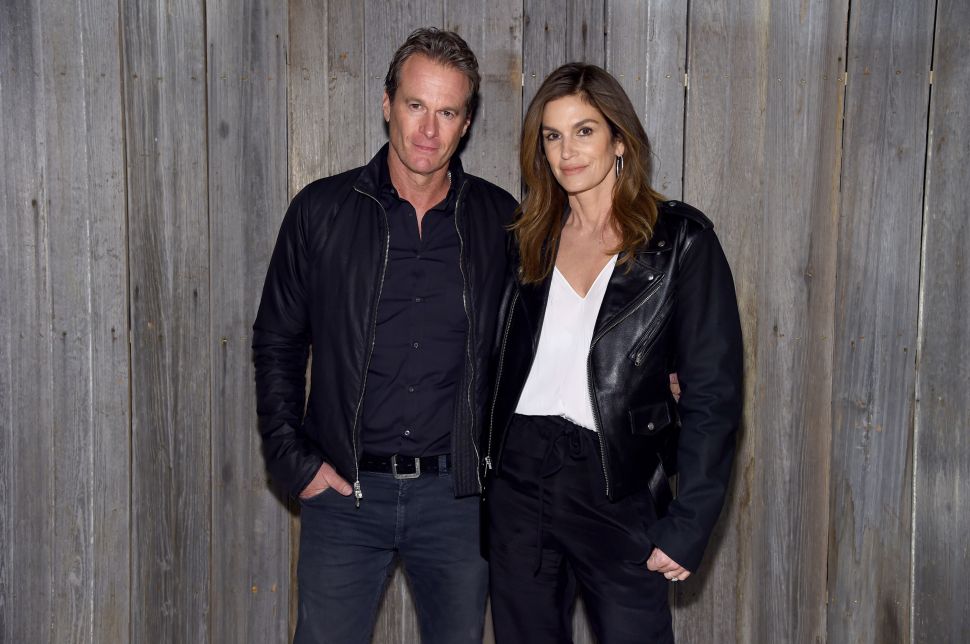