By year’s end, Disney will have released a record six films that surpassed $1 billion at the worldwide box office in 2019. That explosion is the driving force behind Disney’s push to become the first studio to collect upwards of $11 billion in a single year. But as we’ve previously explored, this was an intentional sprint. Disney frontloaded 2019 with an arsenal of major blockbusters so that it could line the library of its new streaming service, Disney+, with a handful of tentpole titles as soon as possible. While that leaves 2020 without a film on par with Avengers: Endgame or Star Wars: The Rise of Skywalker, it does make for an interesting snapshot of the studio’s future.

This decade, Disney has released the highest-grossing film domestically in seven of 10 years. In 2020, the studio will have a better idea of where Fox’s titles fit into their strategy, where expectations should be for Marvel’s future, and if they can still open new-to-screen franchises successfully. Let’s break it all down.

While Fox has a handful of films on the 2020 release schedule under Disney, the two biggest are Matthew Vaughn’s The King’s Man (Sept 18) and Steven Spielberg’s West Side Story (Dec 18). The former is a prequel to the popular Kingsman franchise and the rare R-rated mini-major global film series. The latter is a retelling of one of the most beloved 20th Century musicals. If The King’s Man succeeds, we can expect more entries in the franchise and perhaps more confidence from Disney in blockbuster R-rated material (the studio is reportedly unsure about the future of Deadpool). Movie musicals, meanwhile, appear to be virtually flop-proof in recent years and West Side Story could be a major player come awards season.

Both represent a new dimension to Disney’s release strategy and very well may score the studio some Oscar nominations. Conversely, their potential failures may convince Disney to significantly limit Fox’s theatrical releases and instead re-route the majority of new content to Disney+ and Hulu as has already begun.

As the coda to Marvel’s 11-year Infinity Saga, this summer’s Spider-Man: Far From Home benefited from an Avengers: Endgame box office bump. But now that the first iteration of the Marvel Cinematic Universe has concluded, a resetting of expectations might be in order. Not every film can be a critically acclaimed $1 billion hit.

Marvel isn’t afraid to saturate the market with MCU content as the studio’s future plans showcase. But Black Widow (May 1) and Eternals (Nov 6) will be valuable indicators of audience engagement. Fans have been clamoring for Scarlett Johansson’s super spy to receive her own standalone film for years. Thanks to the strong attachment audiences have for her character and the Marvel brand, it’s a safe bet that Black Widow will avoid the same box office fate as Atomic Blonde and Red Sparrow. But as a self-contained pseudo-prequel for a character with a pre-determined fate, the kickoff to Phase IV holds no repetitive cash flow potential.

The hope for a new franchise instead lies with Eternals, which boasts a stellar cast but few recognizable characters among casual movie-goers. That didn’t stop Guardians of the Galaxy from becoming a hit, but must be considered when projecting its reception in Phase IV. Marvel has developed enough brand loyalty to build up a high floor, but launching new series with characters unrelated to the first decade of its run is no simple task.

Next year, Disney will release two Pixar originals, (Onward and Soul), two live-action originals (Dwayne Johnson’s Jungle Cruise and Kenneth Branagh’s Artemis Fowl), and one Walt Disney Animation original (Raya and the Last Dragon). New-to-screen concepts have become impossibly difficult to launch in the narrow modern theatrical marketplace, which is partly why biggies such as Doctor Sleep, Mortal Engines, and Valerian and the City of a Thousand Planets have flopped in recent years. As Forbes‘ Scott Mendelson previously told Observer, “The Hunger Games was the last mega-bucks ‘new to cinema’ franchise we’re probably ever going to see outside of already established brands.”

Pixar’s consistent quality and brand affinity will probably safeguard its new films from disastrous fates and you can bet against The Rock at your own peril. But there’s no doubt that Disney has struggled to launch new live-action franchises this millennium that didn’t fall under a pre-existing series (see: Prince of Persia, John Carter, The Lone Ranger, Tomorrowland, A Wrinkle in Time). If the studio can turn the corner and successfully establish new never before seen franchises, its global take over of theatrical cinema will be complete. So even without an Avengers flick or a Star Wars adventure, 2020 is shaping up to be a crucial year for Disney’s film future. 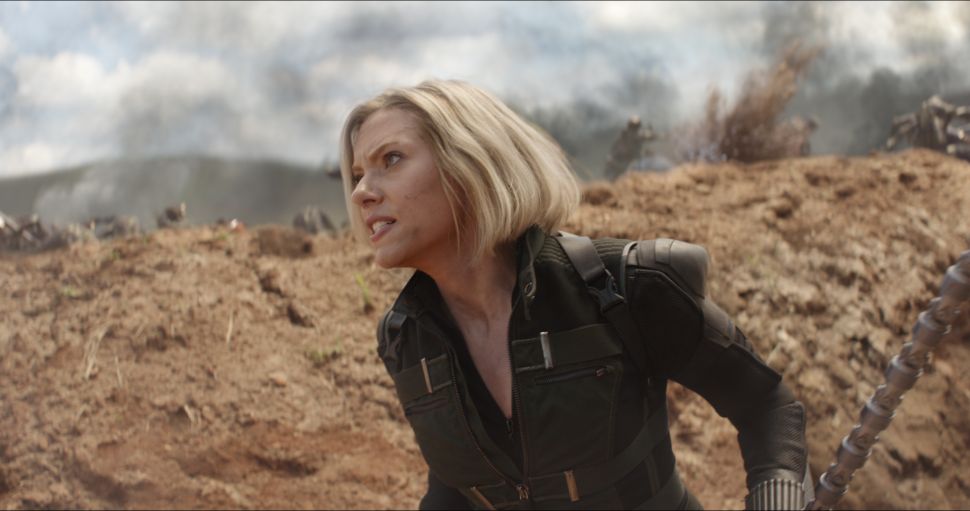