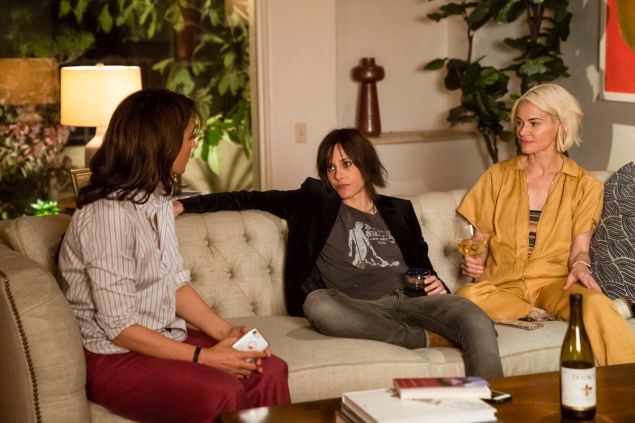 There’s a lot of pressure on The L Word: Generation Q, the sequel to the Showtime hit that ran for six seasons starting in 2004. Not only does it have to work for the diehard fans of the series, but it also has to usher in a new generation of fans during a time when more and more young people are identifying as members of the LGBTQ+ community—and when we’re more comfortable openly talking about gender identity and queerness.

Back then, most of us watched The L Word because yes, it was revolutionary and soapy and fun, but primarily because it was the only thing we had. Now, we can look elsewhere if Generation Q fails to step up and stand out.

SEE ALSO: Will ‘Truth Be Told’ Make You Care Enough to Uncover Its Mystery?

Fortunately, much of Generation Q isn’t as disappointing as first suspected, and could even be called an improvement over the original, largely because it mostly understands that it needs to react to the world in 2019 rather than trying to recapture former glory. This is apparent right out of the gate: the series opens with two lesbians of color having bloody period sex—Generation Q certainly has its sights set on being low-key revolutionary as well.

The biggest and best update is its cast of newbies. The two aforementioned women are Dani Nùñez (Arienne Mandi), a calculating PR executive working for her father’s definitely-shady company but who aims to work somewhere that more reflects and cares about her identity, and her partner Sophie Suarez (Rosanny Zayas), a television booking producer who finds herself navigating the thorny class dynamics within her relationship. They live with Micah Lee (Leo Sheng), a trans man and professor who crushes hard on a new neighbor while working out his own feelings about gender. Their best friend is Finley (Jacqueline Toboni, who is great), the only white person in their group, who toes the line between being the endearing soft butch crush on your college campus and being frustrating in her lack of self-awareness about her relationship with alcohol and religion, and how each inform her identity as a lesbian. 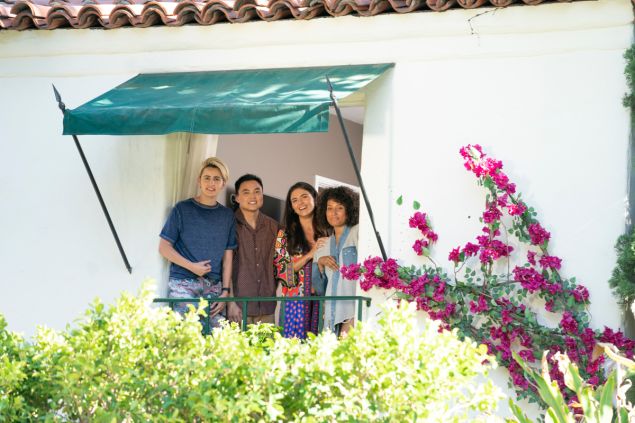 The three main newbies are all matched up with their old school counterparts: Dani finds herself gravitating toward Bette (Jennifer Beals), who is in the midst of a mayoral campaign in Los Angeles, while Sophie works for Alice (Leisha Hailey), who is now the host of her own eponymous podcast-turned-daytime show and balancing stepmother duties for her girlfriend’s (One Mississippi’s Stephanie Allynne) two children. Finley also works for Alice’s show but is paired with Shane (Katherine Moenning), who returns home rich and heartbroken. After helping Shane build some furniture (“I’m like a traditional lesbian when it comes to the tools”), Finley ends up crashing in one of the spare rooms in Shane’s new massive house, happily overstaying her welcome.

There is no doubt that The L Word was groundbreaking and important; there is also no doubt that The L Word was, at times, harmful, reductive, offensive and alienating to the community it sought to represent. Even while watching and enjoying The L Word, it was always painfully obvious that it prioritized the experience of cis, white, affluent lesbians, which resulted in feeling more detached from queerness than representational. (It was particularly damaging when it came to its approach to trans storylines, so it’s understandable to be wary going into it.)

Generation Q, whether it wants to or not, is tasked with grappling with its own damaging history. At times, it seems as if it’s actively doing so through the new group of diverse characters (and especially through standout Sophie) but it does keep coming up short. It’s great that Generation Q included a number of trans characters (and some in cis roles!) but Micah is the only one who is somewhat developed, while the trans women remain sidelined and secondary. On the one hand, progress means featuring trans characters whose storylines aren’t solely about them being trans, but on the other hand, a series about the various experiences of queer women should absolutely depict the realities of being a trans woman or nonbinary person in the lesbian community—how it can sometimes be welcoming and sometimes be exclusionary. (At the Television Critics Association tour last summer, showrunner Marja-Lewis Ryan stated that Generation Q doesn’t “explicitly reference TERF lesbians” but instead said the show was her “response to TERF lesbians,” which is a disappointing approach.)

All of this is to say that it was a strange experience to watch the first three episodes of Generation Q after spending an adolescence watching bootleg copies of the original, and then spending adulthood somewhat-embarrassingly rewatching (certain) seasons. It’s similar to returning home to a childhood bedroom only to realize how much you’ve changed—how much the world has changed—since you were last there; it’s going through those teenage bookcases hoping for nostalgia but instead realizing how much of what you loved was, well, trash. This is partly why Generation Q often feels so unbalanced: there’s a joy when the new characters are on screen—their honest conversations, their sex scenes, their messes, their ambitions—but it gets deflated once the old trio interjects.

Alice’s relationship isn’t as interesting as the writers want it to be, and the plots surrounding her daytime show feel stale (though at least we get a fantastic cameo out of it). Even with a scandal, Bette’s campaign isn’t much different than the dozens of similar storylines we’ve seen on TV and so far, the tense mother/daughter relationship with Angie (Jordan Hull) is too familiar as well. Shane’s plots—an impending divorce, a new business venture—don’t fare much better, only fading into the background. The contrast between these two generations of characters reiterates my immediate thought when I heard about the sequel: Why bring this back instead of taking a chance on an entirely new story about queer women that better fits with our world?

Still, despite the hesitations and qualms, Generation Q is definitely an appealing sequel (a quick scroll through my Facebook events has brought up a number of watch parties occurring on Sunday) and it’s far better than many expected. It only falters when it looks to its past instead of marching forward. 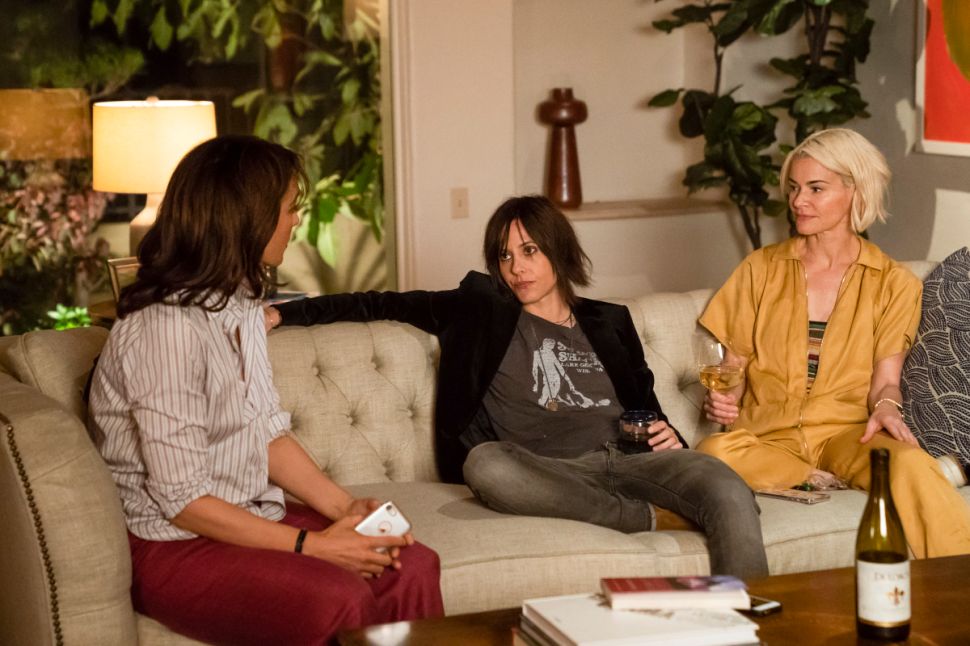