Wag appears to be in the dog house with big-time investor SoftBank.

The pet care service saw SoftBank sell it back half of its stakes, The Wall Street Journal reported on Monday, and comes amid staff layoffs and depleting cash at the Los Angeles-based startup.

“We are amicably parting ways with SoftBank, and SoftBank will no longer have Board representation,” Wag CEO Garrett Smallwood wrote in a memo to employees. “We thank the Vision Fund for their support in the company to date.”

SoftBank’s infamous Vision Fund backed the “Uber for dog walking” with $300 million back in 2018, which resulted in the Japanese conglomerate being named to the startup’s board. But instead of executing a full-on takeover, the way it did with WeWork, SoftBank is abandoning Wag Labs Inc., thus losing its seat on the board.

The decision comes as no surprise, given that SoftBank CEO Masayoshi Son promised he wouldn’t be offering any more bailouts after WeWork’s this fall. “Is there any other similar concern? In fact, yes, there is,” Son said following SoftBank’s money-losing quarter in November. “Like a dog-walking company and other portfolio companies, we may see similar problems surfacing.”

Referring to the massive layoffs, which saw 80% of Wag’s employees let go in an effort to downsize, newly appointed CEO Smallwood said the move was vital for turning the pet-focused company around and to potentially find a road to profitability.

“Today, we said goodbye to a number of our friends and colleagues as we align our organization with the needs of our business,” Smallwood wrote. “As a more focused company with a solid capital base that is right-sized to the needs of our business and strategy, we have plenty of runway to execute our plans to accelerate our progress toward profitable growth. The decision to move in this direction was based on the strong conviction of our investors that this is the right course for the company.”

The app has also been marred with multiple dognapping scandals over the past year, which attributed to negative attention, despite actress and Wag spokesperson Olivia Munn attempting to help find the pups.

Wag, which was founded in 2014 and achieved a $650 million valuation once SoftBank’s Vision Fund backed it, has been looking for a potential buyer in recent months. With no apparent interested buyer in sight, Wag has become the latest Vision Fund portfolio victim, falling prey to early hype and endless quarterly net losses. 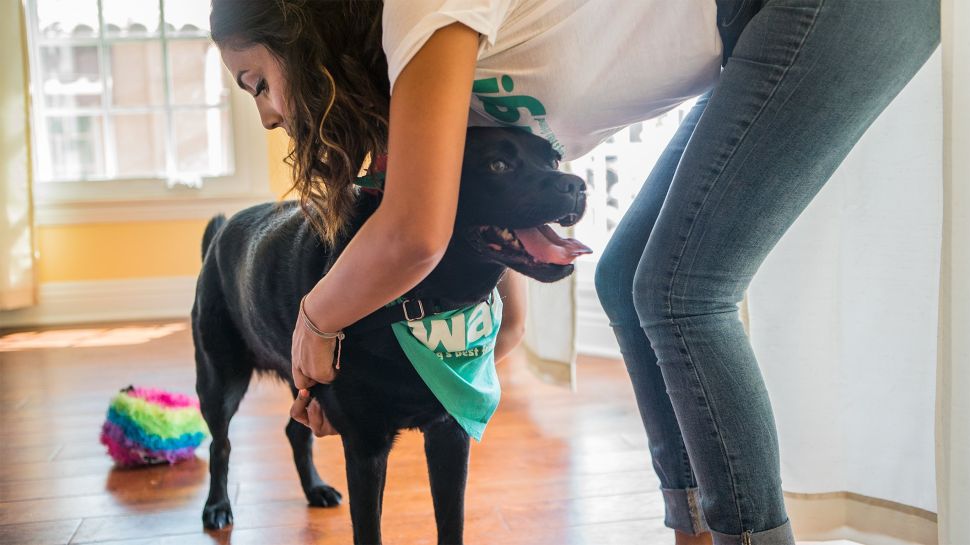