Cave artwork discovered in a cave system in Sulawesi, an island in central Indonesia, has been officially dated by a group of scientists who’ve determined that it is over 43,900 years old, making the drawings the oldest examples of pictorial storytelling in human history. The drawings in question are sometimes visually unclear, but they depict creatures like wild pigs and dwarf buffaloes as well as therianthropes, which is an archeological term that describes figures that consist of fused human and animal characteristics. The scene rendered by these drawings was uncovered in a cave system that’s been known to researchers for decades, but the narrative element of the combined creations and the ritualistic patterns they suggest have astonished experts in the field. In essence, these drawings seem to evoke a myth or story that hasn’t yet been recorded in human history.

In the scene itself, human hunters and human-animal hybrid hunters appear to be chasing their prey, as evidenced by thin lines drawn in the direction of the dwarf buffaloes that evoke spears being thrown. Before this discovery was made, the oldest verified examples of figurative cave art were determined to be approximately 35,000 years old.

SEE ALSO: Immeasurably Valuable Jewels Have Been Stolen From a German Palace

What the newly-uncovered drawings (which were found in 2017 and have been the subject of studies since) suggest is that complex human communication techniques are perhaps even more foundational to our species than experts had previously imagined. The scientific study published on Wednesday that brought these discoveries to the fore reveals that the pertinent Sulawesi cave art has been dated earlier than earlier than previously recorded cave drawings, using “uranium-series analysis of overlying speleothems.”

“This finding is very significant because it was previously thought that figurative painting dated to a time shortly after modern humans arrived in Europe, perhaps circa 40,000 years ago, but this result shows it has an origin outside Europe,” Alistair Pike, an archaeologist at the University of Southampton in England who wasn’t personally involved with the study, told the New York Times. What’s even more exciting about these striking paintings is that translating what they actually mean will be a whole other endeavor entirely. 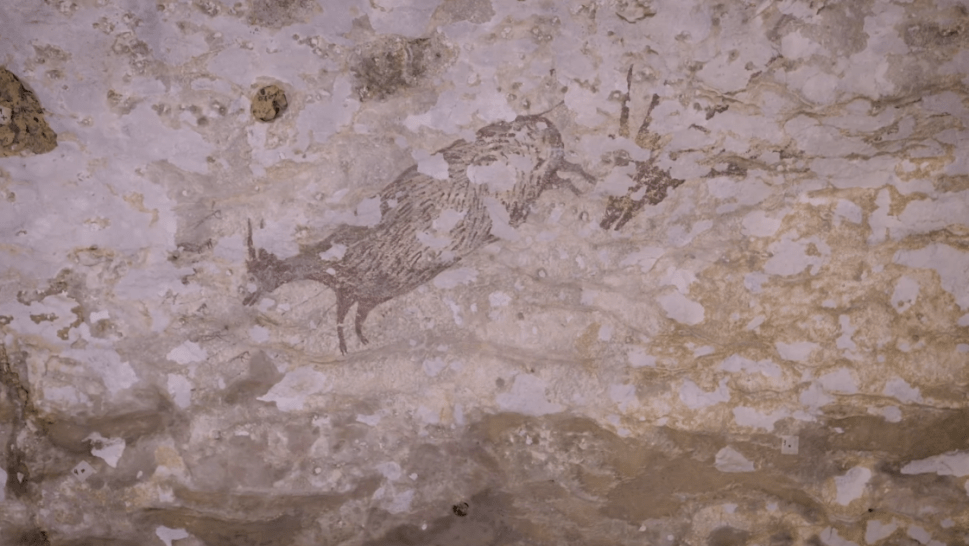