Saving the planet, a serious task, is a genuine concern for Elon Musk, who often behaves like a very unserious man. Lurking behind the not-defamatory tweets and puerile juvenilia is genuine proof of Musk’s altruistic intent: he founded an electric car company, and he gave humans permission to use Tesla’s patented technology without fear of lawsuit or getting swatted (though cynics note Tesla’s much more valuable trade secrets remain jealously guarded).

The real proof, maybe, that Musk is not just a wacked-out narcissist, is in Musk’s self-awareness—the tacit acknowledgment that all the Cybertrucks in the world can’t stop developing economies from burning a tremendous amount of potentially world-wrecking carbon, and the only way out—aside from perfecting privatized space travel, and using SpaceX to colonize another planet—is to blanket a major U.S. state in solar panels.

Earlier this month, Musk returned (in a tweet) to an idea he’s been pitching (via Twitter, but also at a National Governor’s Association meeting in 2017) for some years: a single solar farm, large but contained to a single U.S. state, could produce enough energy to power the nation’s entire grid.

“Solar power is a Gigawatt per square km!” Musk posted. “All you need is a 100 by 100 mile patch in a deserted corner of Arizona, Texas or Utah (or anywhere) to more than power the entire USA.”

That’s quite a bit already, but that’s also not all you need: Another square mile for the battery park needed to store the energy, and then the high-tension wires, transformers and other gear necessary to carry the power—and, every rationalist’s nightmare, the political will to get enough people to agree to such a thing—which itself may be a much heavier lift. That, and about $6 trillion.

What’s notable about Musk’s idea is how sane and rational it is. As Popular Mechanics recently wrote, the United Nations—the same organization that published the doomsday, worst-case scenario of a ravaged planet with vast uninhabitable zones, the nightmare-of-the-possible that is the basis for David Wallace-Wells’s The Uninhabitable Earth—believes that the earth’s energy demands, and thus its carbon-emissions-linked climate change problem, can be solved with existing technology. And as Musk was quick to point out, his specific idea has survived analysis.

Numbers-wise, theoretically, it could work—it would work—but as Inverse wrote, Musk is still playing us, at least a little.

Concentrating anything, let alone Americans’ ability to charge their phones, in one place means a well-placed storm or a targeted terrorist strike could leave the entire nation in darkness. However, Musk’s big idea would also work in miniature. A state could power itself with a smaller-but-still-sizable farm placed on available land. So could a county, or a city. (You can find examples of cities are already doing this; Tesla is doing it on a Hawaiian island.) The question is which way the scheme would be scaled—and where one would find so much available land, and who work maintain it, and who would pay for it, all the missing details mentioned above. Would the government fund it, would the government offer massive subsidies in the form of land, or tax breaks—or will nothing at all happen?

Enter, again, Elon Musk. With Tesla’s car-building business profitable, Musk can divert both attention and resources to Tesla Energy, which is building and marketing products like the Tesla “solar roof.” The takeaway is that an enormous array of solar panels out in the desert won’t be necessary, when there are acres and acres of roofs of Walmarts, warehouses and other large buildings to be blanketed in solar panels. What remains to be seen, and what remains a barrier, is whether Musk is as adept at marketing solar roofs as he is selling cars, and if Tesla Roof owners will prove a buying segment as loyal (and fanatical) as Tesla owners.

Musk receives an enormous amount of press simply for floating an idea, or a bad tweet. Here he has something of substance: a solution to a real-world problem that already seems to work in miniature. He has an idea and an audience; is this something he’s willing to commit to, maybe in partnership with the government, with the same focus he apparently has with regard to sending humans to space? Musk has said that a universe in which humans are exploring space is more interesting than one where they aren’t; surely what should interest him most is a universe in which humans exist, at all—and that might be where Musk is best able to make a lasting mark. 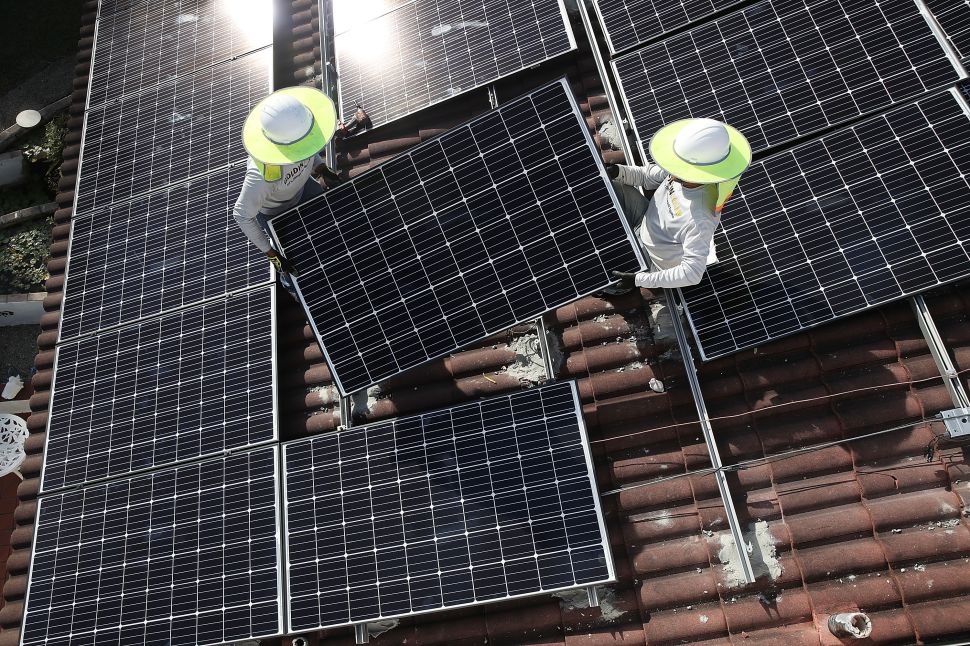