“People say a lot of things on Twitter that aren’t true,” billionaire entrepreneur and addicted Twitter user Elon Musk said from the witness stand in a Los Angeles court on Tuesday, hoping to make amends for the harm caused by a careless, false tweet he impulsively posted over a year ago that has since ripened into a high-profile defamation lawsuit against him.

The Tesla and SpaceX CEO was in court to testify in the suit brought up by British rescue diver Vernon Unsworth, whom Musk called a “pedo guy” in a tweet last summer during the widely publicized Thai cave rescue mission.

In June and July of 2018, an international rescue effort was coordinated after 12 schoolboys and their soccer coach were discovered to be trapped in a flooded cave in the Tham Luang Nang Non cave system in Thailand. Upon learning that the rescue team was struggling to come up with a plan because of the cave’s narrow and oddly shaped passage, Musk offered the Thai government the services of his engineers at SpaceX and The Boring Company, to design a kid-sized submarine to get into the cave.

Unsworth, a professional diver who was an advisor to the rescue team at the time, said Musk’s plan was nothing but a PR stunt because it had no chance of working. He said on CNN on July 13 that Musk should “stick his submarine where it hurts.” (The boys and their coach were successfully rescued on July 10 without using Musk’s proposed submarine.)

Angered by Unsworth’s CNN interview, the Tesla CEO fired a series of tweets to his 29 million Twitter followers, calling the British diver a “pedo guy.” He later deleted the tweet and explained that the term was a common insult in South Africa where he grew up and that he didn’t mean for his tweet to be taken literally.

But two months later, Unsworth filed a lawsuit anyway, accusing Musk of falsely labeling him a pedophile and seeking punitive and monetary damages.

At Tuesday’s trial, Musk apologized to Unsworth, who sat “stone-faced” throughout Musk’s testimony, according to Reuters. Musk said the “pedo-guy” tweet was his reaction to “an unprovoked attack on what was a good-natured attempt to help the kids.”

“It was wrong and insulting, and so I insulted him back,” he said. “I assume he did not mean to sodomize me with a submarine…Just as I didn’t literally mean he was a pedophile…I thought he was just some random creepy guy unrelated to the rescue.”

Taylor Wilson, one of Unsworth’s lawyers, said in an opening statement that Musk should not have branded Unsworth a sex predator “in what should have been one of the proudest moments of his life.”

Musk’s lawyer Alex Spiro countered that Unsworth “did not act after the tweet like a man who suffered because of it.” per Reuters. “The plaintiff is saying he has been horribly damaged, and deserves money. He doesn’t,” Spiro said.

Musk has testified in a court filing in September that he was “financially illiquid” and unable pay the $75,000 in damages Unsworth initially demanded, because the vast majority of his assets are tied to company shares. 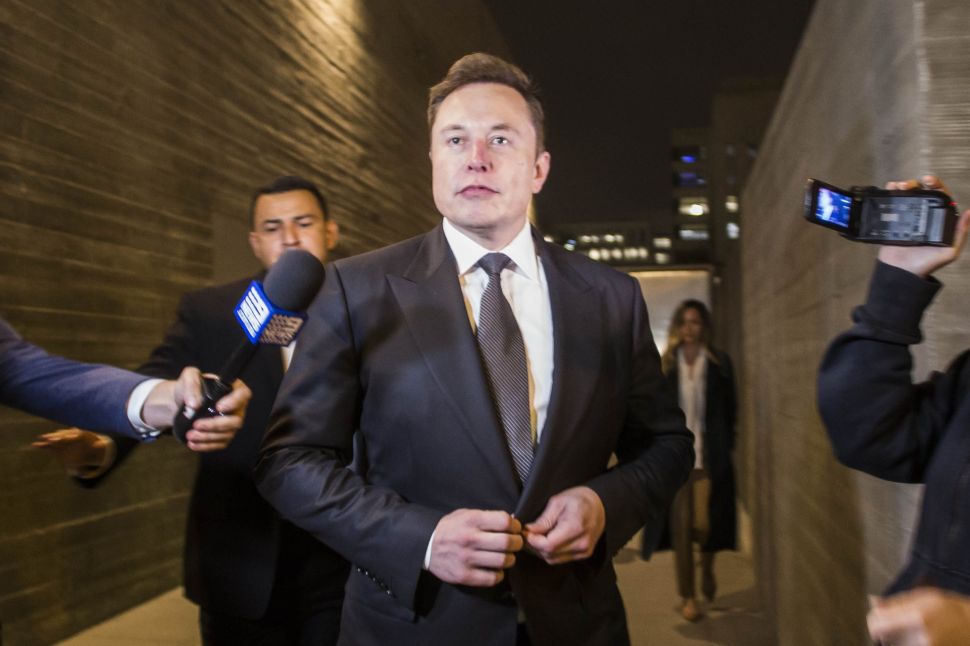