Despite what anxious gallerists might think, the status quo of Miami Art Week fundamentally isn’t being threatened: under the warm Florida sunlight and against the backdrop of hundreds of excited murmurs, deals are being struck just like usual. However, the existential threats that the world’s problems are inflicting upon the arts were front and center at a panel conversation titled “The Ethics of Museum Funding” that took place at the Miami Beach Convention Center on Thursday afternoon.

To kick things off, moderator András Szántó commented that although over he’s hosted over 20 such panel conversations in the past and usually had no trouble getting museum representatives to participate, this year was different: “everyone had a calendar conflict all of a sudden.”

SEE ALSO: In Miami, PRIZM Art Fair Builds the Market for Artists From the African Diaspora

To put it succinctly, museums all over the world are in dire need of resources and are finding themselves inundated with criticism about where those resources are coming from. The Royal Shakespeare Company and the National Galleries of Scotland are terminating their relationships with British Petroleum due to backlash; Warren B. Kanders stepped down from the board of the Whitney Museum after artists stated their intent to withdraw from the Whitney Biennial; widespread activism against the Sackler family has led to many institutions quietly distancing themselves from the name.

What does this mean for the future? “If you think about it, this does come up sort of cyclically to some degree: people questioning different aspects of museum funding,” said Mary Ceruti, the executive director of the Walker Art Center in Minneapolis. “A couple of years ago, I was having a lot of conversations around curatorial independence from the commercial sector, and the lines between galleries and museums were getting more and more blurred.” Fundamentally, though, Ceruti hit on the crux of the issue that plagues arts institutions like hers: “There’s no way we can survive without wealthy patrons supporting us on our board.”

As panelist Axel Rüger articulated, (he’s currently the secretary and chief executive of London’s Royal Academy), these partnerships with big sources of money quickly get complicated. Rüger was formerly the director of the Van Gogh Museum in Amsterdam, which was hit with protests due to the relationship the institution had with Shell Oil Company at the time.

Rüger said he welcomed protestors at the museum, a stance that incensed Shell. “Shell, then all of a sudden, said, ‘How dare you do this, you have to defend us,'” Rüger recalled. “And I said ‘No, it’s not that the Van Gogh museum has done anything wrong, these protesters are actually protesting against you and your practices, and we are merely used as a lightning rod or as a very effective platform for the protests.’ If the protests took place on the front steps of Shell headquarters, no one would take notice. When you do it at the Van Gogh museum, front page news.”

When corporations or private donors have mutually beneficial relationships with museums, and those relationships go sour because of public scrutiny, it can be very unclear what to do next. Sarah Douglas, the editor-in-chief of ARTnews, pointed out on the panel that the upswing in scrutiny of the art world has created urgent institutional need for crisis PR. In other words, museums are trying to answer complicated questions about themselves on the fly while being yelled at, and are figuring out how to handle it.

The takeaway from the discussion seemed to be that these issues aren’t going away anytime soon and must be dealt with energetically. However, the wry note of incredulity from the majority of the panelists indicated that to some degree, people in power in the art world are kind of just waiting for all this stuff to blow over, and that seems unlikely to happen anytime soon. 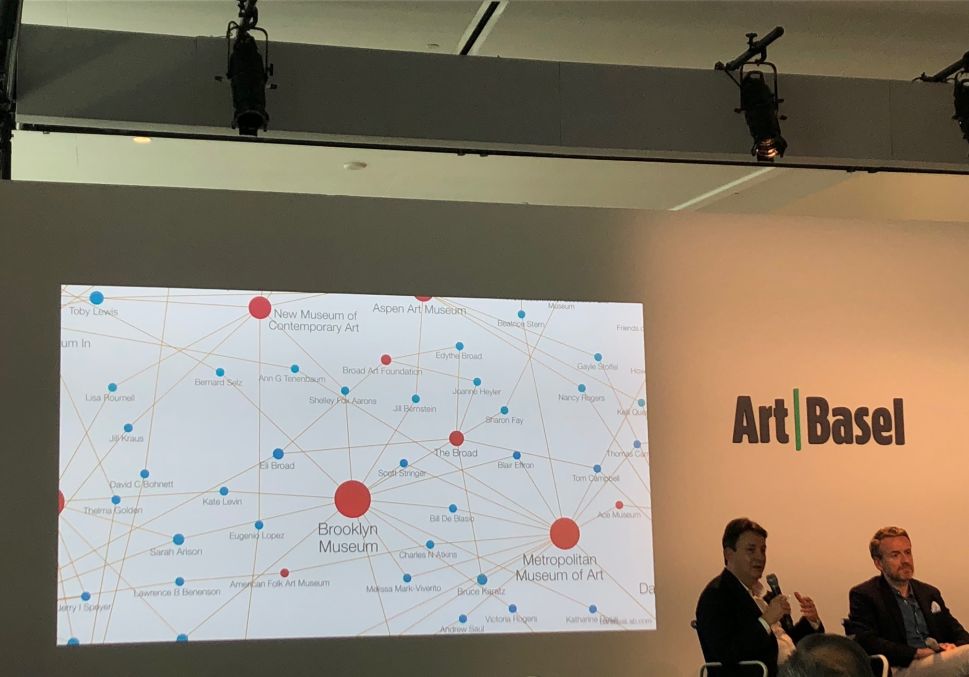