For the better part of the year, Facebook has been quietly working on a plan to merge its many social media platforms—Facebook, WhatsApp, Messenger and Instagram—through what’s known as a set of “interoperability policies.” CEO Mark Zuckerberg has said that interoperating across different messaging apps will help improve user experience and enhance privacy protection. However, federal regulators find the claim doubtful and are looking for ways nip the plan in the bud.

As first reported by The Wall Street Journal on Thursday, the Federal Trade Commission (FTC) is mulling a preliminary injunction to bar Facebook from merging its various social media apps amid worries that such an integration would make it more difficult than it already is to break up Facebook in the any future antitrust action.

The FTC could either seek an injunction or move forward with an antitrust action against Facebook over its interoperability policies as soon as next month, The Journal reported, citing one person familiar with the matter.

The news sent Facebook shares to tumble as much as four percent in the after-hour trading on Thursday.

Legal experts said an injunction would be more efficient in slowing down Facebook’s integration effort than a formal antitrust case, which could drag on for years.

“The advantages are that it gets things moving, and sort of forces things to a judicial decision very quickly as opposed to having an antitrust investigation going for five years,” Tim Wu, a law professor at Columbia University and a former FTC advisor, told The Journal. “The burdens of proof can be higher for the government, but if they’ve got a good case it can be advantageous.”

Aside from the FTC probe, Facebook is under a separate antitrust investigation by the Justice Department and another probe by a coalition of 47 state attorneys general.

Zuckerberg has declared his tough stance on the growing ire at his company from Washington. At a company meeting in July, the Facebook CEO said he might sue the U.S. government if Elizabeth Warren, a vocal advocate of breaking up big tech companies like Facebook, is elected president next year.

“I don’t want to have a major lawsuit against our own government,” he said at the meeting. “But look, at the end of the day, if someone’s going to try to threaten something that existential, you go to the mat and you fight.” 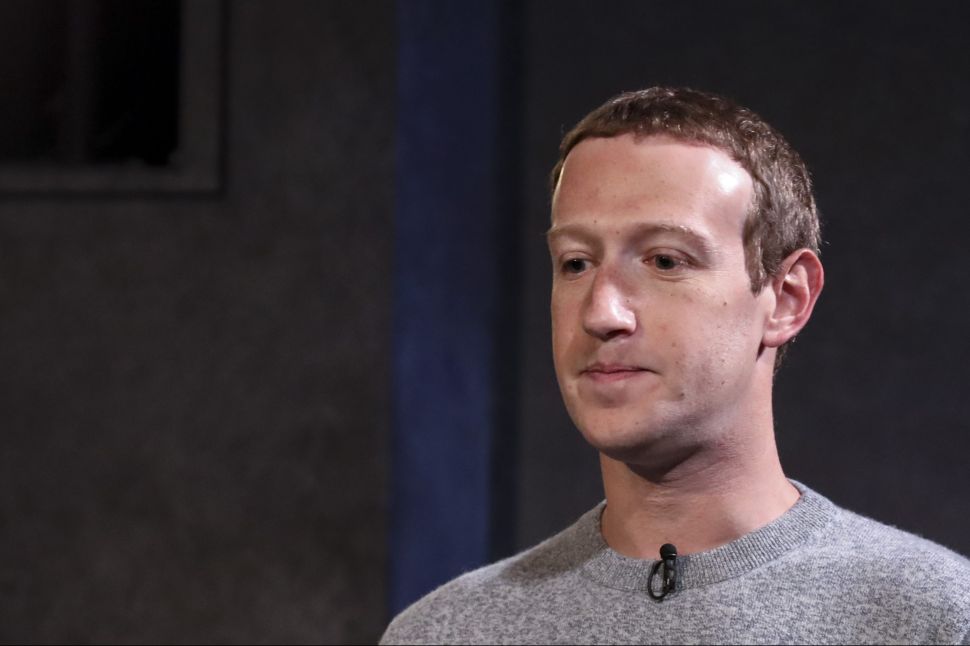