No, no, no. Please. Stop it. Stop it, please. Must we put the “fun” in funeral? Should we make death as whimsical as a made-for-TV Hallmark Channel movie starring Mary Steenburgen?

Two women, celebrity event planner Karen Bussen and Elizabeth Meyer Karansky, “a funeral industry superstar,” have launched a startup company called Farewelling, which aims to rebrand death. Or at least attempts to rebrand “funerals” as “farewellings.” Their hope (get ready for a death pun) is to give everyone a good mourning—with a digital platform to provide tools and resources for people to plan their  final “farewell.” Oh, there’s also a podcast and a bunch of checklists, blog posts and planning tips. Looking at their company’ site—it’s almost like a bad parody. But it isn’t, because this is reality; death has been rebranded with hipster fonts (trying to appease the millennial death crowd?).

SEE ALSO: How Easy Is It to Steal a Hidden Laptop From a Car?

Why the glum face? We can show you how to make all of these innovative funeral decorations out of corncobs, papier-mâché and string!

Yes, I’m sure these women are perfectly well-intended. And yes, I tend to mock what I don’t understand, but the news of this startup got me thinking about rebranding; in this case—failed attempt by tech companies to rebrand their image as “fun” and “hip,” even when they are neither of those entities. Kinda of like a reverse Pepe the Frog, which started as the star of the comic book Boy’s Club and then was co-opted by the alt-right. (And even the term “alt-right” is a rebranding to make “white supremacist” seem more fun-loving.)

So, what do we have?

It’s pretty hard to find a RadioShack these days. Before Apple Stores, RadioShack was once the go-to place for your tech needs and RCA cables. Then, the franchise was greatly lapped in the tech arena. So what did it do? RadioShack rebranded to “The Shack” in an attempt to sound “cool” and fun and to attract the kids. But the name—The Shack—doesn’t sound like it could satisfy your high-tech needs outside of sticks for lighting a fire and a Kindle copy of Walden. And if you look closely at their hipsterized logo, it actually says, “RadioShack The Shack,” which makes zero sense. It makes it sound like it’s a smaller structure that could be found inside their regular-sized store.

The move was a last Hail Mary pass to hip-up their archaic brand. And now, as you can clearly see at your local strip mall, we all know the results.

The RadioShack snafu reminded me of when Pizza Hut momentarily rebranded itself as “The Hut,” as if to say, “We’re not your father’s Pizza Hut—look, we’re all hip and cool now.” (That failed branding attempt quickly disappeared.)

#Slack brands should never launch a logo. It never goes well. Particularly if it fails the two big questions every designer should ask before a logo leaves the room. 1) Could it look like a penis? 2) Could it look like a swastica? If the answer is ‘a little’ — it goes in the bin. pic.twitter.com/cc0oRCupPH

Airbnb's new logo is a rorschach test where the only correct answer is vagina. pic.twitter.com/7thtD0KlbH

At the time, CEO Brian Chesky told Fast Company that his team looked at “thousands” of mock-ups before settling on the rebranded logo. I think Manchipp’s comment about the Slack logo could easily apply here with a twist: “A big question a designer should ask before a logo leaves the room: does it resemble a vagina?”

Well, give Aribnb a little credit—at least it’s not a swastika vagina.

So lessons are to be learnt from Airbnb’s logo debacle, right? Well, tell that to Sears. Everyone’s favorite store to buy grandpa pants rebranded its logo in April of this year.

According to a Sears spokesperson: “The new icon was created to represent both home and heart. This shape also conveys motion through an infinity loop, reminiscent of one getting their arms around both home and life. The rings, like those of a tree trunk, show longevity.”

OK, well the logo still looks like Airbnb’s logo, and you already know my take on what part of the human body that looks like.

Not everything that isn’t hip and cool needs to be rebranded as hip and cool. And we don’t always need to put the “fun” in funeral. 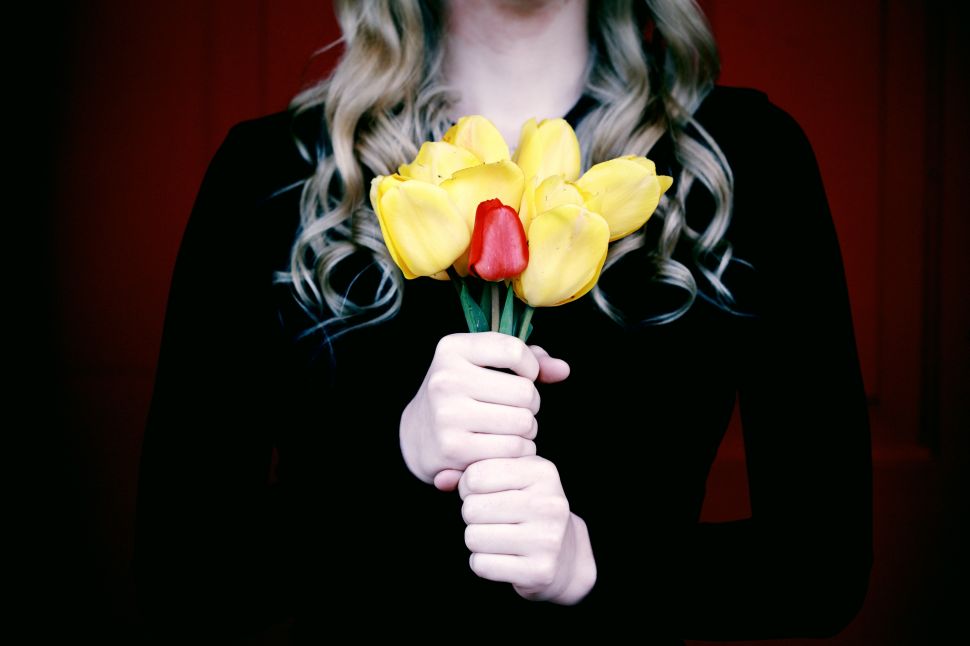